Maine Mendoza and Liza Soberano have an important message for their fans
Loading
Already a member? Log in
No account yet? Create Account
Spot.ph is your one-stop urban lifestyle guide to the best of Manila. 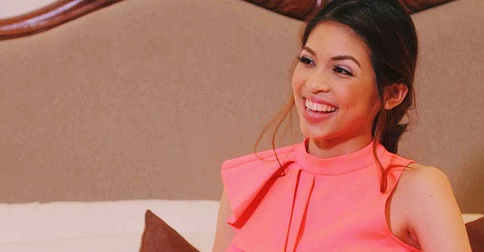 We love these two.

(SPOT.ph) When it comes to local celebrities, they seem to go hand-in-hand with rivalries. Things get even more heated when a love team is involved, as fans passionately defend their favorites to the death. Some fans, however, take their defense a little too far and certain celebrities are having none of it.

Take Maine Mendoza, for instance, who is one-half of the immensely popular #AlDub love team. When a fan tweeted a rather rude comparison to another famous celebrity, Maine replied with a little advice.

Meanwhile, Liza Soberano, is being more vocal with her stand against bullying. Two weeks ago, she deactivated her Twitter account because she was reportedly disappointed at how her fans were bashing other celebrities. In an interview, she explained, "I just wanted to let [the fans] know na sa akin, hindi okay na nangba-bash kayo ng ibang tao. Kung ako 'yong bina-bash, hayaan niyo lang, kasi I can take it, I'm used to it na. But there are other new stars, there are other people being bashed and ayaw kong nanggaling sa fan group ko."

Liza said that she eventually returned to Twitter because she wanted to keep interacting with her fans.

Liza Soberano Maine Mendoza
Your Guide to Thriving in This Strange New World
Staying
In? What to watch, what to eat, and where to shop from home
OR
Heading
Out? What you need to know to stay safe when heading out