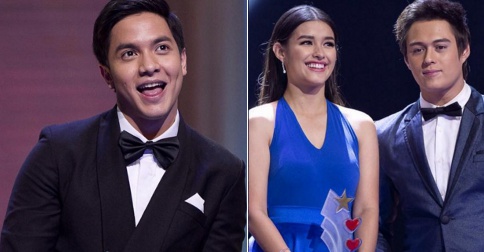 Look: Alden Richards and LizQuen hanging out in one event!

(SPOT.ph) Fans are going wild over photos of Alden Richards and LizQuen looking pretty chummy at the 29th Star Awards for TV. The three, along with Maine Mendoza, were given German Moreno's Power Tandem Award during the program. (Maine was absent due to a prior commitment.) Check out these photos:

In terms of acting, Maja Salvador took home the Best Drama Actress award for her work in Bridges of Love. Meanwhile, Alden was recognized for portraying Jose Rizal in the historical mini-series, Ilustrado, which also won Best Drama Mini-Series.