Kitchie Nadal and Gab Valenciano have some strong words about Duterte's morals
Loading
Already a member? Log in
No account yet? Create Account
Spot.ph is your one-stop urban lifestyle guide to the best of Manila. 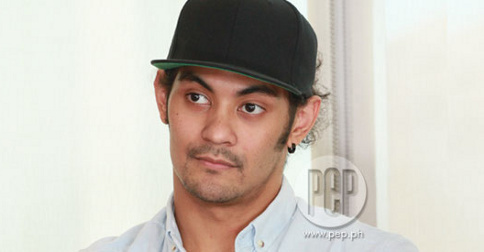 (SPOT.ph) Since presidential aspirant Rodrigo Duterte admitted that he has a second wife and two other girlfriends, plenty of people have aired their thoughts on the issue...including some celebrities. Take, for instance, singer Kitchie Nadal who posted her comments on Duterte's "womanizing." 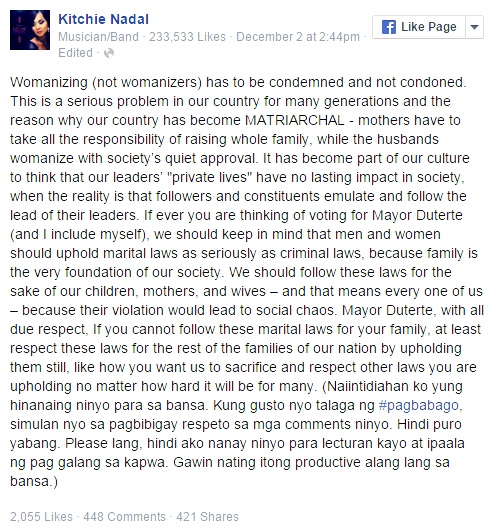 On December 6, Gab Valenciano—who has never been one to keep silent when it comes to issues—came to the singer's defense via his Facebook page: 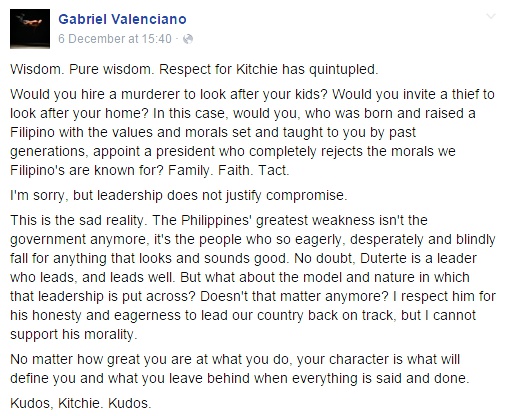 He also responded to commenters that asked him about his preferred candidate, given that the other choices are "all trapo." saying, "The issue here isn't about who should be president or who would be better. I made that quite clear. He is a leader, no doubt. Please do not take my opinion out of context. I am speaking about morality and what a true Filipino should stand for. Yes, the others have so much garbage latched on to them as well, and I would never represent or endorse them in any way, but when any decent person boasts about dirty laundry, in this case a presidential candidate, that shouldn't be socially acceptable. You say you want change yet are willing to compromise for the sake of acquiring that change. I think that should be reason enough to rethink your argument."