PHOTOS: Who were the celebrities spotted at Vic Sotto and Pauleen Luna's wedding?
Loading
Already a member? Log in
No account yet? Create Account
Spot.ph is your one-stop urban lifestyle guide to the best of Manila. 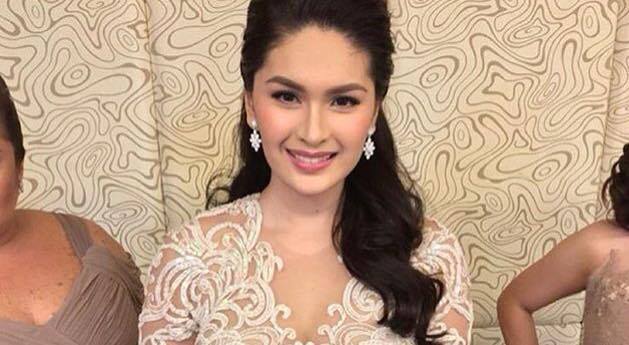 PHOTOS: Who were the celebrities spotted at Vic Sotto and Pauleen Luna's wedding?

(SPOT.ph) After four years of dating, Eat Bulaga hosts Vic Sotto and Pauleen Luna tied the knot in an intimate ceremony with friends and family today, January 30. The couple were engaged in September 2015, and got married at St. James The Great Parish Church in Alabang, Muntinlupa City.

Parts of the wedding, such as the preparations, a sneak peek at Pauleen's gown (created by designer Francis Libiran) and the invitation were aired on the noontime show.

Ryan Agoncillo interviewed Pauleen, while Jose Manalo and Wally Bayola dressed as their KalyeSerye characters to interview Vic. Here are some of the celebrities who were spotted at the wedding:

Ruby Rodriguez as the bride's Matron of Honor

Vic's Best Man was his son with Coney Reyes, Vico Sotto. Here with him is Lolit Solis.

And the Sotto family showed their full support!

She was later seen hanging out with Miss Universe at the reception.

But of course, a solo picture is in order!

The veil comes down.

The bride is transported to the church.

And the ceremony starts.

Celebrity Wedding Pauleen Luna Vic Sotto Wedding
Your Guide to Thriving in This Strange New World
Staying
In? What to watch, what to eat, and where to shop from home
OR
Heading
Out? What you need to know to stay safe when heading out