WATCH: James Reid and Nadine Lustre's first TV appearance as a couple
Loading
Already a member? Log in
No account yet? Create Account
Spot.ph is your one-stop urban lifestyle guide to the best of Manila. 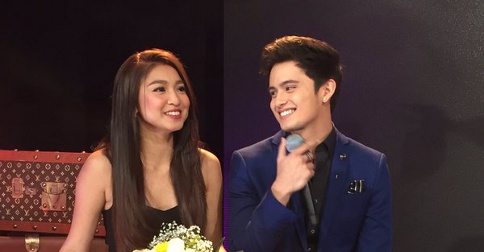 You read that right: they're officially together!

(SPOT.ph) It was an exciting weekend for OTWOL fans everywhere as their favorite love team finally announced what they've been waiting (and hoping) to hear: James Reid and Nadine Lustre are officially an item!

The couple made the announcement during their sold-out concert, JaDine in Love, at the Araneta Coliseum on Saturday, February 20. Fans went wild when James said "I love you" to his on-screen partner during the show; he later admitted to ABS-CBN reporter MJ Felipe that they had been a couple since February 11.

On Sunday, the reel-to-real love team made their first TV appearance as a couple on ASAP, where they performed a sweet duet of Charlie Puth's "Marvin Gaye." They also exchanged "I love you's" while the audience and OTWOL cast looked on (above).

In a separate interview with ABS-CBN News that same day, James said that he had courted Nadine in "Filipino tradition" and even asked permission from her father. He originally planned to wait until their concert to officially ask her the big question, but revealed he had asked her over dinner on February 11.

He also dismissed claims that their relationship was a publicity stunt, saying, "It’s such a relief. You have no idea how relieving it is to be able to express [my feelings for her] because for me, for the longest time, I’ve had to suppress it or hide it. Now, it’s so liberating to just be able to hold her hand in public and say I love you out loud."

James continued, "She’s still my best friend. When we hang out, we are just like best friends, buddies but there’s that extra connection."

After OTWOL goes off-air, James and Nadine are set to do a world tour, with pitstops in Paris, Milan, Rome, London, and Dubai. They are also slated to do another TV show for Dreamscape in June.