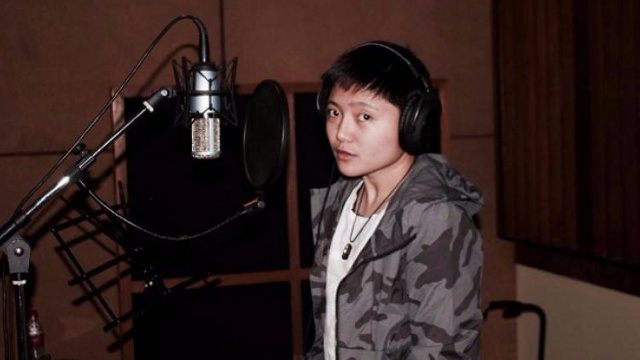 Why Name Changes Are Important to Transgender People

...according to the Filipino LGBTQ+ community.

(SPOT.ph) A few years ago, a young and talented singer named Charice Pempengco came out as a lesbian, then subsequently introduced the world to her then-girlfriend, Alyssa Quijano.

Flash-forward to 2017 and Charice—who once told Oprah that his "soul is male"—has changed his name to Jake Zyrus, a major move that the pop culture world hasn't seen since Caitlyn Jenner in 2015.

From the bottom of my heart, thank you for the love and respect. I love you back and I'm sending peace to everyone.

The news has been met with mixed reactions: while many have supported Jake's decision, some poked fun at his name choice, while others were confused at its significance to transgender people. At the end of the day, however, it's a decision that greatly impacts the Filipino LGBTQ+ community.

In their own words, here is why changing names is a very, very big deal—and something to be treated with the utmost respect and understanding.

"It means a lot for the LGBT Community, especially for our trans siblings, to have someone like Jake Zyrus affirm his gender identity. This isn't about what his sexual orientation is anymore, but how he ought to be comfortable in his own skin and even to his own name.

I think it's important to note that we don't choose our gender identities. The only choice [is] to affirm one's gender identity and to come out. Jake Zyrus came out on his own pace. The burden is now on us as compassionate individuals to accept him for who he really is."

"Name changes are one of the most significant points in a transgender person's life. Unlike haircuts or change of clothing style, name changes often mean that the transition is taking a deeper and more personal level. It is one of the moments when the person is exposing their vulnerability, just like when a child is born to the world. When you combine the words 'celebrity' and 'LGBT,' it is bound to get some significant attention and reaction. In the Philippines, the concept of 'girl, boy, bakla, tomboy' is tightly latched to the culture and Jake's move challenged that again, similar to BB Gandang Hari, Angie King, and Aiza Seguerra.

However, the concept of being a transgender person is still a very misunderstood concept with people ending up seeing the person either as bakla or tomboy, especially if they have identified as either one for some time. We hope that Jake can use his voice to speak for all us and effectively help in educating people that transgender people exist because celebrities are very influential. We are hoping that Jake can stand his ground and become one of the platforms for all those who cannot speak for themselves."

"Names are powerful and they are even more so to the transgender community. Name changes are symbolic; they affirm one's gender identity, the same way labeling one's self as gay, lesbian, or bisexual affirms one's sexual orientation.

Jake Zyrus' name change is a milestone for the Philippine transgender community. To have a celebrity that is so young and yet sure of who he is [to the point of] making such a bold, public change is important to transgender youth and to LGBT youth in general. What is crucial right now is how we choose to react. Do we reject and make fun of his name change, thereby fostering disrespect, hate, and intolerance towards transgender people? Or do we show compassion and promote acceptance towards our transgender brothers and sisters? Like Jake's name change, that decision is ours alone, and what we choose to do determines what kind of people we will be to the Philippine LGBT community."

"[The] bottomline is respect. Human sexuality is diverse and everyone has the right to self-identity. This is why we need to have SOGIE out there so people would understand that it is a basic human right. Jake's move is a big step, and I applaud him for that. It encourages discourse, and it puts a spotlight on issues such as self-identity and respect for something as basic as the right to live your own life and even the right to choose who to love."

"I for one, am one of those people that have not been blessed [with] an androgynous name. I cringe every time I am called by my birth given name at government offices, banks, and other legal transactions. I choose the name Shane Laurence, because it sounds a bit close to my birth given name. But it’s not the name that I’m known for. For the last 20 years, I have settled for the nickname Slac and it’s what people have known me for, onstage and offstage.

If Jake Zyrus is the name he chooses, well, we should all respect him for it. Teasing him that it sounds like a vampire slayer is not entirely something I would call 'acceptance.' Boy, do people have a weird concept of acceptance. If you truly accept someone, regardless of their gender, you don’t need to make jokes about it. I salute him for having the balls to come out with an amazing name. Much love and respect to Jake Zyrus."

"Jake Zyrus' name change will definitely make it clearer for straight people to understand transgender people. I just hope that people will keep their minds open regarding this. When a celebrity comes out of the closet, lots of eyes and ears will be [on] them. At their expense, most especially here in the Philippines where it's a Catholic-dominated nation, the LGBT+ is given a voice which is not listened to by most people. And I'm thankful for the LGBT+ celebrities who are courageous enough to amplify that voice."

"For transgender people, selecting a new name is important. Our names are used everyday by the people we meet, the people we work with, by our friends and family. Often, the selection process takes time. It's more about what fits us, what it means to us, and what matters to us than what sounds good. Often, friends and family are part of the selection process. They suggest names or select from a list of names you've prepared.

When celebrities transition, it brings more attention to our cause. It's definitely a positive thing. However, celebrities are not always the best spokespersons for the whole community. For instance, Jesi Corcuera said that Aiza and Jake were not trans because they didn't have facial hair. His statements shape public perception of trans persons as persons who take hormones to effect changes on their bodies. This isn't true. Trans people can be trans without taking hormones or undergoing surgery. So hopefully, while Jake Zyrus gives us more visibility, media should still approach advocates for more information on transgender issues."

"The greatest fear of having a celebrity be a spokesperson for a whole community is the fact that you might be misrepresented. Jake seems to be (unintentionally) a spokesperson who is and will still be under scrutiny because of his career. But in his case having an indirect approach seems to be working. He doesn't really go into educating the general public but a lot of people are taking this news well and it's sparking interest and curiosity in them. Although it might or might not be because he's a celebrity, but it is shedding some light into the fact that we exist. A lot of people have never even heard of the word transgender before.

A celebrity changing his name to one that he identifies with teaches the general public to respect our gender identities as well as in using preferred names and pronouns. And Jake's response to their acceptance shows everyone just how big of a deal [changing one's name] is for us no matter how simple it may seem to other people.

Having a lot of the public backing him up and giving him positive feedback gives hope to a lot of us in the transgender community. It gives us hope that we are moving forward in our humanity and coming closer to not just tolerable, but a more understanding, accepting and loving community."

To learn more about transgender people and the issues that matter to them, log on to GLAAD's official website.

Lgbt Lgbtq Transgender Charice Pempengco Charice Jake Zyrus
Your Guide to Thriving in This Strange New World
Staying
In? What to watch, what to eat, and where to shop from home
OR
Heading
Out? What you need to know to stay safe when heading out