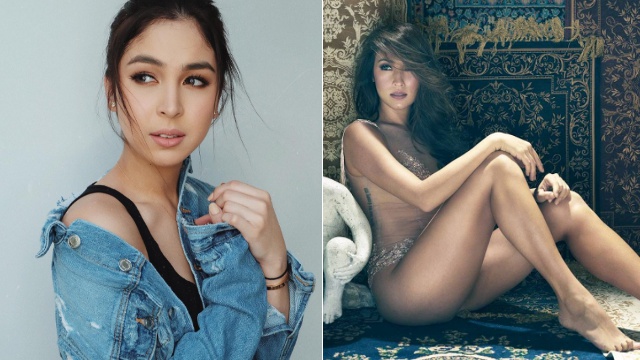 (SPOT.ph) Every year, YES! rounds up an extensive list of celebrities for their 100 Most Beautiful Stars issue. This year, La Luna Sangre stars and long-time love team Daniel Padilla and Kathryn Bernardo were officially crowned as 2017's Most Beautiful Stars.

From long-time favorites to stars on-the-rise, we round up 10 of our favorite celebrities from the list:

It's hard to believe that Solenn Heussaff is a real person, considering she dabbles (and does well) in basically everything from painting to fashion, modeling, acting, and singing. We especially love her outgoing personality, especially when she's with her equally funny husband, Nico!

This talented theater and indie film actor rose to recognizable fame after playing a closeted gay man in ABS-CBN's Till I Met You. He is set to star in Ang Nabubulok, one of the full-length film entries in Cinemalaya 2017.

Many were disappointed to hear that Angel had to pass on the new Darna movie (a role which catapulted her to stardom in 2005). Still, fans will be glad that she'll remain a constant presence on our screens, with a long string of confirmed projects on the way.

Let's all admit it: Barbs stole the show in MMFF 2016's runaway hit, Die Beautiful. After wowing critics and audiences with his performance, Christian is confirmed to be part of the JLC-Sarah reunion movie, Finally Found Someone, as well as topbilling the Die Beautiful spin-off, Born Beautiful.

This talented actress has stolen plenty of indie movie fans' hearts, with projects like 2013's Transit, 2014's Dementia, and this year's I'm Drunk, I Love You and Baka Bukas. We also love that she isn't afraid to speak her mind on national issues that matter.

This 41-year-old actor has long proven that he has versatility, delving into everything from teleseryes like GMA 7's Mulawin vs. Ravena to stage plays like The Normal Heart and indie flicks like Sana Dati, Saving Sally, and Bliss. His next project? The highly anticipated adaptation of F.H. Batacan's crime novel, Smaller and Smaller Circles (above).

This former child actor got his start in a sitcom called Joey & Son, then went on to do several action films as a teenager. Now at 42 years old, he's in the middle of a career resurgence of sorts, nabbing one major acting project after another.

After surprising critics in the MMFF 2016 entry Vince & Kath & James, Julia is proving there's far more to her than just a pretty face or recognizable surname. "You know how they say I get things because of my last name? One day, I just want people to realize that it's because of my hard work and determination," she told YES!.

Paolo has always had a knack for making people laugh; just check out his hosting skills in Eat Bulaga. His incredible turn in Die Beautiful is proof that he can make anyone cry, too.

She's more than just a Bea Alonzo-lookalike. Bela displayed fantastic acting range in commercial projects like Camp Sawi and Ang Probinsyano, as well as independent fare like I America and Tomodochi. She is topbilling the next On The Job sequel, and recently completed Ricky Lee's highly coveted screenwriting workshop.

Yes Magazine 100 Most Beautiful Stars Showbiz Pinoy Showbiz
Your Guide to Thriving in This Strange New World
Staying
In? What to watch, what to eat, and where to shop from home
OR
Heading
Out? What you need to know to stay safe when heading out