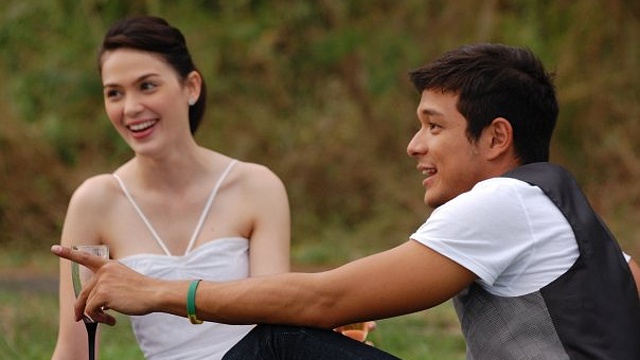 Could Jericho Rosales and Kristine Hermosa Reunite at This Year's Star Magic Ball?

The former Star Magic actress is confirmed to attend the event.

(SPOT.ph) Before everyone swooned over JoshLia and JaDine, there was Jericho Rosales and Kristine Hermosa in the long-running hit series, Pangako Sa 'Yo. The show's success catapulted them into stardom and each other's arms—so much so that even when they untimely split up in 2003, they still continued to work together until 2009.

They eventually went their separate ways: Jericho continued to work in ABS-CBN, while Kristine gradually faded from the spotlight to focus on motherhood. (The latter's comeback project was in the 2016 comedy from GMA Network, Hay Bahay, which ended a year later.)

Now, there seems to be a chance for a reunion in the upcoming Star Magic Ball, slated for Saturday, September 30. Kristine is confirmed to attend the event, while Jericho will presumably attend with his wife, Kim Jones.

In an interview with ABS-CBN, he said that he was "excited" to see his former love team partner, saying, "I can't wait to hear her stories, 'yong mga anak niya, 'yong marriage niya, life nila ni Oyo [Sotto, Kristine's husband]."

When asked whether he'd be open to working with her again for a new project, he answered, "Okay ako, kahit sino walang problema." In the meantime, Jericho's next projects include a new series, Love Will Lead You Back, with Yen Santos and Sam Milby, as well as an indie film with director Paul Soriano.

Jericho Rosales Kristine Hermosa Echotin Star Magic Ball Showbiz Pinoy Showbiz
Your Guide to Thriving in This Strange New World
Staying
In? What to watch, what to eat, and where to shop from home
OR
Heading
Out? What you need to know to stay safe when heading out