Which Filipino Celebrity Had the Most Instagram Likes for 2017?

Plus a collage of their "best nine" moments. 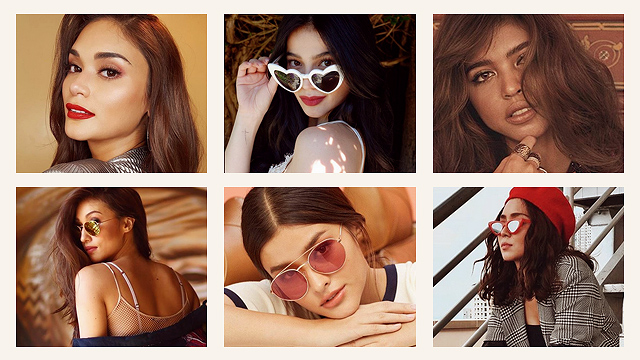 Before we say goodbye to 2017, let's have a look back at the best moments of our favorite local stars. Thanks to the website 2017bestnine.com, compiling nine of their most-liked moments on Instagram has become easier. It can cull the total number of posts and likes, too. 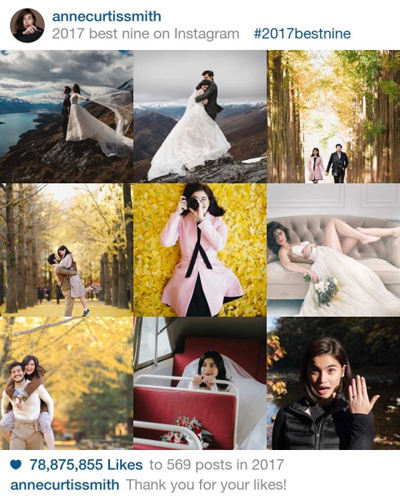 Based on the data, It's Showtime host Anne Curtis Smith had the most number of likes this year. The Kapamilya star garnered more than 78.8 million likes for her 569 posts—the highlights of which include her engagement, prenup shoot, and wedding. 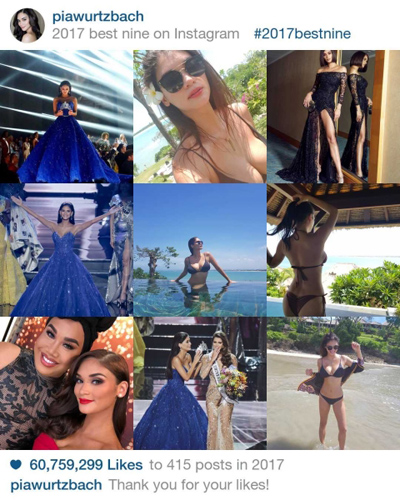 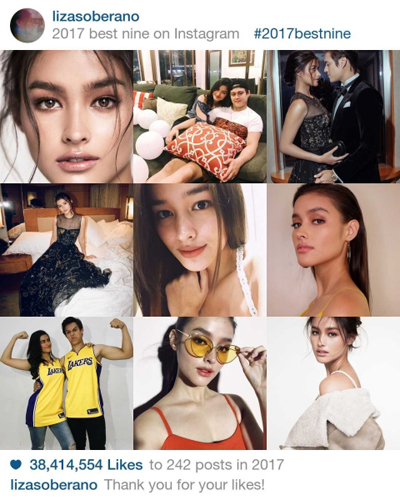 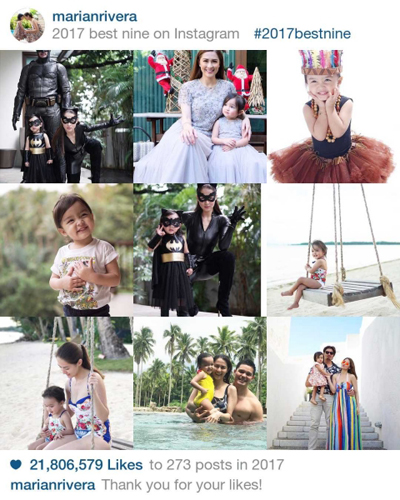 Marian Rivera had 21.8 million likes for her posts about daughter Zia and her trips with husband Dingdong Dantes. 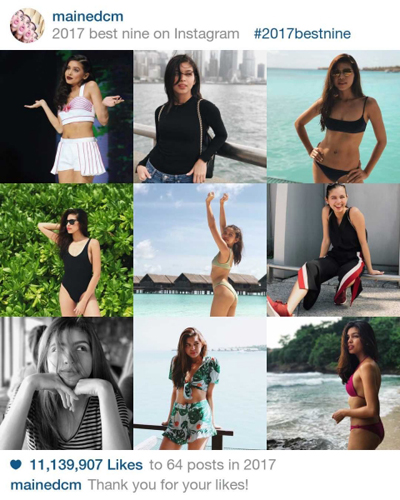 Eat Bulaga! co-host Maine Mendoza only had 64 posts, but she garnered at least 11 million likes. And what was Maine's most liked moment? Her runway photo at the Bench Under The Stars fashion show on November 18. 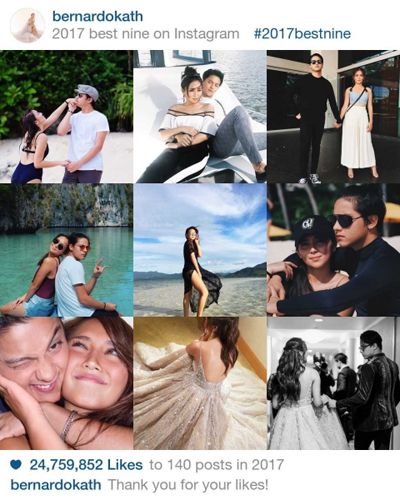 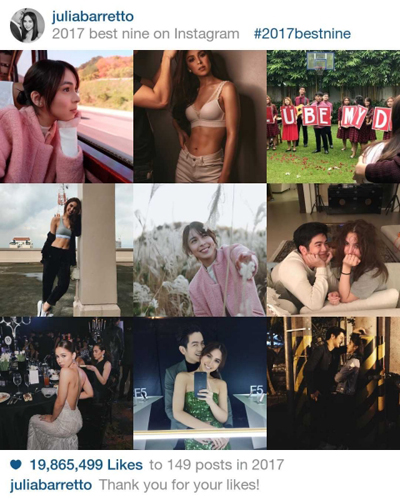 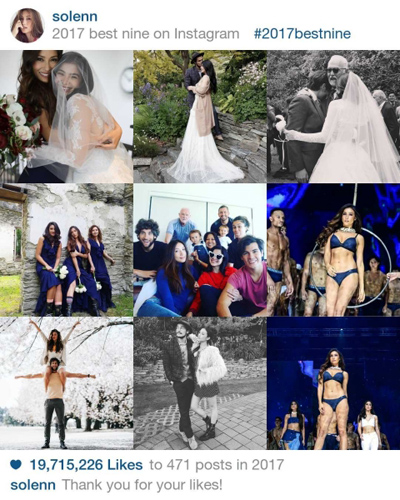 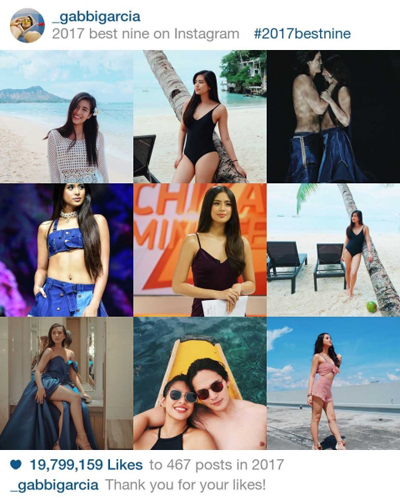 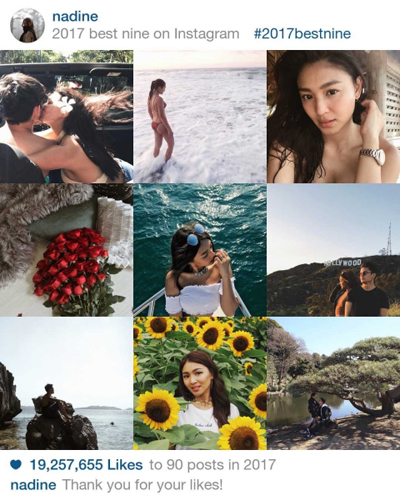 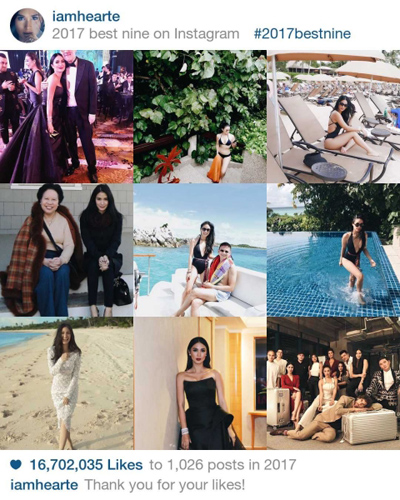 My Korean Jagiya's Heart Evangelista received 16.7 million likes for her 1,026 posts. Among her most liked photo was her with Star Magic's Johnny Manahan. 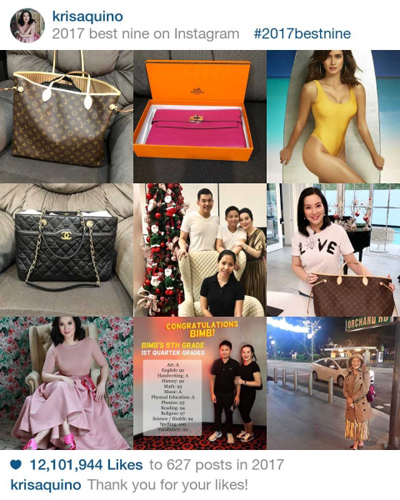 TV host/actress Kris Aquino managed to get 12 million likes for her 627 posts. Her Hermes, Louis Vuitton, and Chanel bags definitely caught the attention of her Instagram followers.

This story originally appeared on Pep.ph. Minor edits have been made the SPOT.ph editors.