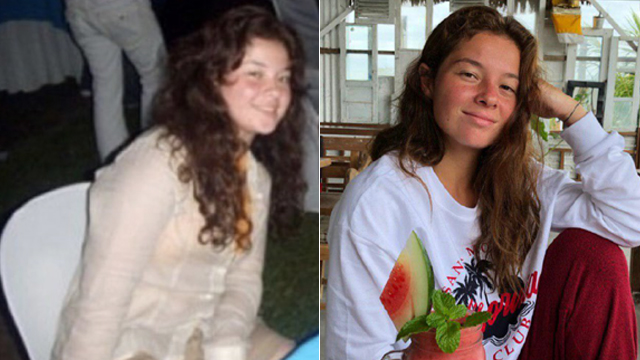 They had an awkward phase, too!

(SPOT.ph) Ah, 2009. The Black Eyed Peas' "I Gotta Feeling" played on the radio every hour, people were wearing Silly Bandz and baller bands on their wrists, oh, and Kanye West interrupted Taylor Swift's speech at the MTV Video Music Awards. If you need more nostalgia whiplash, you were also probably downloading the latest Glee covers after watching the latest episode on—gasp—TV, because streaming wasn't a thing yet.

But you weren't the only one doing and wearing cringeworthy things. Your favorite Pinoy celebs have been posting throwback photos of what they were up to in 2009 and comparing their past selves with the 2019 versions of themselves.

On her Instagram Stories, Andi Eigenmann posted quite a few photos of herself throughout the years.

From being all glammed and dressed up for events in 2009, the actress is now enjoying the beach life with her daughter. She's even building a beach house in Baler and her own Airbnb in Siargao!

TV host Bianca Gonzalez, meanwhile, posted throwback group photos with her former co-hosts Toni Gonzaga, Marielle Rodriguez, and Luis Manzano. Aside from some questioning their fashion choices as a group, Gonzalez also wondered if the four of them would ever get to work together again.

Even The Itchyworms posted their own throwback photos with Ely Buendia. They're having a joint concert in February, but they've actually been performing together as far back as 2009.

While some celebs definitely had some awkward moments, there are also others that didn't seem to have them at all. Heart Evangelista doesn't look like she aged at all compared to her throwback photos. She also posted a photo with Solenn Heussaff.

Heussaff took the challenge one step further and talked about her life in 2009. She says, "Most of you maybe don't know, but [I] studied Design. And started as a fashion designer." She posted a couple of photos of the pieces that she designed. She continues, "Since my design/office job was three times a week, I was also working as a makeup artist." Some of her clients included Ruffa Gutierrez, Georgina Wilson, Angel Locsin, Rufa Mae Quinto, Marian Rivera, and her now-sister-in-law Anne Curtis.

She also explored body painting and special effects and worked with Joey Mead King and Aubrey Miles. Heussaff then studied prosthetics in Paris and worked as a bartender for a year. After that, she joined Survivor Philippines and "just followed the flow that was never part of my dreams."

Well, whether or not celebrities went through their own awkward phases, it's still cool to see their glow-up after 10 years.

Celebrities 2009 Challenge Solenn Heussaff Heart Evangelista The Itchyworms Ely Buendia Andi Eigenmann Bianca Gonzalez
Your Guide to Thriving in This Strange New World
Staying
In? What to watch, what to eat, and where to shop from home
OR
Heading
Out? What you need to know to stay safe when heading out