Alternate Worlds Where John Lloyd Cruz and Bea Alonzo Are a Couple
Loading
Already a member? Log in
No account yet? Create Account
Spot.ph is your one-stop urban lifestyle guide to the best of Manila. 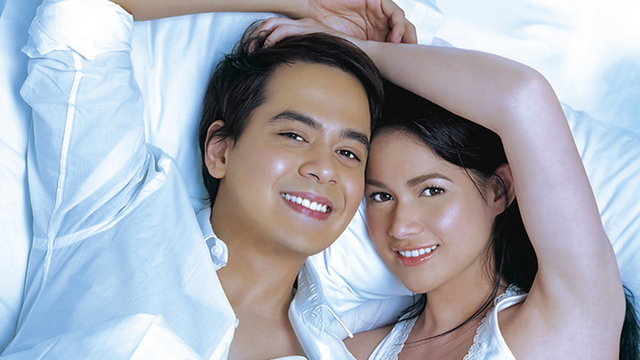 Because they were such a good team-up.

(SPOT.ph) Some love teams are so effective that a part of you wishes they could just end up together in real life—and sometimes, they actually do. We've got the likes of KathNiel, JaDine, and LizQuen, for example. But the kilig power brought about by John Lloyd Cruz and Bea Alonzo is on a different level. The two actors have starred in many movies together (who could forget One More Chance?) but claimed to never have had feelings for each other at all. Either way, that's not going to stop us from imagining a world where they seriously got—and stayed—together.

Here are alternate scenarios where John Lloyd Cruz and Bea Alonzo are a couple:

Cruz and Alonzo proved so good playing their parts that until now, people still quote their movie lines. In this timeline that's based on the 2007 One More Chance, Cruz's Popoy and Alonzo's Basha are longtime lovers who meet in college, but eventually part ways, due to realizations and changes brought on by adulthood. After discussing their differences and talking things out, they meet years later and give each other...one more chance.

They go through challenges as a married couple

In this universe off A Second Chance, Cruz and Alonzo are back as Popoy and Basha and move on from being boyfriend and girlfriend to becoming husband and wife. Married life, however, is not that simple and together they work to iron things out and fix their marriage.

Time and circumstance might get in the way at first, but in the end they're destined to be together

Alonzo's Mia is plagued with problems and Cruz's Alan is questioning his current relationship in their 2010 flick, Miss You Like Crazy. Despite the circumstances that pull them apart, they know deep down in their hearts that they're meant for each other. Sure, it takes an old man to predict all the hardships they would face before eventually ending up together, but destiny always has a few tricks up her sleeve.

They're strangers who meet during their commute every day

Picture this: an empty MRT with just you and the love of your life, except you both haven't met each other yet. Cruz's Michael doesn't believe in love but Alonzo's Betty is a hopeless romantic and while their differences prevent them from truly getting together, she falls in love with the real him, which is basically how Now That I Have You unravels. It's cinematic and cheesy, but we know you'll take a serving of that any day.

In this universe, Cruz's Enzo is an athlete who has to undergo a heart transplant and said organ belongs to Bianca's (Alonzo) ex-boyfriend. Crazy, we know, but when she returns from the U.S. and meets him, he's nothing like the ex she still misses but she gives him a shot anyway and they end up together. Phew, what a mouthful. Bonus: John Prats and Heart Evangelista are in My First Romance, too!

They're two strangers brought together by a voice recording

In this All About Love-inspired scenario, Cruz's Eric is mourning the death of his ex-girlfriend. He records a farewell letter to forget her once and for all and misplaces it intentionally. Alonzo's Lia, meanwhile, is still getting over her fiancé who got another girl pregnant (wild, we know). She stumbles upon Eric's tape and is moved by the love he has and realizes that the voice belongs to someone closer to her than she thought: her neighbor. Be on the lookout for Angelica Panganiban, Jason Abalos, Anne Curtis, and Luis Manzano in this timeline, too!

Taking a cue from their roles in Close to You, Cruz's Palits and Alonzo's Bru have been the best of friends since their youth and they know everything about each other—except his feelings for her, of course. He plans on keeping it that way, but things change when her longtime crush comes back as the lead vocalist of a popular band. After 16 years of keeping his love all to himself, will he finally admit how he truly feels about his best friend?

They're caught in a strange love triangle

In The Mistress, Cruz's JD has always struggled to gain his father's approval...and it's made more complicated by the fact that he's, well, in love with his father's mistress, Alonzo's Sari. Strange and awkward, for sure, but you can't help rooting for the two of them to come to their senses and realize that they should be together.

Bea Alonzo John Lloyd Cruz Miss You Like Crazy One More Chance A Second Chance The Mistress Now That I Have You Close To You All About Love
Your Guide to Thriving in This Strange New World
Staying
In? What to watch, what to eat, and where to shop from home
OR
Heading
Out? What you need to know to stay safe when heading out