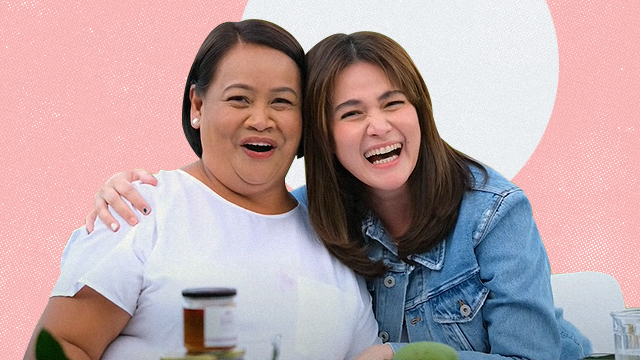 (SPOT.ph) It is no secret that Bea Alonzo's real, honest-to-goodness, birth-certificate-level name is Phylbert Angelli Ranollo Fagestrom. We get it, the actor's angelic features are far from a name like "Phylbert" but hey, we're not the ones making decisions here. In fact, it was her mom Mary Ann who thought up the, erm, interesting choice back in 1987 when Alonzo was born. Decades later, mom Mary Ann has finally revealed the story behind Alonzo's real name in a recent vlog!

The mother-and-daugher duo got together over the New Year break at their family farm Beatifirma, where they shot a cute heart-to-heart Q&A video on Alonzo's YouTube channel! Amid all the interesting tidbits Alonzo asked Mary Ann (Read: Who's her favorite leading man for Alonzo? John Lloyd, of course), the all-important question was finally asked: "Ano'ng dahilan bakit Phylbert Angelli ang ipinangalan mo sa akin?"

"Kasi nung pinanganak kita, uso ang panlalaking pangalan," explained Mary Ann. So she got her father's name—which is where we're guessing the Phylbert part came from—and "pinagdugtong-dugtong ko lang." That is just one of the most popular ways Pinoys make up truly unique names! We're sure you have a friend or two whose name is a combination of their parents' names. At the very least, Alonzo managed to make it out with just one "H" in her name.

Alonzo's mom then explained that she added in her own name, too. "At that time, favorite ko si Gelli de Belen, kaya Angelli," she cheekily said, which prompted a slightly exasperated-slash-amused look from daughter. Looks like Mary Ann saw the chance to immortalize her name with her favorite star's and took it. Plus, could it be plain coincidence that the child she named after her favorite actor became an actor as well? We think not.

So there you have it, Bea Alonzo's real name is a mix of some truly Pinoy techniques and even a bit of prophecy. You can check out the rest of the vlog below: