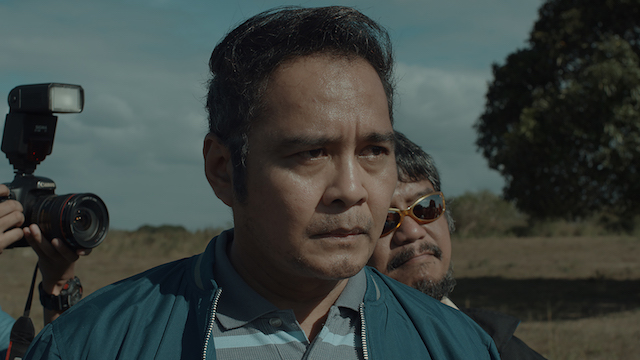 That Volpi cup was destiny!

Over the weekend, John Arcilla brought pride to the Philippines when he was awarded the Volpi Cup for Best Actor at the Venice International Film Festival. The 55-year-old actor won for his stellar performance of journalist Sisoy Salas in On The Job: The Missing 8, the sequel to the 2013 crime thriller On The Job by Erik Matti.

Although unable to physically attend the festival, Arcilla gave his acceptance speech over Zoom and said, "We come from different countries with different languages and cultures, and yet I can feel oneness tonight...that you understand me and we understand each other—all because of the arts and cinema. Thank you so much!"

It seems like Arcilla manifested his win just a few hours before the awarding. On September 11, Arcilla posted a carousel of photos of past Best Actor winners—Brad Pitt, Sean Penn, Javier Bardem, and Willem Dafoe—all holding their golden Volpi Cup on his Facebook and Instagram accounts.

In the caption, he wrote, "Here is the roster of some Great Actors who won the most coveted Volpi Cup at the Venice International Film Festival. I wish I can have one someday! Hahahaha if you dream as they say. Dream big! God bless everyone."

On The Job: The Missing 8 got a five-minute standing ovation after it was screened at the festival, whose Philippine delegation includes Erik Matti, Dennis Trillo, and Quark Henares. Both On The Job and On The Job: The Missing 8 were edited into a six-part mini-series on HBO Go with the first three episodes released on September 12. Succeeding episodes will be available every Sunday.

This story originally appeared on Cosmo.ph. Minor edits have been made by the SPOT.ph editors.

Adventurer Savvy Seasoned John Arcilla On The Job Syndication Syn-00295
Your Guide to Thriving in This Strange New World
Staying
In? What to watch, what to eat, and where to shop from home
OR
Heading
Out? What you need to know to stay safe when heading out