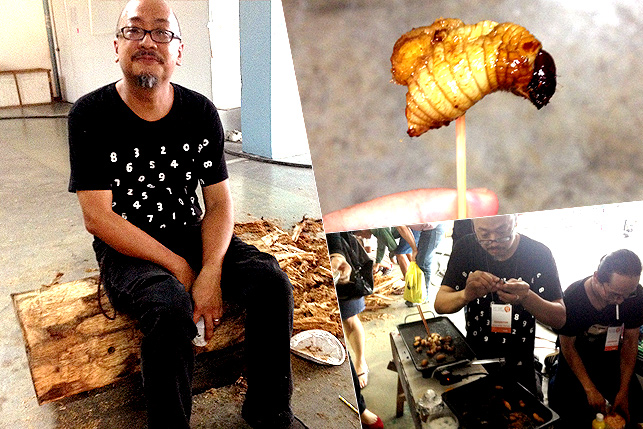 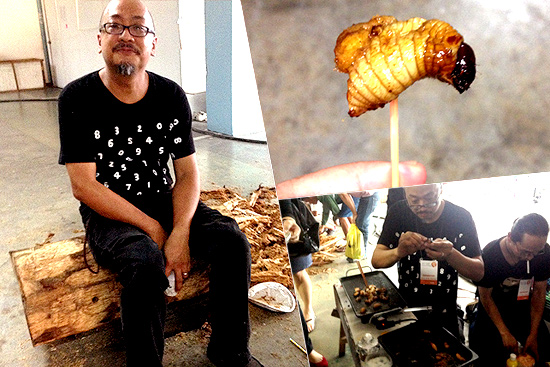 (SPOT.ph) I was walking around the Art Fair, listening for the buzz of a chainsaw, when Ren Aguila ran up to me saying, "Tad's cooking!" I followed him to the garage of the 7th floor of the Link, where Tad had set up a makeshift picnic.

The first thing you see is a log, split open, the chainsaw used to cut it up long gone, though I heard that there was a lot of ooh-ing and aah-ing from the audience when the machine was revved up. Beside it, a sweat-soaked Tad crouched in front of a sizzling hot plate, frying up some kuok, literally grub. They're the centerpiece of his interactive media installation, "Uwang," formerly called "Eye of the Storm."

Uwang is what the locals of Louisiana, Laguna, call the coconut weevil. Tad learned about this delicacy through two of his mates from the band Children of Cathode Ray who hailed from the said town. According to Tad, the locals harvest the pith of a young kaong tree (also known as arenga palm or sugar palm), then return to it about two months later to harvest the kuok, or coconut weevil larvae, which have grown in the stump. "So you use the food two ways-you eat the plant and you eat the insects that feed on the plant," he says. "I don't know this, but I imagine they call it kuok because you can hear the stump is filled with larvae. You can hear this boiling, knocking sound." 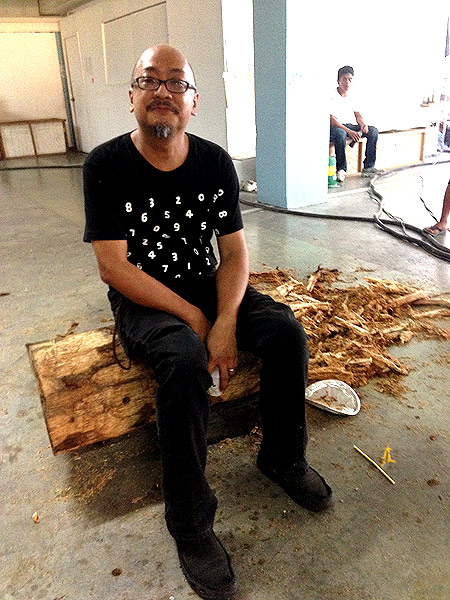 He adds, "I was fascinated with the idea. Someday, I want to frame this. I really had the fantasy of taking it out and putting it in a gallery with mics so people could just hear this incredible sound. It's very complex. There's a lot of crunchy digestion sounds because they're feeding on the pith, but if you listen close enough, you'll hear warbling and chirping. I was thinking that these guys don't have lungs or vocal chords probably, so where are these sounds coming from? It's just brilliant. The sound of ecologically brilliant food practice."

He paired a kaong log filled with live kuok with an instrument that produces music. "You draw by the use of a graphics tablet and a pen. You draw a line, the line fattens and it becomes a virtual kuok, and every time it repeats your gesture, it plays a sound...what you might call a logico-musical portrait of what's happening in the log of the kuok." Tad explains. 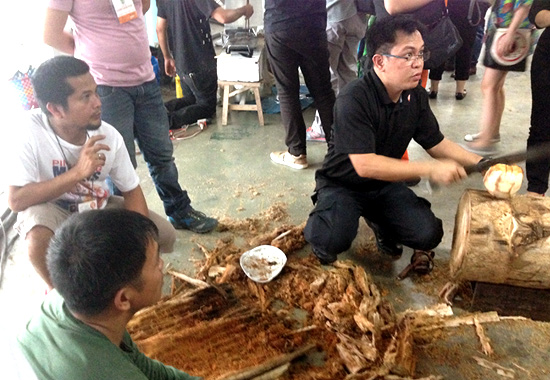 The eating part was borne out of the idea that to communicate with a species was to honor it. "(I paired) the musical instrument with the sound of the kuok, so you're sort of like drawing music in response to the kuok. It seemed like a very animist idea. Communicating across the species. Some (cultures) dance towards the sun. I think there are Native American cultures where they have dances to the bear, like that. This one, you're jamming with the larvae," Tad says.

"And so I thought, the end of the animist narrative is sacrifice. Just because you respect, love, and communicate with the animal, it does not prevent you from killing and eating them. As a matter of fact, you make a link in the circle of life (when you communicate with them) and you close the circle when you eat them. Their life passes into you after this sort of like ritual where you pay them homage, and then you absorb their lives. That's why I thought that killing and eating them was the proper way to end this."

Preparation is easy. "Basically, we just cooked them the way the natives in Louisiana taught us, which is you tear them open (to let the air trapped in their air pockets escape) and you fry them in oil. And then you pair them with (lambanog)," Tad says. "In their culture, it's pulutan, so it's a very macho male food." 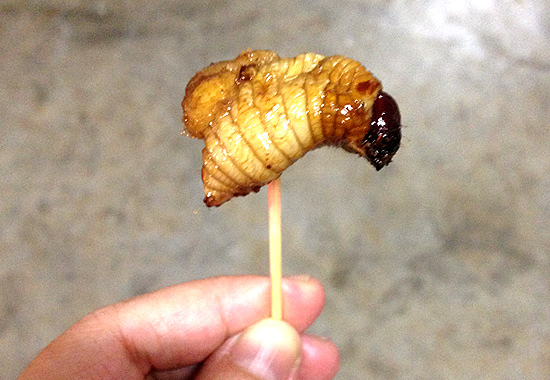 The kuok tastes, for lack of a better word, delicious. Some people may have a problem with the skin, whose texture vacillates between crunchy and chewy, but that's a minor thing compared to the warm, oozy, buttery, sensation that floods your mouth, a glorious umami. The nearest thing I can compare it to is beef fat, the almost melty kind that surrounds a cut of good steak. It tastes so good that after you try your first kuok, you will have no problem reaching for another. Tad summarizes it quite well: "It's the baby fat of an insect that's fed exclusively on ubod. How can that not be good?"

It almost makes you want to take a trip to Louisiana, Laguna, in search of a kaong tree for yourself. It certainly makes you look forward to next year's Art Fair in the hope that it features more delicious edibles. 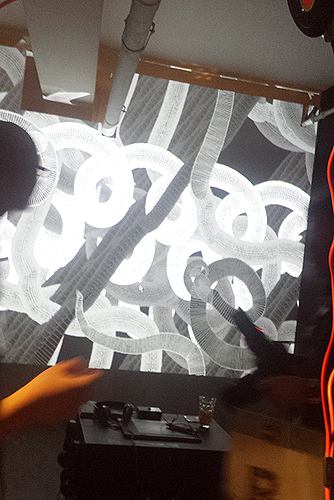 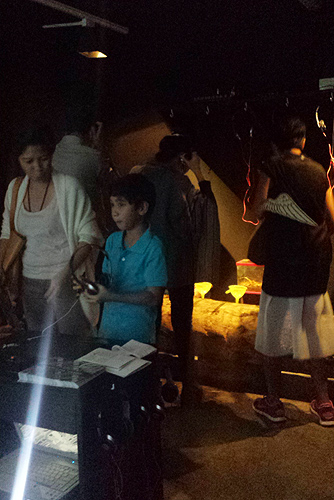 The Art Fair may be over, but you can still see Tad's work, which features the machine and sound art that he is known for, at Deus Ex Machina, his one-man show at 1335 Mabini Gallery, Malate, Manila (check out their Facebook page). The show runs until March 6.