Cecile Guidote Alvarez, and Carlo J.Caparas insist that they do deserve to be National Artists. Malacañang agrees.

Cecile Guidote Alvarez and Carlo J.Caparas insist that they do deserve to be National Artists. Malacañang agrees.

"Before you make judgment, read my achievements first as an artist. Was I an idiot before I became a National Artist?" Alvarez said in reaction to protests from fellow artists who are questioning her new title, reports gmanews.tv.

The head of the National Commission for Culture and the Arts (or NCCA, which chooses the candidates for the National Artist Awards) enumerated previous awards to state her case : a 1972 Ramon Magsaysay public service award for the arts, the CCP Gawad Sining Award for Literature and the Outstanding Women in the Nation's Services.

As to accusations about her closeness to President Arroyo, she said the President never talked to her about the award.   She  also denied lobbying for the award, and cited the Presidential prerogative to include artists in the NCCA and CCP shortlist.

A look at the guidelines for nomination of National Artists in the NCCA website, however, reveals this basic rule: "5.NCCA and CCP Board members and consultants and NCCA and CCP officers and staff are automatically disqualified from being nominated." 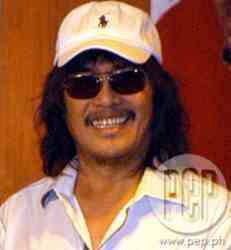 Malacañang also defended its choices for the awards. In response to accusations of politicking, Acting Executive Secretary and Presidential political adviser Gabriel Claudio said,  "I think we can defend [their] track record and qualifications and reasons [for their selection},"  reports gmanews.tv. He said the awardees went through "a thorough process,"and that they "stand by the qualifications, qualities, track record and reputation of those named as National Artists."

Watch Caparas' reaction to his victory as well as those of two former actors in his movies, Senators Jinggoy Estrada and Bong Revilla on GMA'S 24 Oras:

Carlo J Caparas National Artist Cecile Guidote Cecile Guidote Alvarez Carlo J Donna Villa Cecile Alvarez
Your Guide to Thriving in This Strange New World
Staying
In? What to watch, what to eat, and where to shop from home
OR
Heading
Out? What you need to know to stay safe when heading out