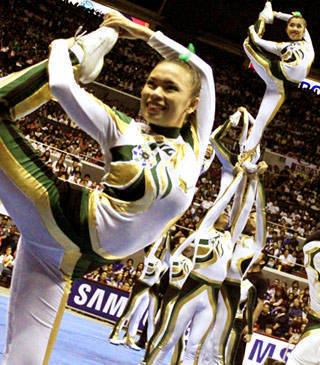 One school channeled Michael Jackson, another made us wonder if they changed their school mascot. SPOT.ph asks 100 people which team had the best costume. Do you agree with the results?

The Far Eastern University (FEU) Cheering Squad won first prize at the UAAP Cheerdance Competition on Sept. 13, but we have to admit, we watched the show for more than the props and pyramids. Which team had the best costume?

SPOT.ph asked 100 people to rank the eight teams. The results: 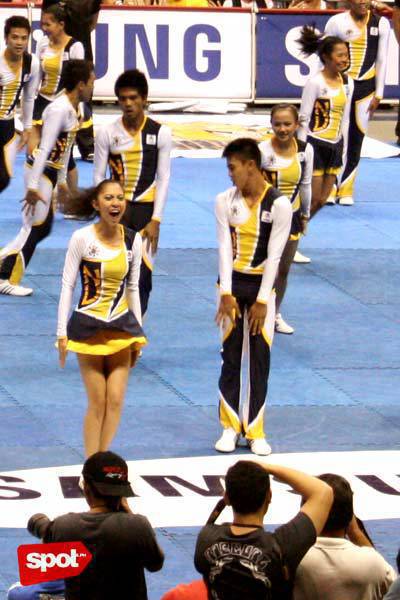 The NU Pep Squad played safe with blue and yellow skirts for the girls and pants for the guys. The girls’ teased hair in ponytails was probably the only interesting detail. They played safe with their routine too, but at least it was clean; we feel like NU and Adamson could’ve taken a page from each other’s books in terms of coordination and costume eccentricity. 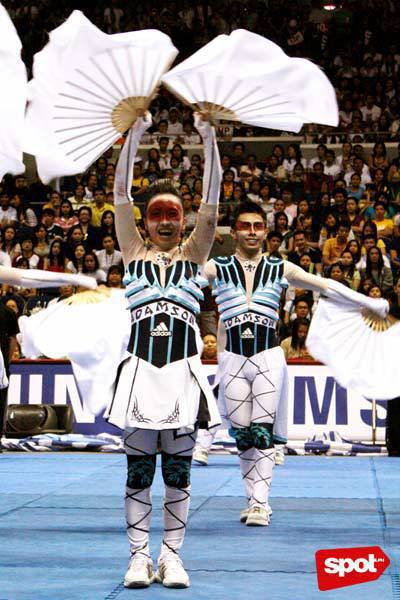 The Adamson Pep Squad went for a samurai look with blue-and-white kimono-inspired uniforms and kabuki makeup. Though their routine fell short of earning them a place in the top three, we liked the part where their sleeves were pulled away to reveal a wing-like pattern, and the white fans were a nice touch. 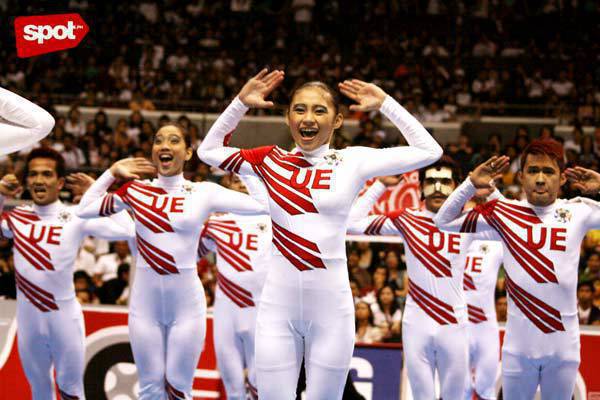 The UE Pep Squad kept it simple with white bodysuits accented with red sunrays. Their music stayed homegrown with OPM songs like "Bandila" and "Pumapatak Na Naman Ang Ulan," but we’re not quite sure if the decision to include Filipiniana dance steps in their routine, complete with tied-up skirts and umbrellas, worked to their advantage. 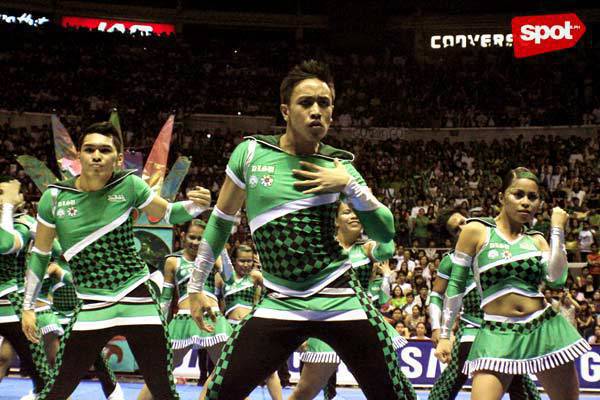 The Animo Squad used a harlequin theme this year with masks, double-breasted jackets and swords. The masks were a nice touch, though worn all too briefly. The diamond-patterned tights had an unfortunate resemblance to Lastikman’s pants, and we wonder if the black jackets were comfortable and flexible enough for a cheerdance routine. 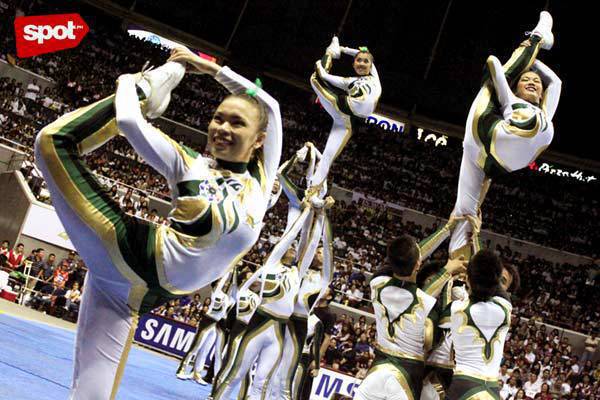 The FEU Cheering Squad wore body suits with sleek yellow, green, black and gold lines and later added huge colorful feathers to their ensemble, inspired by the UAAP’s logo, the sarimanok. Taking the theme further, their routine included a lot of acrobatic stunts and bird-like movements-though it made us wonder if they changed their school mascot from a tamaraw to a bird. 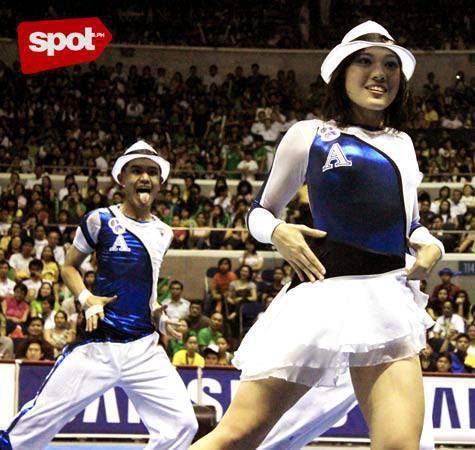 The Blue Babbles, who bagged the second prize after placing fourth for the past two years, kept to their Broadway-inspired routine with tulle skirts paired with long-sleeved white and blue backless tops. They later added white fedoras when they paid tribute to the late Michael Jackson with a pyramid moonwalk.

2. University of the Philippines Pep Squad (27%) 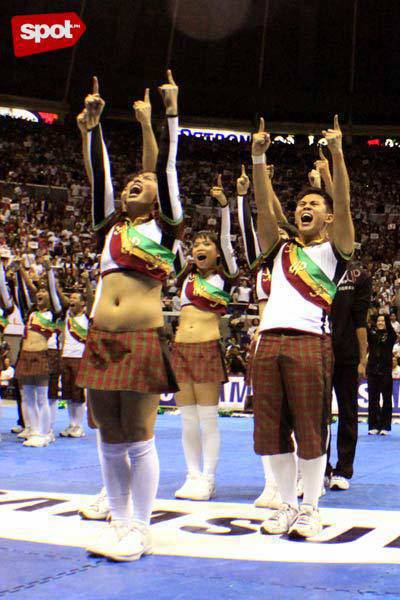 The back-to-back champions’ inspiration was the woven maroon, green and yellow Sablay, the sash-like band of cloth that is the UP equivalent of a toga. Aside from draping the Sablay on their shoulders, which they later tied around their heads warrior-style to bare the iska lettering on their tops, their checkered skirts were also inspired by the Sablay. Unfortunately, the white, knee-high socks made them look like they were wearing Scottish kilts. 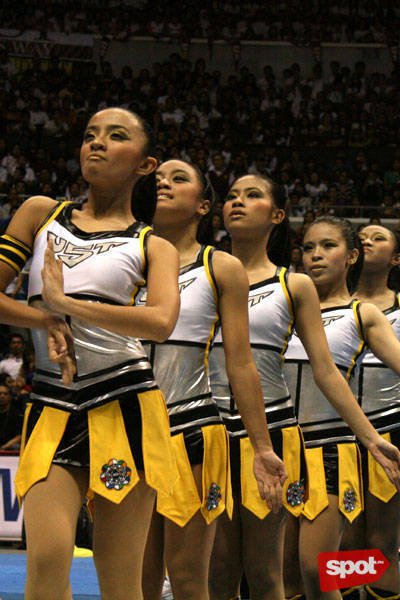 Last year’s second placers and former three-peat champions channeled a gladiator vibe this year, matching their determination to bring the crown back to España. The Salinggawi Dance Troupe had a strong routine filled with unique stunts including a moving pyramid, but it wasn’t enough to get them a top three slot.

SPOT.ph wants to know: Whose costume did you like best?