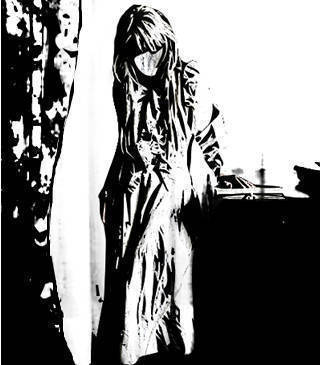 The Ghost in You: 10 Spooky Stories

10 real-life ghost stories that will give you the chills. 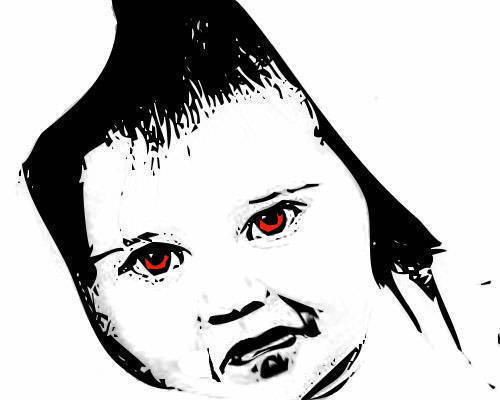 I was on vacation at a relative's house in Pampanga. Like a lot of old houses, my aunt's had stories of being haunted, but I wasn't a big believer. One night, I awoke to hear someone pounding on my door. It was so loud that I was surprised no one else was disturbed. For some reason, I felt like I shouldn't open it, so I just went back to sleep. I asked my aunt about it and she told me to just ignore the knocking if it happens again. That night, I woke up again to the sound of a child crying outside my door. Thinking it was my cousin, I opened the door and saw a little girl in the living room. I told her to go to sleep and at the sound of my voice, the girl turned to face me. It wasn't my cousin, and her eyes blazed as she looked at me. When she started floating towards me, I slammed the door of the room and forced myself to sleep. I haven't been back at my aunt's house since then. -Eduard, call center agent

Everyone in my old office believed that our building was haunted, but I never minded it until one late night when my co-workers and I were in the middle of a meeting at the top floor. We were so immersed in our discussions that we hardly noticed the loud tapping of the typewriter in the finance room next door. It was one of my colleagues who wondered who was typing away when all of us were in the meeting. Several people, myself included, decided to check out the next room but when we entered, there was nobody inside and the typewriter was vacant. Just as we were about to leave, the keys began moving on their own. The rest of us were frozen in fear but one mustered up the courage to approach when the typing stopped. The typewriter ribbon (an old model, it could only be used once) had letters imprinted on it that read, "Ako si Liwayway. Kailangan ko ng tulong." We didn't stick around to see what would happen next. -Corinne, consultant 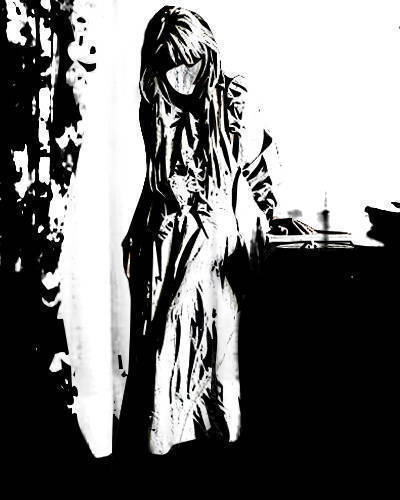 When one of my close friends passed away from cancer, I was left devastated. It was difficult to move on and even my mom was worried about me. I cried myself to sleep for nights after her death and she was constantly in my dreams. One night, I woke up around midnight from a particularly vivid dream. When I opened my eyes, there she was across the room. She was in white and didn't have a face, but on her head was the wig she wore when she lost her hair to chemotherapy. Young as I was, I didn't get scared at all. I just closed my eyes and fell into a peaceful sleep. -Anna, student

Around eight years ago, my mom was confined at the old building of the Capitol Medical Center. The whole family was there and while I stayed behind to do homework, my dad, brother and sister went to the canteen to get snacks. They rode the elevator and were busy talking and laughing, not paying attention to the man in white who was with them. When the door opened, they followed the guy out of the elevator. The corridors were dark; the only light was the moonlight that streamed from a window. The man turned left and my family followed right behind him, surprised when he suddenly disappeared. It was a long corridor with no doors or windows, the three of them rushed back to the elevator, freaked out. When we asked the nurses later that day, they told us the elevator in the old building was really haunted. Apparently, a lot of people have been brought to the floor that my family ended up on–the morgue. -Bea, writer 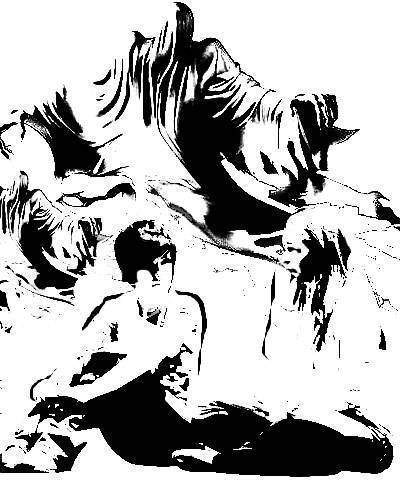 There have always been times when I'm extra sensitive to ghosts, but I've never gotten used to it since it doesn't happen to me all that often. Usually, I just see one or two ghosts a day, and they look more like vague shadows than people. But when I was in Batangas for my high school retreat, my "third eye" went into overdrive. First I saw a shadow, then a priest in full garb. During our last night, we sat in a circle in the chapel holding candles with all the lights turned off. All of my classmates were emotional that night, and when I looked at the girl beside me, she was in tears as well. She wasn't crying because of the session, but because of fear. It turned out she could see ghosts too, and when I looked up, there were countless dark figures circling our huddle over and over. -Louise, student

My good friend Lino used to be the bishop of a town in Leyte and he was the one who told me this story. In 1960s, the bishop's house was being constructed and managed by a priest named Father Julian. The whole thing was almost done when Father Julian died of a stroke. Unfortunately, he handled the affairs of the construction on his own and nobody had any idea about the plans or accounting involved. One evening, Bishop Lino was pacing on his second floor terrace, pondering this dilemma, when he saw Father Julian ascending the stairs towards him. Strangely enough, he completely forgot that the priest was dead. Bishop Lino greeted him and even asked how he was, while Father Julian played along and answered the bishop's questions. Then Father Julian told him that the records of the construction were in his office and he'd like to show the bishop the exact location. Bishop Lino obligingly followed the cleric to his office where he was shown the records. (Later, the bishop told me that he never would've found the papers on his own; they were hidden so well.) Afterward, they went back up to the terrace where Father Julian said to my friend, "Father, aalis na po ako." He turned around without another word and started descending the stairs. Bishop Lino, surprised at the abrupt exit, called after his friend, "Saan ka pupunta?" At his words, Father Julian disappeared before his eyes and it was only then that Bishop Lino remembered that Father Julian was dead. - Rene, retired 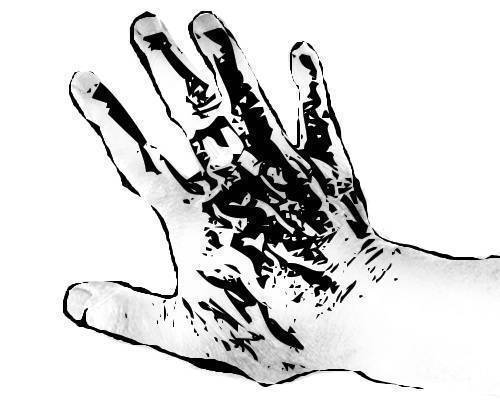 When I was 10 years old, I slept in a room with my mom and brother. There was only a curtain dividing our room from my grandmother's. In the middle of the night, I was jolted awake when I heard someone saying my mother's name. Still sleepy, I didn't get up and just called my mom a few times, telling her my lola was asking for her. When she didn't respond, I turned to look and saw a wrinkled, white hand reaching for my mom. My lola isn't fair at all, but I figured the moonlight altered her complexion. The last thing I remembered before going back to sleep was seeing a large ring on the pale hand. I didn't realize until the next morning that my lola didn't own a ring that large, and when I asked her about what happened that night, she knew nothing about it. -Jonathan, call center agent

When I was still in school, the school bus driver would deposit us at our school at around 6 a.m. Sometimes, the sun wasn't even up but my friend and I would already be on campus. We hung out near the principal's office. It was still dark outside so we were startled when a man in a white shirt and jeans suddenly burst out of the office. He approached us and asked where the cafeteria was. I pointed him in the right direction. I glanced away for a second and when I looked back at him, he was floating a few inches above the air and just as suddenly as he burst out of the room, he disappeared. -Jeremy, training assistant 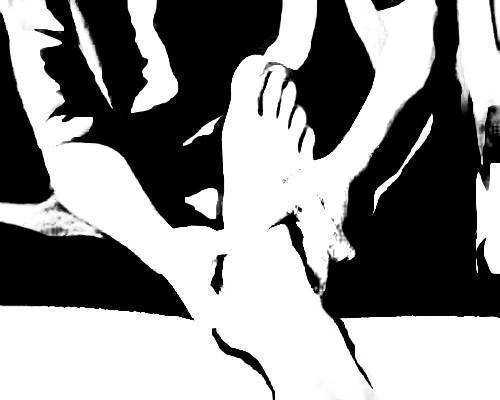 I suddenly woke up in the middle of the night once. When I opened my eyes, there was a man at the foot of my bed pulling my foot. Scared, I grabbed my mom's arm–she was sleeping beside me–and shut my eyes. Just like that, he disappeared. I might be able to dismiss it as a dream, had my cousin not seen the man on a different occasion. -Jaicee, student

I was walking around our school campus with a few friends, taking pictures. It bothered me that in all of the pictures we took, my face was blurry. Even on photos where I had other people with me, their faces were fine and mine remained fuzzy. A friend told me that when he approached us, he immediately noticed the woman trailing behind us. I couldn't sleep properly that night and even my roommates felt an unusual chill in the room. The next morning, my roommate who slept by the window said he dreamt of a woman who stood outside our window, staring at us. -Ricky, student

Halloween Scary Story
Your Guide to Thriving in This Strange New World
Staying
In? What to watch, what to eat, and where to shop from home
OR
Heading
Out? What you need to know to stay safe when heading out