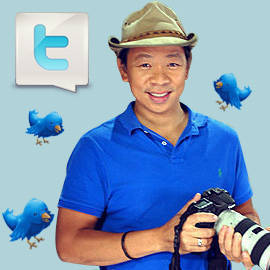 Kim Atienza, TV host, on his recent stroke:
- thank you so very much for praying for me. i’ll be staying for a while in ICU but will be out in a week or two. this is my 1st tweet.
- trivia : there are 2 kinds of strokes. 1 is hemorhagic or bleeding in the brain and 1 is ischemic or blockages in the brain. good morning!
- trivia: what i had was ischemic caused by deposits that blocked my left brain which caused problems in the right side of my body and speech.
- trivia: ischemic is from the greek word "ischaimos" which means "stopping of the blood"
- Felicia my wife has been with me through all this. I love you feli! (photo 1, photo 2)
- Good am! my 1st day out of ICU, more tests and I think I’ll be home in a week. Thanks lord for this stroke, thanks lord for this new life!
-
my whole family slept here last night! thank you lord for this stroke,thank you lord for my family, thank you lord for life! (photo)
- Stroke lesson 1: I learned that God has given me so much that I had to have a stroke to realize these gifts. thank you lord for life!

Kris Aquino, TV host and actress:
- I read this & need to reply- True love doesn’t have a happy ending, because true love never ends. Letting go is one way of saying I love you. - Anon- I agree that true love doesn’t have a happy ending because it never ends, saw that sa Mom ko for my dad. I also agree letting go is 1 way of saying u love the person, y? Because u admit that either u r unhappy, u r making the other person unhappy, or u r both unhappy. And u love yourself & ur ex enough to see that & u wish him & yourself better than misery- u both deserve a chance to live again. Good night.
- Parang ang dami nyong heartbroken too... Yes, I admit even if I’ve had time to accept it, I am heartbroken. I read that the saddest thing in the world is loving some1 who used to love u. What’s really sad for me is knowing that u can never re-live the moments when u 1st fell in love w/ each other, because so much happened to both of u that u lost the reason to keep loving. W/ that, good night, baka mag iyakan lang tayo.
- In my heart I know that I can & will do everything to spare my sons from pain. I truly want my sons to grow up comfortable & well guided. I know I wasn’t a great wife, but I know I’m a loving & 100% responsible mom. Made sure that my 2 boys r swimming now para walang mapanuod sa tv.

Cassandra Monteriod a.k.a. radio DJ and TV host, KC Montero:
- Leonardo Dicaprio visited me earlier. He brought me flowers.. I traded them in for GC’s to Outback Steak house.
- Some lady said, "Hi Cassandra, you are more beautiful in person." I said, "who are you old lady? they kept calling her Queen Elizabeth.

Mo Twister, radio DJ and TV host:
- why the heck is my facial hair growing at such an alarming rate? is it an "old wise man" thing? i have to shave twice a day, damet.
- can somebody please tweet me Amanda Seyfried’s cellphone number? Thanks, I appreciate it.
- shit, 105k peso cellphone bill for me. Even a Steve Jobs would cringe at P2 thousand dollar cell bill.

Pepe Diokno, writer and filmmaker:
- gotta say, the dancing in step up 3 is pretty awesome. film sucks, dancing awesome
- Hey if we kept a file on pork barrel--officially the Priority Dev’t Assistance Fund (PDAF)--it’d be called the PDAF-file. PDAF-file! Lol.

Artwork by Warren Espejo. Photo from PEP.ph, courtesy of ABS-CBN.