Manny Pacquiao, Wille Revillame and Piolo Pascual are RP's Top 3 individual taxpayers for 2008
Loading
Already a member? Log in
No account yet? Create Account
Spot.ph is your one-stop urban lifestyle guide to the best of Manila. 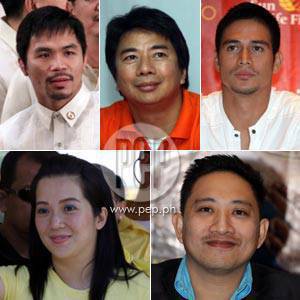 The Bureau of Internal Revenue (BIR) named boxing champ Manny Pacquiao, TV host Willie Revillame and actor Piolo Pascual as the first three in their list of the Top 500 Taxpayers of 2008, PEP.ph reports.

BIR Commissioner Joel Tan Torres released the Top 20 Taxpayers in April to encourage the public to file proper tax returns. For the safety and privacy of the people in the list, the BIR did not reveal their personal information such as their total earnings and corresponding remittances, according to a PEP.ph report published in July. The bureau later removed the list from their website after some of the named taxpayers requested for them to do so. However, PEP.ph reported earlier this month that the local magazine BizNews Asia has recently enumerated the BIR’s Top 500, including the taxes they paid.

Top 20 Taxpayers Of 2008 Toptaxpayers Mannypacquiao Willerevillame Piolopascual
Your Guide to Thriving in This Strange New World
Staying
In? What to watch, what to eat, and where to shop from home
OR
Heading
Out? What you need to know to stay safe when heading out