Tweets of the Week: Anne Curtis, Kris Aquino, Gang Badoy + more
Loading
Already a member? Log in
No account yet? Create Account
Spot.ph is your one-stop urban lifestyle guide to the best of Manila. 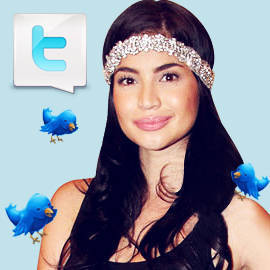 Anne Curtis on boyfriend and No.1 fan Erwan Heussaff, Divine Lee on Christmas preps, Gang Badoy on NU 107, and more!

- @annecurtissmith Never fails to make me smile.. http://plixi.com/p/53570166
- The first day after long weekends are always so chaotic and problematic.But so worth going through after such an amazing last couple of days
- Its sad that people don’t even let ambulances pass here.. The rule is, go to the side or shoulder and stop. Not cut in front and/or follow.

Divine Lee, real estate heiress, gets into the Christmas spirit:
- I added feathers sa xmas tree. Ang judgment??? Baklang bakla daw. Haha!
- Christmas trees are ♥♥♥ They look so pretty! Mine looks a little overdone-you can barely see the tree. I reused all the decors available!

Kris Aquino, actress and TV host:
- I just read James’ interview w/ tito Ricky- truth is we r now communicating better. Honest, walang ill feelings na on my part. He said there na he couldn’t talk about me- I will talk about him, OKAY kami. I even told him na I’m praying we end up good friends because that’s how we started. Told u- it’s not the way I hoped or how I planned but somehow it’s enough!

Gang Badoy, Rock Ed founder on the closing down of NU 107:
- Sitting on the sidewalk outside NU107. Last broadcast, hundreds out on the street. Love.
- NU107. An idea, some wires, engineers, voices, mics, listeners +music. But look! Look-it built a world.
- To be accurate, the last song of NU107 wasn’t Huling El Bimbo, it was Lupang Hinirang. Fitting.
- Just walked back from NU to take a few last photos. 3 candles still burning outside. "Ang tanging pabaon ko ay pag-ibig." Thank u @nu107.
- Right after NU signed off, the crowd chanted "N-U, N-U!" I wondered who they were cheering for. Not the DJs nor the owners -but themselves.

Jim Paredes, singer and songwriter:
- Sorry, wrong link. Here’s the link to apology http://bit.ly/9KBD6W
- To me, the apology was not needed. Can’t be too sensitive. Ganun din naman tayo sa ating sarli at sa iba.
- A friend asked a Thai why their language sounds like cats meowing. Thai answered saying, Tagalog sounds like ’boiling water’ to dem.

Pepe Diokno, filmmaker and writer:
- Can we all calm down abt Mai Mislang? You can’t fire someone over her breeding. In fact, with her tact, Id make her a Presidential sister.
- UK, Aus warn of terrorist attacks in Manila malls. They obviously hvnt considered the fact that our security guards come w/ MAGIC WANDS.
- Is there any chance the "imminent terror attacks" include Korina’s return to television? I kid. I kid.
- Rather than change anchors, I thnk ABS-CBN, GMA need to rethink the news they present. I mean, how is a 4-car pile-up national news?
- An ad for a Fort condo boasts they have the "longest stretch of Manila golf course views." You know, so u cn see our politicians in action.

Gabe Mercado, comedian:
- And so tonight, TV Patrol brings back Noli and Korina while Willie brings in Shalani on TV5. I’m sure NBN4 won’t take this sitting down.
- So, kites have been banned at BGC and at the MOA area and now at the Ateneo. Oh well.
- But to be fair, it probably just means that I just need to fill out the bureaucratic red tape of a permit every time I intend to fly a kite.
- What a horror it would be if UP one day banned picnics.

James Jimenez, Comelec Spokesperson:
- News: Terrorist attacks may be imminent! ... In LATE-BREAKING news, the attacks were cancelled cos the bombs were sent to RP, not the PHL.
- its funny how some people leave a thought hanging, waiting for someone to make a definite stand so they can agree. LOL
- NU107’s final sign off is the final ravaging.

Artwork by Warren Espejo. Photo by Noel Orsal of PEP.ph.

Tweets Of The Week Celebritytweets Anne Curtis Divinelee Gangbadoy
Your Guide to Thriving in This Strange New World
Staying
In? What to watch, what to eat, and where to shop from home
OR
Heading
Out? What you need to know to stay safe when heading out