On Third World Happy: Sam Milby does a fairly good job
Loading
Already a member? Log in
No account yet? Create Account
Spot.ph is your one-stop urban lifestyle guide to the best of Manila. 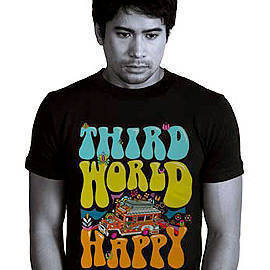 Our SPOT.ph blogger approves of Milby’s portrayal of a lost balikbayan but says the one to really watch in this film is Jodi Sta. Maria. 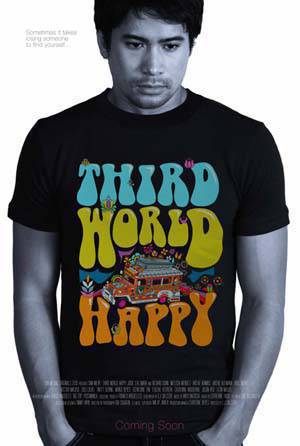 The first film I caught at the on-going Cinema One Originals festival is Third World Happy by balikbayan director E.J. Salcedo. Sam Milby plays Wesley, balikbayan (finally, his accent is perfect for the role) who comes home for a family funeral. I made it a point to catch this film first because I really wanted Sam Milby to redeem himself in my eyes. Not that it matters in the grand scheme of things. I just had a feeling this tailor-made role in this sensitively observed film would make me change my mind.

I've never been a fan, and honestly, I'm still not-but in all fairness, S.M. does a fairly good job portraying a lost balikbayan, floating in a stew of jetlag, emotional baggage, and Manila traffic. Dazed and depressed, drinking endless cups of instant coffee in disposable cups, Sam's Wesley has to face his painful past: the girl he left behind, the tragic death of his parents, and now another beloved family member gone. He's wrapped up in his privileged problems and cut off from the people who care about him. Wesley seems incapable of doing the one thing he wants to be because he won't allow himself to be happy. And if you look beyond the trademark Sam Milby cuteness-which they make jokes about in the movie-you'll find an angst-ridden wreck, a deeply unhappy man. Not too shabby, Samuel Milby from Troy, Ohio. (And I just read that he used to be a competitive ice skater. Who would have thought? I love ice skating for everything that it is: the pageantry, the skill, the competition, the costumes! Will someone please put Sam in an ice skating movie?)

But the one to watch is really Jodi Sta. Maria, who plays Wesley's long suffering ex girlfriend. While she's not classically beautiful or even conventionally "hot" like other young actresses, Jodi Sta. Maria's talent sets her apart. She's like a young Vilma Santos, extremely easy to watch on screen, emotionally translucent, strangely magnetic and accessible at the same time. Jodi Sta. Maria is a hard working actress whose career is definitely flourishing-she's on television doing soap operas and commercials, plus she's acting in several mainstream and independent movies. I'm really glad they cast her as the martyred Pinay who finally learns to let go.

The rest of the film develops ponderously over an hour and a half and sometimes veers into the vaguely intellectual (but I really want to say pretentious) territory. In one scene, Wesley discusses the highly praised and award-winning novel Ilustrado which the funeral parlor owner is reading, calling it a "must read" for Filipinos abroad. (Meanwhile, Tweet Sering plays the funeral parlor owner-a charmingly offbeat female character-with such precision that one wonders if she is playing herself. And if she is, will someone please make a movie about a chain smoking and ironic woman, a funeral parlor doyenne who reads contemporary literature on her yosi break and writes great obituaries. Quick, then Sam Milby can do a cameo!) Ogi Sugatan's cinematography has some lovely moments in an underwhelming, quiet sort of way: a gorgeous interior shot of old houses in Sampaloc, the faces of random commuters on the train, Wesley and his boys driving around a cherry red box type Lancer in the late afternoon sun. And while I was a bit impatient with the way the plot unfolded, I was infinitely grateful they did not go overboard with the music in this film. There's a couple of good songs, a couple of funny jokes, and coolest of all, a realistic ending.

Catch Third World Happy at the Cinema One Originals film festival at the Shang Cineplex, Shangri-la Mall until November 16.

Third World Happy Ejsalcedo Sammilby
Your Guide to Thriving in This Strange New World
Staying
In? What to watch, what to eat, and where to shop from home
OR
Heading
Out? What you need to know to stay safe when heading out