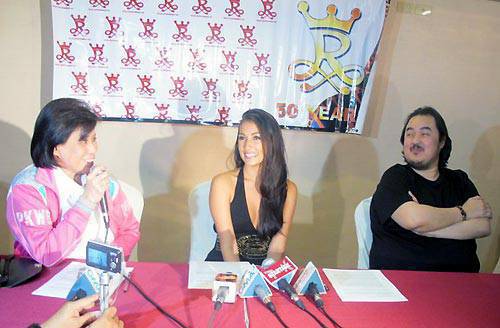 Survivor finalist Solenn Heussaff has signed with Regal Films and record company MCA Universal. Abante Tonight reports that Heussaff became an official "Regal Baby" yesterday at the contract signing at Imperial (Palace Suites) in Quezon City. According to PEP.ph, she will shoot three or more movies for the film outfit. One of those movies, her manager Leo Dominguez told SPOT.ph, is Suddenly It’s Magic starring Richard Gutierrez, Lovi Poe, Eugene Domingo and Rhian Ramos. Under Regal and GMA Films, "the romantic drama is about two best friends who fall for the same guy," Dominguez said. Heussaff’s other upcoming movies are a remake of Temptation Island and a comedy film, according to PEP.ph. 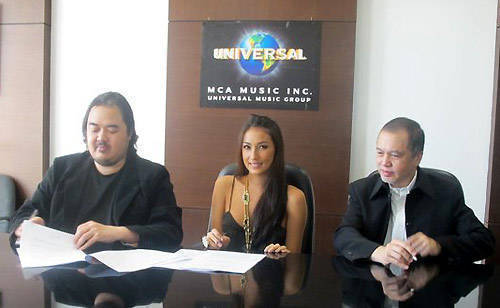 On December 1, Heussaff Tweeted that she has also signed a contract with MCA Universal. "She will do three albums for MCA," Dominguez told SPOT.ph. She will also be a part of GMA-7, she Tweeted earlier today.