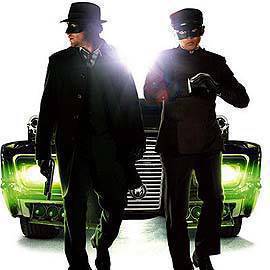 SPOT.ph movie reviewer Paul Daza finds this film amusing, but says director Michel Gondry appears to have "lost some of his creative gifts." 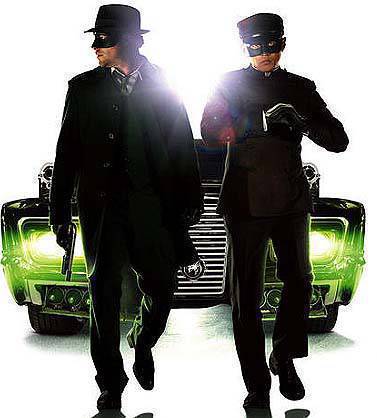 In theaters now is The Green Hornet, Hollywood's big-budget, big screen action comedy take on the story of two masked heroes that's been a radio serial, a comic book, and a TV series.  Though the series ran for only 30 episodes in 1966-1967, it made the legendary Bruce Lee a star in America.

Surprisingly, the movie version is the latest directorial effort of Michel Gondry, who's best known among cinephiles as the auteur behind the wonderful, mind-erasing Oscar winner Eternal Sunshine of the Spotless Mind, starring Kate Winslet and Jim Carrey. Even more surprising is Gondry's admission in interviews that crowd pleasers like The Green Hornet are the movies he prefers to make over more specialized niche fare like Eternal Sunshine. Has Gondry succeeded in making The Green Hornet a crowd pleaser? Or is the movie a waste of its rumored $90 million production budget?

The trailer of The Green Hornet

The Green Hornet stars comedian Seth Rogen as Britt Reid, a sophomoric, party-loving underachiever who inherits his father's media empire when daddy suddenly dies. Jolted by the death to do something meaningful with his life, Britt teams up with his father's martial arts-practicing chauffeur, Kato (Jay Chou), to put on masks and use Reid's considerable wealth to create high-tech tools to fight crime in Los Angeles. With a little help from Kato, the crime-fighting duo becomes known as "The Green Hornet and his assistant." Britt also hires Lenore Case (Cameron Diaz), a journalist with a degree in criminology, to help him better understand how the criminal mind works. She has no idea though, that her boss is the Green Hornet, nor does she suspect that he's using her work to plot his vigilante itinerary. With their mysterious masks and arsenal of state-of-the-art toys, Britt and Kato soon become the talk of L.A., and are quickly marked for death by the city's insecure crime lord Chudnofsky (Christoph Waltz). 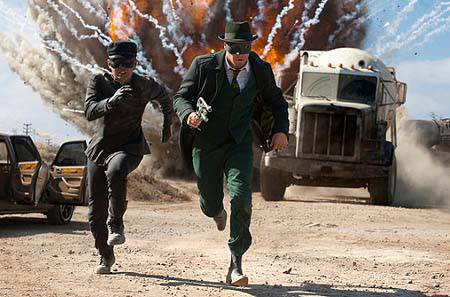 As a proud Asian, I'm proud to report that the best thing about the movie is Taiwanese pop superstar Jay Chou's cool-as-ice portrayal of Kato. It's just a pleasure to see him cut loose onscreen, especially in the scene where he shows what Kato's truly capable of in his first encounter with thugs who are beating Britt to a bloody pulp. Though Chou struggles with his English lines, his effortless charisma and apparent ease with the martial arts demands of the role suggest that he has a future in Hollywood. The multi-talented Chou even knows how to play the piano, and the movie wisely takes advantage of his musical talent, exercising his keyboard skills in a flirtatious scene with Cameron Diaz's Lenore, who triggers a romantic rivalry between Kato and Britt.

As for Seth Rogen, who not only plays Britt but also co-wrote the screenplay and co-produced the movie, he's to be lauded for being humble enough to know that Kato is the real star of the Green Hornet tandem, a sentiment the actor doesn't share with the character he plays in movie. Rogen carries the film alone for the first twenty minutes before Kato makes his first appearance, and Rogen uses the screen time to show the wounded man-child persona that resulted from his father's incessant lecturing. Rogen also has fun with the billionaire playboy aspect of the role. In an amusing scene that's filmed by director Michel Gondry in one uninterrupted fast-motion take, Rogen's Britt makes out with a young lady in seven beautiful vintage cars in his father's garage.

That scene pretty much sums up the script's aspirations, which never go beyond superficial, tongue-in-cheek enjoyment. Though the general concept behind Green Hornet is similar to that of Batman and Robin (filthy rich playboy teams up with a sidekick and uses wealth to fight crime while wearing a disguise), The Green Hornet's tone is a tad more serious than Joel Schumacher's fatally campy Batman and Robin, but nowhere near as deep or as dark as Christopher Nolan's unforgettable The Dark Knight. In The Green Hornet, there are no lines approaching the quotability of Heath Ledger/The Joker's statement, "I believe that whatever doesn't kill you just makes you a little... stranger."

What we do get in The Green Hornet are lines like this:

There's also a scene where Britt has called the editorial staff to a meeting and they're deciding what to call the masked vigilante who has just decapitated the statue of Britt's father. After thinking for a moment, Britt exclaims, "Let's call him...the Green Bee!"

So tongue-in-cheek is the movie's tone that Christoph Waltz, who won an Oscar playing a terrifying Nazi in Inglourious Basterds, isn't scary at all as the main baddie in The Green Hornet, even though he uses many of the same acting tics that won him his Oscar. Even when he suddenly kills those who have insulted him, he doesn't inspire fear in the viewer.

Director Gondry brings the same jokey tone to the fight scenes. Whenever the bad guys threaten him or Britt, for example, Kato sizes up the situation a la Robert Downey Jr. in Sherlock Holmes, assessing in a matter of seconds the threat posed by the bad guys and any weapons they're carrying. What's amusing though is that when Kato takes note of any guns or knives he's being threatened with, they light up in red in his mind's eye, accompanied by an electronic sound, as if he was some kind of robot or terminator processing the scene with an electronic brain. After he's done evaluating the threat, Kato attacks, and the mayhem is filmed in a style that recalls Matrix. How disappointing that a filmmaker who is known for his eye-catchingly surreal visuals in music videos and early films should suddenly become so derivative, especially when he's working with a budget that's way bigger than he's ever been given. Save for a clever use of split-screen in the middle of The Green Hornet, there's no other proof of the visual inventiveness Gondry displayed in his early works.

This one's a mixed bag. On one hand, The Green Hornet has a star-making performance by Jay Chou. On the other, it shows a once red hot filmmaker appearing to lose some of his creative gifts.