5 Things We Miss About Being a Kid 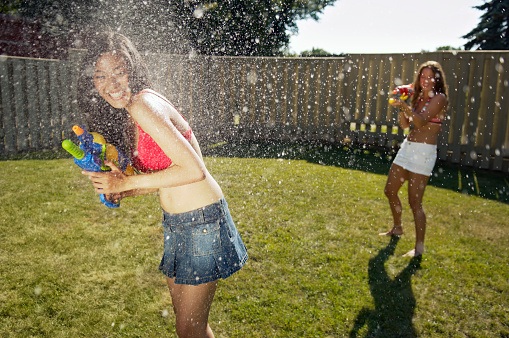 (SPOT.ph) Growing up sucks! You've got all these responsibilities like bills, a job, and loans; you work all day and don't have enough time to play; and relationships are the most complicated they've ever been! Ah, what it would be like to be a carefree kid once again. Here are some of the things we miss most about being a kid.

Natural suspension of disbelief
Or, put simply, if you believed that Santa filled your stocking every December, then he was—there was no other way to understand it. Kids have the natural ability to put power behind belief, which allows them to imagine and dream. Those are two things we sour adults seem to overlook because of too much adulting.

Nap time
Who doesn't miss nap time? Implement mandatory naps within the work day and productivity could improve. We can all follow the lead of several Japanese companies who encourage inemuri—or, “sleeping while present.” The idea is that little naps throughout the day will make people work better. Can we get an amen on that?

Being wide-eyed about everything
When you're a kid, everything is new and magical. Why is the sky blue? Why is grass green? Later on, science will tell you that on a clear day, the sky scatters blue light from the sun, while chlorophyll gives grass its green pigment. That information is pretty much useless trivia now that you're old, but as a kid, you would have felt like a genius to have figured that out.

Clear skin
We're not talking about your pizza-faced pre-pubescent phase. We're talking about the period in your life when you could play in the dirt all day, get sweaty, and still wake up the next day with smooth baby cheeks. Try doing that now and you'll probably need to get a professional facial to clear your enlarged pores.

Living without fear of consequence (sort of)
Back in the day, you could have failed a quiz at school, forgotten to do your chores, or even gotten into a fight. While it's not cool to do any of that, the most you would've gotten would be a stiff reprimand from your folks or a teacher. Try bombing a corporate presentation, or getting into a fight with your boss, and things wouldn't be resolved as simply.

It's pretty common for us old folks to look back at our childhood and recall simpler times. But because growing up is still a trip and an adventure in its own right, it's ok to not go back to being a kid again (besides, who wants to be a helpless, snot-nosed child all their lives, right?)

But for moments when we want a little throwback, there are a few things we can do. Listen to music from back in the day, look at old photos, or even take a bite out of food that's been there since we were tiny tots. Take for example Purefoods TJ Hotdogs: they're still as tender and juicy as they were when we enjoyed them as children, and they speak to the kid that lives inside all of us (especially when they're served on a barbecue stick!).

Check out the video below and relive (along with the featured kids) your own fond memories with a Purefoods TJ Hotdog: