Swiss student found dead in Antipolo in September 2011; Police didn't "speak up" in December 2011, when family offered reward for info
Loading
Already a member? Log in
No account yet? Create Account
Spot.ph is your one-stop urban lifestyle guide to the best of Manila.

Swiss student found dead in Antipolo in September 2011; Police didn’t "speak up" in December 2011, when family offered reward for info

Now, Interaksyon.com reveals that Reich was actually "found dead just hours after he left his condominium unit in Quezon City in September 2011." The report cited information from Chief Inspector Rodelio Marcelo of the Quezon City Criminal Investigation and Detection Unit. 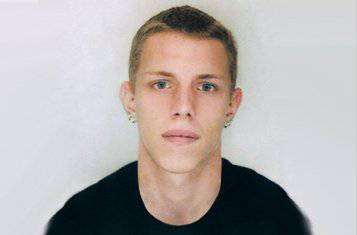 This is a screenshot of the photo posted on ABS-CBNNews.com. The report revealed: "Alex Reich is described as 5.9 feet tall, of slim physique, European with blue eyes and blond hair. He has a large tattoo of a samurai mask on his right upper arm."

Up until December 14, 2011, ABS-CBNNews.com revealed that the family and friends of Alexander "Alex" Reich, 24, were offering a P200,000 reward to anyone who can provide information on his whereabouts. A Swiss national, Alex had been reported missing since September 22, 2011. The report said Alex-who went to "a language school in Quezon City" and stayed at Torre Venezia in Scout Santiago corner Timog Avenue-was reportedly last contacted by his friends through his mobile phone at around 1 a.m. that day.

Now, Interaksyon.com reveals that Reich was actually "found dead just hours after he left his condominium unit in Quezon City in September 2011." The report cited information from Chief Inspector Rodelio Marcelo of the Quezon City Criminal Investigation and Detection Unit.

In a phone interview, Marcelo that they received a call from Antipolo police on Monday (Jan 2), informing them about a shooting victim who matched the description of the missing Reich. Based on data from the Antipolo authorities, "witnesses reportedly heard a single gunshot around 3:30 a.m. of September 22 and saw Reich sprawled on the ground as a car sped away from the scene. Reich sustained a lone gunshot wound to the head."

The question now is this: Why did it take the Antipolo police three months to relay to their Quezon City counterparts the report about Reich’s slaying? Marcelo quipped, "We don’t know why we were only informed of this now as it is the jurisdiction of Antipolo police."

Interaksyon.com said that the Swiss Embassy and Reich’s family has already been informed of Reich’s death. Further investigation is presumably ongoing.

For more on this story, log on to ABS-CBNNews.com and Interaksyon.com.

Alexreich Swissstudent
Your Guide to Thriving in This Strange New World
Staying
In? What to watch, what to eat, and where to shop from home
OR
Heading
Out? What you need to know to stay safe when heading out