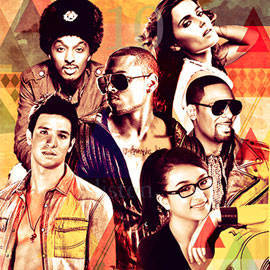 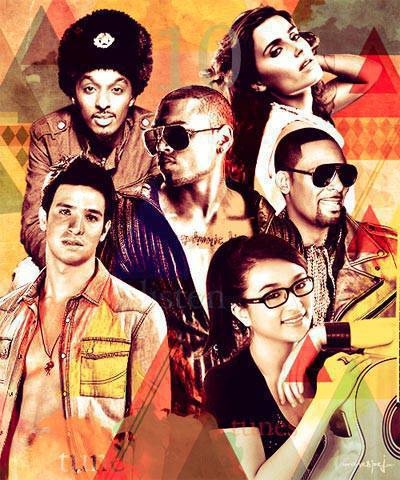 Song: "Turn Up the Music"

The first single off R&B star Chris Brown’s forthcoming album titled Fortune is bound to be a club hit. The electro-pop-dance tune combines superb synths, killer bass, and Breezy’s spotless vocals. Really, you have to turn it up.

Fun fact: The single will be available for online purchase starting February 14, and the album will be released in March.

Zia Quizon wowed us with her smooth, jazzy vocals in "Ako Na Lang." In her second single "Dear Lonely," Quizon releases more edge in her voice. Backed by a band, with a winning violin sound to boot, Quizon croons about struggling with loneliness.

Talk about kick-ass. Nine Inch Nails frontman Trent Reznor, along with his usual writing partner Atticus Ross and Yeah Yeah Yeahs’ Karen O, have delivered a dark, disturbing, and eargasmic take on a Led Zeppelin original. This rendition is for director David Fincher’s adaptation of Stieg Larsson’s The Girl With the Dragon Tattoo.

Fun fact: Reznor and Ross won an Oscar for scoring The Social Network, which is also a Fincher film.

The dancetronica trio is out with an official video for the title track of their latest album Escape. The feel-good, dance-y, trippy, and dreamy tune is perfect for your next road trip.

Song: "Is Anybody Out There?"

Fun fact: K’NAAN is the grandson of one of Somalia’s most famous poets, Haji Mohamed.

The Filipino-Norwegian Pilipinas Got Talent finalist will steal your heart and soul, what with his pretty-boy looks and sexy, jazzy voice. Just take a look at this video for his song "Steal Your Soul" featuring Zia Quizon, which he composed, arranged, wrote, and produced himself.

Fun fact: Markki Stroem played Henry in the local staging of the rock musical Next to Normal.

The song dates back to 2010, when the Icelandic indie-folk group was just starting to make noise in their homeland. It was in December last year that the LSS-inducing track came out as part of their Into the Woods EP. It will be hard to get the playful melody out of your head. And if you listen closely to the words, you’ll realize it’s all about loneliness.

Fun fact: The group gained popularity after winning in Músiktilraunir (2010), an annual battle of the bands in Iceland. Their full-length debut album My Head is an Animal is set to come out worldwide this year.

The jazz-pop quartet has just released their album titled Found. For this month, we recommend the track "Aminin Mo Naman," which features an extra-edgy jazz sound.

Fun fact: The band was formed in 2004 and showcased a strong Silverchair influence.

R. Kelly has released a sexy soul track for his fans. The old-school-sounding ditty is far from his earlier dirty-talk R&B hits. Just take a listen to the light, seductive beats.

Fun fact: His album Write Me Back will be released in March.

Off Taken By Cars’ Dualist album is this danceable, indie-rock track. The electronic touch adds more zing to the tune topped by Sarah Marco’s dreamy vocals.

Fun fact: Taken By Cars will perform in the South by Southwest (SXSW) music festival in Austin, Texas this coming March.