Hot on Spot: Expat's "20 Reasons Why I Dislike PH" Channelfix video sparks online debate
Loading
Already a member? Log in
No account yet? Create Account
Spot.ph is your one-stop urban lifestyle guide to the best of Manila. 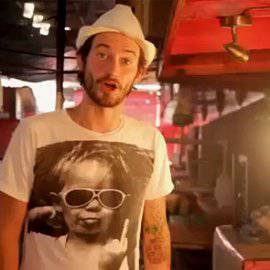 A YouTube video uploaded by user xharlan03x and titled "20 Reasons Why I Dislike Philippines" featuring an expat identified as Jimmy Sieczka has sparked online debate.

"20 Reasons Why I Dislike Philippines" by Jimmy Sieczka (Note: The name Jimmy Sieczka originally appeared with the YouTube video title. But sometime after 9:24 a.m., March 15, the name was removed. Later that same day, the video itself was removed by the user from YouTube. We later found a version of the video, which is the one embedded on this page now, uploaded on the Channelfix website.)

(SPOT.ph) A YouTube video uploaded by user xharlan03x and titled "20 Reasons Why I Dislike Philippines" featuring an expat identified as Jimmy Sieczka has sparked online debate. In the video, Sieczka takes a walk through what appears to be Cebu City. (In one scene, a Robinsons Cebu sign is visible in the background.) As the video title indicates, Sieczka enumerates the things he doesn’t like about the country.

In the video description, the byline Michael Goodman appears and the text reads: "If you think really hard, I’m sure you can come up with a couple reasons not to like something. In the land he loves so much, let Jimmy take you on a lighthearted tour of the negative aspects of living in a crowded country located at the earth’s equator." The video also bears the mark, Channelfix.

What’s first on Sieczka’s "dislike list"? It is, in his words, "a gigantic hole on the sidewalk" that is, for some reason, only temporarily covered up by a trash can. His list also includes vendors who keep pestering him to buy Cialis (allegedly a sexual performance enhancer), the Moro Islamic Liberation Front (as well as its acronym), the lack of proper sanitation in market food stalls, Pinoys’ obsession with whitening products, pollution, plastic bags on the street, drivers who ignore traffic laws, lazy security guards who don’t really provide security, and so on.

Though there were YouTube commenters who didn’t like what Sieczka was saying, there were also those who agreed with him. User Yuusuke020393 said: "I am a Filipino, and I also hate this "side"﻿ of the Philippines." User gregycka11 pointed out: "Come on guys, what this dude talking about is true. There’s no need to﻿ be so pissed [about it]. I LOL’d [at] every f*cking thing he just said. (Criticism) is good, take it and learn from it. Peace." Then again, other users called Sieczka "arrogant," "ethnocentric," and "whiny."

"20 Reasons Why I Love Philippines" by Walter Masley and Jeff Lester (Note: This video was also originally uploaded on YouTube with the names of the men featured in the video cited in the video title. The YouTube video was also taken down on March 15. The version currently embedded on this page is from the the Channelfix website.)

It’s worth noting that the same user who uploaded the Sieczka video also uploaded one that’s titled "20 Reasons I Love the Philippines" featuring expats Walter Masley and Jeff Lester. Nevertheless, some users have also criticized the Masley and Lester video for being "sarcastic."

20 Reasons Why I Dislike Philippines Jimmysieczka
Your Guide to Thriving in This Strange New World
Staying
In? What to watch, what to eat, and where to shop from home
OR
Heading
Out? What you need to know to stay safe when heading out