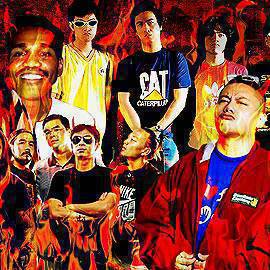 SPOT.ph’s Top 10 Songs That May Be Satanic, Too

We single out tempting, titillating tunes. 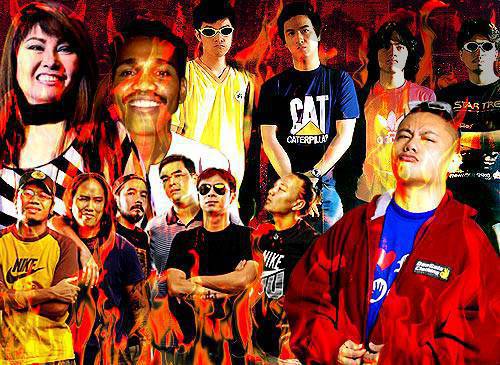 (SPOT.ph) In the wake of protests against Lady Gaga’s Manila concert, Lady Gaga’s song, "Judas," the alleged Satanic symbolism in Lady Gaga’s videos, and Lady Gaga herself, we found ourselves reevaluating our taste in music. We were suddenly overcome by fear that we had somehow channeled some evil vibes from the Devil’s playlist. Because if God works in mysterious ways, then surely the Devil is adept at injecting his nefarious intentions into pop songs. Our renewed vigilance had us singling out some recent and past tunes sung by Pinoys (and one Fil-Am) that may require prayer rallies, too.

All we can say at this point is this: "Forgive us for we know not what we listen to." These are the 10 songs that have led us into sweet temptation. Alas, we’re afraid it’s too late for us to be saved. But you can all go ahead and keep praying for our damaged souls.

Unholy content: As the saying goes, "Idle hands are the Devil’s workshop." That makes sloth the gateway sin. By promoting laziness, this song becomes the Devil’s soundtrack.

Evil lyrics: Tomorrow I’ll wake up, do some P90X/ Meet a really nice girl/ Have some really nice sex/ And she’s gonna scream out: ’This is Great’ (Oh my God, this is great)/Yeah

Unholy content: It’s about a man who is an unrepentant hedonist who spends his night partying and defiling women.

Unholy content: The hypnotic opening of the song is meant to render listeners mentally vulnerable so that it’s easier for them to surrender to the agents of the Beast. Senator Tito Sotto got it right way back in 1995, when he called for the a ban on the airplay and sales of this song because it glorified substances or practices that make you think you’re up in the clouds. Except Sotto didn’t know that the song is actually more sinister than that.

Unholy content: The song might as well be a hate crime anthem, as it taunts a boy who is trying his best not to be led into temptation. It even dares to call on God to take the good boy’s life.

Unholy content: It talks about a pyramid in such grand terms that it’s alsmost as if the song wants to start a pyramid-based religion.

Evil lyrics: Pyramid, we built this on a solid rock/ It feels just like it’s heaven’s touch

Sins glorified: Vanity, blasphemy, slave labor (It disrespects the suffering of Moses and his people, who were enslaved and forced to build pyramids. Thousands of years may have already passed since then, but you don’t move on from an "inherited psychological scar" just like that.)

Unholy content: If Adam and Eve had the Forbidden Fruit, then this song is all about a super-sized Forbidden Processed Meat. Just like the serpent who taunted Eve into taking a bite out of the off-limits fruit, this song dares you to consume the oversized hotdog.

Sins glorified: Gluttony, vanity (showing off the oversized processed meat like a trophy)

4. "Sasakyan Kita" by Gladys & the Boxers with K

Unholy content: The song is like an open call to sinners. Anyone who sings or listens to this song is basically advertising the fact that he or she is ready to sin.

Unholy content: Before there was Lady Gaga, we had Mystica, who allegedly used to work as a nightclub dancer when she was living in the States. Like Lady Gaga, Mystica was fond of wearing provocative outfits and titillating the public with her saucy moves. Mystica was once famous (or infamous) for doing splits while singing. In any case, this innuendo-heavy song is about a woman listing the qualities of her ideal man. It’s clearly meant to make listeners think impure thoughts.

Unholy content: The song is all about a young man who is much too fond of his little birdie.

Evil lyrics: Don’t touch my birdie!/Resist temptation please!/You don’t have to grab my birdie/ Just call it, and it will come!

Unholy content: It’s about a love affair that commences, is consumated, and gets dissolved within a week.

Sins glorified: Pre-marital sex, lust, self-love, and not going to church on Sunday (The lyrics reveal that the person was so caught up in the quickie love affair that she forgot everything else, including her holy obligation.)

Imelda Papin Andrewe. Mystica Parokyaniedgar Eraserheads Blakdyak Brunomars Charicepempengco Gladysandtheboxerswithk Masculados Lady Gaga. Judas
Your Guide to Thriving in This Strange New World
Staying
In? What to watch, what to eat, and where to shop from home
OR
Heading
Out? What you need to know to stay safe when heading out