VIDEO: "Call Me Maybe" with Solenn Heussaff, Anne Curtis, Manny Pacquiao + More (UPDATED)
Loading
Already a member? Log in
No account yet? Create Account
Spot.ph is your one-stop urban lifestyle guide to the best of Manila. 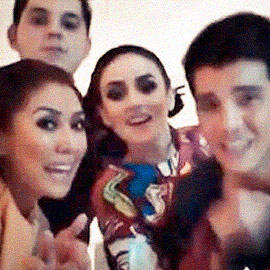 UPDATE: The video, apparently, is a teaser for Preview’s June 2012 issue featuring "It Girls" Anne Curtis, Solenn Heussaff, Georgina Wilson, Isabelle Daza, and Liz Uy. According to StyleBible.ph, "They produced this video themselves with a little help from their equally fabulous friends." You can view the StyleBible.ph article here.

The catchy song has fast become an Internet sensation ever since Justin Bieber, Selena Gomez, Ashley Tisdale, and the boys of Big Time Rush made a viral video with the same concept a few months ago. Since then, it’s become a whole sub-genre of YouTube video in itself, with even the 2012  Harvard Baseball team making their own version. The song’s original music video can be seen here.