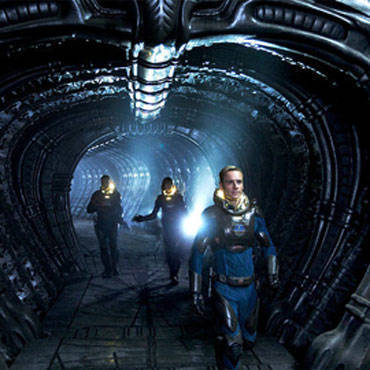 Ridley Scott’s venture into 3D. Did he disappoint?

(SPOT.ph) Set mostly in the year 2093, this sci-fi horror thriller is about a crew of 17 who  journey a couple of light years away to investigate a clue to the origin of the human race. Drawings found in ancient rocks on earth lead them to a distant moon where a nightmarish odyssey of survival awaits them, one whose outcome will determine whether or not humanity will prosper or perish. As ads for the film so eloquently put it, "The search for our beginning could lead to our end."

The soul-stirring opening sequence. Give a master filmmaker a 3D toy box to play in, and the results are always sublime. James Cameron gave us Avatar, Martin Scorsese begat Hugo, and Steven Spielberg animated Tintin. Now, Alien and Gladiator director Ridley Scott has catalyzed Prometheus, a philosophical science fiction nightmare that opens with a resplendent ode to the primordial earth. As if that weren't enough, the scene also comes with the most hauntingly evocative music score (by Marc Streitenfeld) since Daft Punk's score for Tron: Legacy. An IMAX 3D exhibition, Scott's rhapsodic images, and Streitenfeld's celestial music make for a one-two-three knockout punch for any cineaste... and that's just the opus' first two minutes! 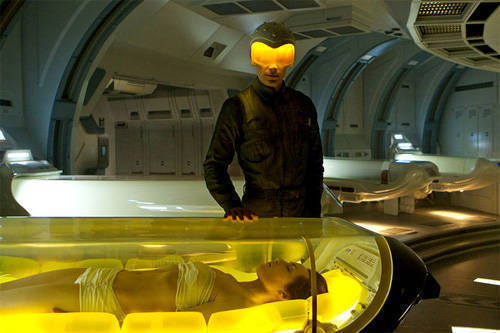 Prometheus has a wealth of futuristic tools.

Those frightening, futuristic toys. Just when you thought there were no more surprises to be had in the overcrowded sci-fi genre, now comes Prometheus with a troika of awesome, futuristic inventions that make the film a veritable showcase of great ideas. First up are the flying probes that render three-dimensional matrixes of uncharted areas, a great gadget for explorers. The pulsating probes are quite impressive...until they begin transmitting alarming data to the exploration team. Second is a marvelous medical tool that can make a decapitated head believe it's still alive, with chilling results. Third is the medical chamber/pod that allows earthlings to have emergency surgery without a doctor. In the film's best and most unnerving scene, Noomi Rapace (the star of the original Swedish production of The Girl With The Dragon Tattoo) has to trick the pod into thinking that she's a man before it will slice her belly open and allow her to get rid of an unwanted visitor. Visceral, bloody and icky, the scene is the likely culprit for Prometheus' R-13 rating from our MTRCB. It's also the set piece that this film will most likely be remembered for.

Michael Fassbender's mesmerizing performance as the android, David. In real life, Fassbender (best known to local audiences as the young Magneto in the X-Men prequel X-Men: First Class) reportedly drew inspiration for how his character would move from Olympic diver Greg Louganis' physicality. In the film, the android learns how to behave like a human by observing how Peter O' Toole talked and moved in the classic film Lawrence of Arabia. Whether Fassbender's David owes his tics to real or reel stimuli, what's undeniable is that his David is Prometheus' most unforgettable character. 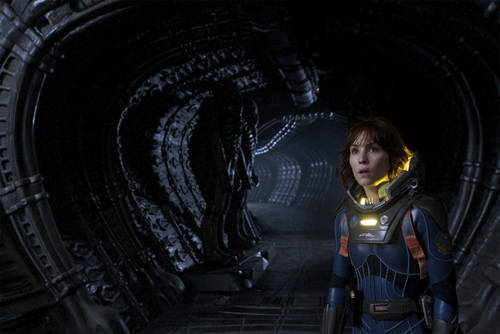 Those killer creatures! Where Alien had a face hugger and a chest-burster, Prometheus has a snake-like mouth-invader and a horrific spider-squid. The scenes where the hapless humans encounter these monstrous extra-terrestrials are nail-biters that won't soon be forgotten.

The superb 3D! As a true cinema visionary, Ridley Scott is one director whose shots are always better lit, better composed, and better color-graded than virtually anyone else's. Nearly every frame of Prometheus oozes with Scott's tasteful sophistication, whether it's an albino muscleman being torn apart by poison, a beguilingly beautiful 3D star map, or a glimpse at a lyrical but pixelated memory. For maximum enjoyment, see Prometheus in Imax 3D.

There are a couple of scenes where Rapace's performance as protagonist Elizabeth (not Lisbeth) is awkwardly amateurish. Did she lose some of her acting chops on her journey from Sweden to Hollywood? On the other hand, Theron's work as the antagonist Meredith Vickers appears to have been cloned from her work as the evil queen in last week's Snow White and The Huntsman. Maybe  she filmed both movies at the same time and had trouble remembering where one role ended and the other began. 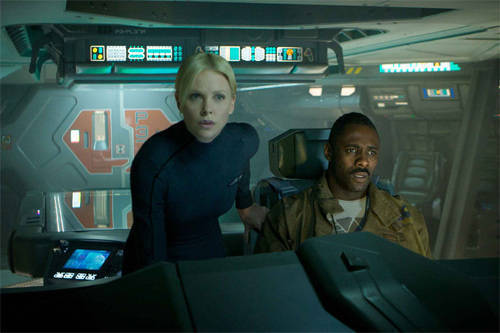 Those nagging, unanswered questions. (MINOR SPOILER AHEAD) Prometheus poses provocative questions about humanity's relationship with its alien ancestors, but the film doesn't answer the most important question of all: what made our makers-called "engineers" in the film-want to exterminate us?

Prometheus is marvelously visualized and held aloft by many superb scenes, but it falls short of being another towering Ridley Scott masterpiece. The script has many intriguing ideas about mankind's place in the universe and his relationship with the gods who created him, but it struggles to tackle these themes with any real depth.

Movie Review Pauldaza Prometheus Michaelfassbender Charlizetheron Noomirapace Ridleyscott
Your Guide to Thriving in This Strange New World
Staying
In? What to watch, what to eat, and where to shop from home
OR
Heading
Out? What you need to know to stay safe when heading out