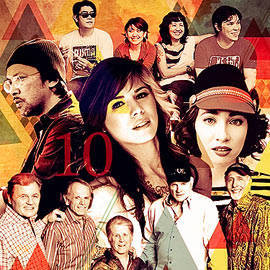 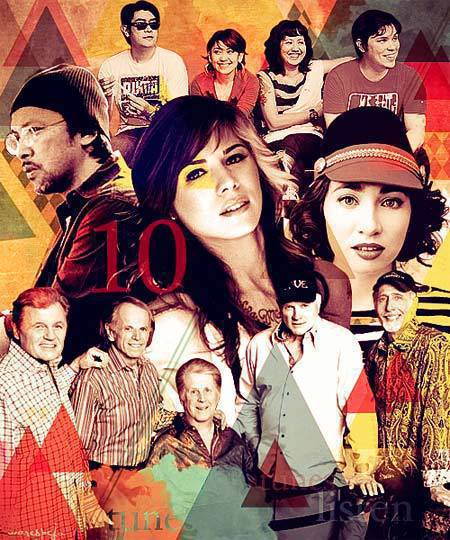 Song: "That’s Why God Made the Radio"

June marks the release of The Beach Boys’ reunion LP of the same title. "That’s Why God Made the Radio" is a dreamy, somewhat cheesy, yet spot-on Beach Boys track-true to the group’s surf-pop and psychedelic-rock roots. The band’s main man and musical genius, Brian Wilson, reunites with surviving original members Mike Love and Al Jardine, plus Bruce Johnston and David Marks, not just for the album but also for their 50th anniversary world tour.

Fun fact: The Beach Boys were inducted into the Rock and Roll Hall of Fame in 1988. The band also took the 12th spot in Rolling Stone’s 100 Greatest Artists of All Time list in 2004.

Song: "All the Rowboats"

Chilly vocals, gripping piano, and sudden blasts of synths make a wickedly dark yet appealing track like Regina Spektor’s "All the Rowboats" off her latest album What We Saw from the Cheap Seats. In this track, the classically trained pianist adds more edge to her whimsical sound known as anti-folk and baroque-pop.

Fun fact: Regina Spektor was born in Moscow and started studying the piano at the age of six.

Edward Sharpe and the Magnetic Zeros is out with a new album titled Here. The latest single, "Man on Fire," stays true to the band's feel-good and heartwarming folk tune. The song's prominent guitars and chants are your perfect companions for the rainy days.

Fun fact: The group's first album, Up from Below, was released in July 2009.

After the tear-jerking tracks "Jar of Hearts" and "A Thousand Years," comes "Distance" from singer-songwriter Chistina Perri. She is aided by Jason Mraz, who throws in some smooth vocals for a winning duet. The two are touring North America together to promote Mraz's album, Love is a Four-Letter Word.

Fun fact: In a Rolling Stone feature, Perri said, "'Distance' is a song about loving someone at the wrong time in your life. Maybe it’s too soon, maybe it’s too late, but nevertheless it’s about being around that one whom your heart longs for without being about to show your true feelings, without being able to tell them."

A lot is expected from the British alternative-rock band that brought us "Spiralling," "Somewhere Only We Know," and "Everybody's Changing." In their latest album, Strangeland, Keane lets out simple, piano-led tracks that bring back the group's old, well-loved style.

The latest single off Imago's album, Effect Desired None, is as poignant as you would expect from the band that brought OPM lovers "Akap" and "Sundo." Aia De Leon's voice is beyond powerful, accompanied by solid guitars and drums.

"Hear the Days Go," off Outerhope's latest EP titled No End in Sight, is an electronic delight. The duo's sweet-sounding vocals combined with enchanting synths will bring you to another dimension.

Fun fact: Siblings Michael and Micaela Benedicto make up Outerhope. The duo started in 2004 and released its debut album, Strangely Paired, in 2005.

Stonefree's inspiring single remains faithful to the band's 90s and alternative rock sound. What makes this a winning track is the simplicity of the melody and the words, delivered impeccably by vocalist Miro Valera. You can't go wrong with that rasp of his.

Fun fact: Other Stonefree hits include "Listen," "LSS," and "Anghel."

Actor and singer Daniel Padilla adds a pop spin to this Rivermaya original. The young star's singing may not be perfect but it shows promise-enough to win the heart of many lady fans.

10 Tunes Music Reginaspektor Christinaperri Imago Beachboys
Your Guide to Thriving in This Strange New World
Staying
In? What to watch, what to eat, and where to shop from home
OR
Heading
Out? What you need to know to stay safe when heading out