The group Yoopee Ep-Ay from the University of the Philippines in Diliman bagged the First Prize with "Pasko na Santa Claus." 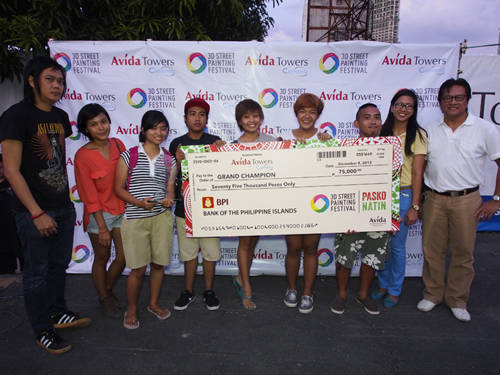 The Second Prize went to Polytechnic University of the Philippines' Creative Artists Group for their entry, "Diwa ng Pasko." The AC TEAM, also from UP Diliman, was given the Third Prize for "Paskong Pinoy." 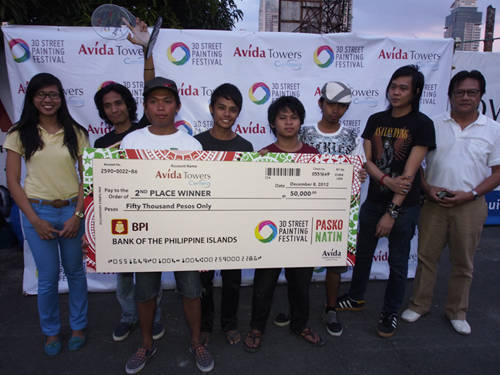 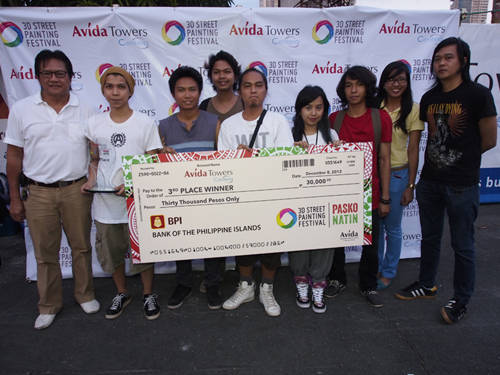 According to Tess Tatco, Avida Marketing Manager, their company is very supportive of projects that help promote and foster Filipino culture.

"We are very thankful that our Filipino artists, from professionals to students, have been very supportive of our competition for the past two years. When you look at their entries, you'll really see the creativity and talent of our Filipino artists. You will really feel the Filipino Christmas spirit. We encourage the public to go to the Avida Towers Centera site and see these artworks for themselves," said Tatco.

She adds that Avida's business is creating sustainable communities that allow Filipino families to thrive. The company wants to ensure that the cultural and social values that are distinctly Filipino gets nurtured and passed on to the next generation. This 3D Painting Competition underscores the importance of what the Chritmas spirit is for Filipinos: unity, family, togetherness, and hope amid adversity.

The Yoopee Ep-Ay of UP Diliman presented a Pinoy version of Santa Claus, which won them the competiton. "Pasko na Santa Claus" shows Santa dressed as a Filipino farmer instead of the traditional Western image of a fat man in a red suit. Pinoy Santa wears a hat of woven nipa leaves. The sleigh becomes a cart drawn by two carabaos. 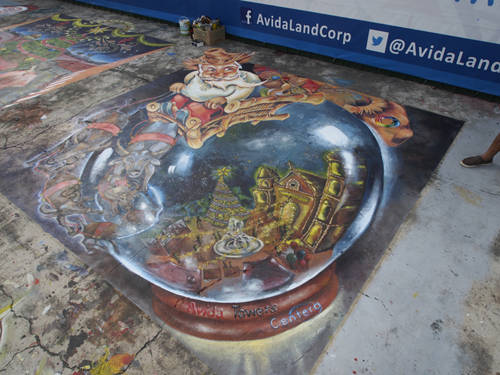 On the other hand, PUP's Creative Artists Group rendered in 3D a happy Christmas scene in "Diwa ng Pasko" where Filipinos are busily but cheerful sprucing up homes and establishments with parol (Christmas lanterns) and other decorations. 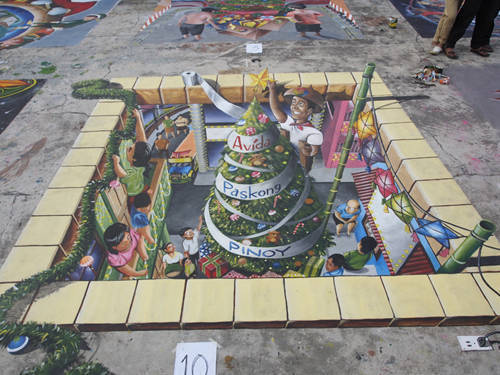 For the AC TEAM of UP Diliman, the Filipino Christmas spirit is best experienced in the simbang gabi, an early morning mass attended by families from December 16 to Christmas Day. Their artwork  illustrates the tradition of faith and family togetherness in the Philippines. 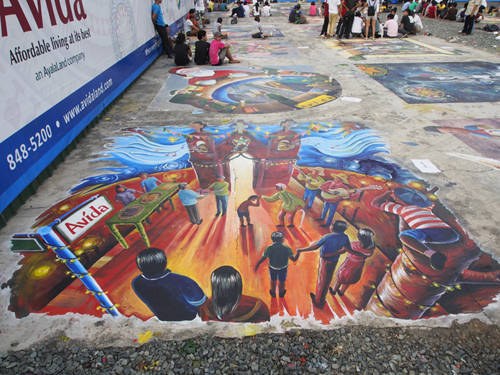 Images of the artworks in the finalists' roster are posted on Avida Land's Facebook page (AvidaLandCorp) and the actual 3D paintings are now exhibited at the Avida Towers Centera site. The artworks are open for public viewing during office hours, from 8AM to 5PM daily.

To get to Avida Towers Centera, just turn right from EDSA (northbound lane) into Reliance Street in Mandaluyong City and go straight ahead till you reach the site's location at the corner of Mayflower Street.