What holds them together aside from the rope and leather? How do they best the rest of us in the mystical art of not breaking up? 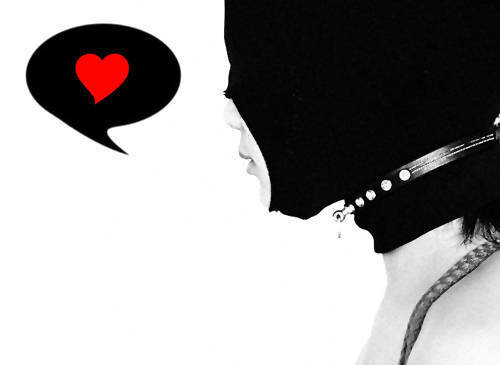 TIP #1: Don't be afraid to tell people what you want, otherwise you won't get it

Vanilla World Relevance: If you really want to get married and you're afraid that if you voice it out too soon you might scare away a potential partner, take a step back and assess if you really want to spend your time and effort convincing someone who doesn't want to commit to have a family with you.

The magic has nothing to do with the fetish but in knowing what you want and not hiding it. There are people who never thought they would find someone who would lick their feet but now their toes are squeaky clean.

TIP #2: Leave the force to the Jedis

Vanilla World Relevance: If you like mountain climbing and your partner likes staying at home, don’t attempt a "compromise" by agreeing to do what each other likes. Anyone can stay at home but mountain climbing requires motivation. Love is a feeling, not a card you can use to make people do things for you.

The Kinksters Say: Consent in the BDSM community is of the utmost importance because it is a tricky, tricky thing. Let's talk about something disgusting for a bit, like piss. This may be hard truth for people to understand but there are people who like pissing on people. Let's debunk the myth that everyone in the fetish world is one homogenous blob of people. This is a specific kink and people who don't want to engage in it are free to reject offers like that. If you're uncomfortable about something, speak up. It's your responsibility to set your limits-don’t force yourself to do anything you don’t want to.

Consequently, don't force people to do things they don't want to. Maybe it's sex, and they're not ready for it. Maybe it's going to bars and they don't like crowds. Whatever it is, always respect people's boundaries. They will get there when they are ready.

TIP #3: Commit to what you can. If you can't be monogamous, don't pretend that you will be.

Vanilla World Relevance: Don’t tell your partner "you’re the only one" when the reality is they could be one of two or more. Breaking someone’s trust is serious business and your partner is entitled to make an informed decision. Some people value fidelity and monogamy and if those are just words to you and not ideas or principles, back the frak off. Find people who share your sentiment.

If you really feel like your heart is big enough for two or more, be decent enough to inform everyone involved. Let people decide if they want to be in that kind of situation. Don't trap them in it because they’re already there and don't force them to stay if they don't want to.

There are people who are open minded enough to understand that if you can hate a lot of people at once then you sure as hell can love more than one person at a time. It happens in real life and there are polyamorous relationships that have lasted for years. There is no hiding, there is no deceit. They do it by treating people like people and not body parts.

TIP #4: Be responsible for each other's safety and sanity

Vanilla World Relevance: Fully knowing that you will be making the other person cry sometimes, try not to incapacitate people by using safety measures. For example, if you know that someone tends to get a little worried when you're out late, shoot them a text telling them you're alive and breathing. Don't let them stay up late panicking over your safety. Sleep deprivation causes depression. These are facts of life. Be nice.

The Kinksters Say: When a submissive and a dominant get together in a room, everything goes primal. It's stripped down to the basics of "I trust that you won't hurt me" because pain is ok but being injured is another matter. The dominant is pretty much responsible for the life of the submissive, making sure that the pain inflicted isn't going to cause any serious harm.

TIP #5: Use safe words, speak up when in pain

The Kinksters Say: Usually, a submissive has safe words to use when the pain becomes a little too much. Physical and mental health always comes first, sadists don’t actually want to traumatize their submissives. It’s much less fun playing with a broken toy.

Have a safe word in life too. There's this thing called sitting down and talking things out, which is a great way of addressing concerns immediately. If there is something that bothers you or if you sense that something is bothering your partner, talk. Anything that is left to stew will fester and rot so unless you want that to happen, keep the lines of communication open and talk as soon as possible.

Let's say you're in one of those successful polyamorous relationships but you're still human and you're feeling insecure and left out. Say something. On the other hand, if you're feeling like your partner is being unusually aloof and quiet, grow some sensitivity and send some lambing and then talk things out.

Photo by Brendan Goco. Relationship advice from Shinobi. Visit his page to know more about the lifestyle.

Advice Relationships Love
Your Guide to Thriving in This Strange New World
Staying
In? What to watch, what to eat, and where to shop from home
OR
Heading
Out? What you need to know to stay safe when heading out