The creators! The comics! The cosplay!

(SPOT.ph) Missed the Philippines' premier comic book convention-and all the awesomeness that came with it? Never fear: we went undercover (okay, not really, we were just kinda standing in the crowd) at the Bayanihan Center last Saturday to give you these shots of Summer Komikon 2013. Pro tip: scroll to the end to see a very sweet and very geek marriage proposal. 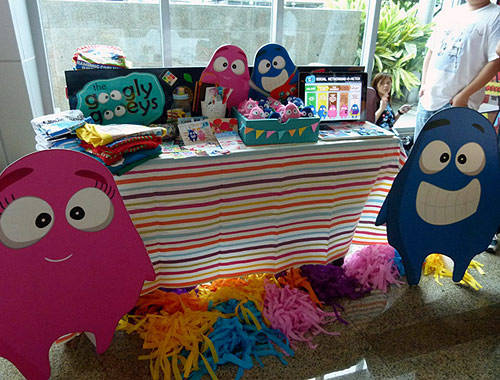 One of our fave booths in the whole shindig. Shirts, pins, postcards, plushies-there was Googly Gooeys merchandise aplenty! We think they would've even sold the pom-poms if you asked. 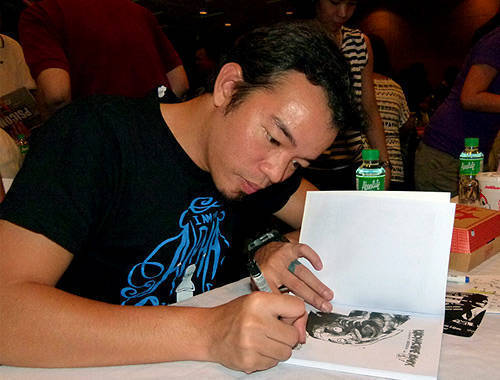 Manix Abrera, creator of the ever-popular Kikomachine Komix and the wickedly funny online comic strip News Hardcore, was a crowd draw. At this year's Komikon, he launched Kikomachine Komix Blg. 9: ILAYO MO KAMI SA IMPYERNO, and as a special treat, made a sketch for each and every Kikomachine fan. 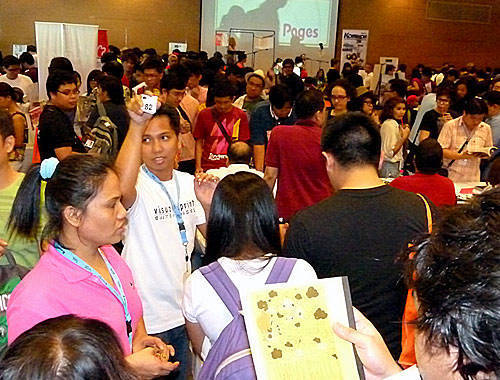 We promised our editor "no crowd shots" but you just have to see this. That guy with the number? He's a barker. For the horde of Kikomachine fans. 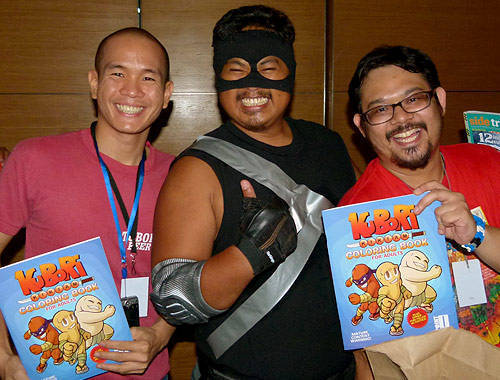 Michael David, Bogart the Explorer and Carljoe Javier ham it up in this shot. David launched the Kubori Kikiam Coloring Book for Adults, while Javier showed a sneak peek of his as-yet-untitled indie superhero movie starring Bogart. 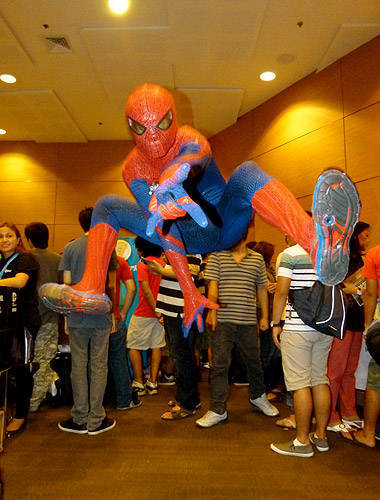 Komikon hasn't had many cosplayers lately but the few it has are amazing. Look out! Here comes the Spider-Dan! 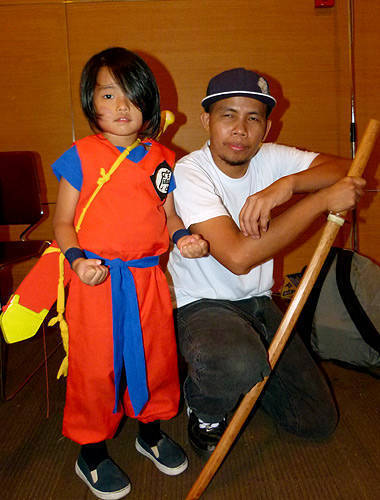 The cosplayers are either amazing or adorable. Quite possibly both. Here's Son Goku with proud papa. 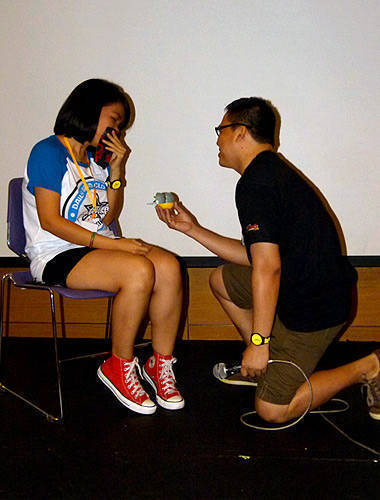 Lastly, yes, this happened. Omeng Estanislao proposes to Aileen Casis with a miniature sculpture he made. Congratulations! True awesomeness does happen in Komikon.