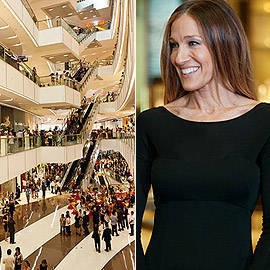 (SPOT.ph) The much-talked-about SM Aura finally opened yesterday May 16 at Bonifacio Global City, with none other than Hollywood celeb Sarah Jessica Parker at the helm of the festivities. Best known for her role as Carrie Bradshaw in Sex and the City, the 48-year old actress is now the new face of the brand's "Love to Shop" campaign. 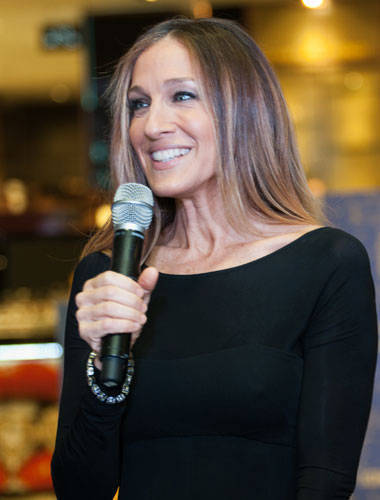 Joey Mead, who hosted the program, took the stage at 5:09 p.m. A minute later, SJP's Jaguar finally arrived. SM President Hans Sy welcomed the A-lister with a bouquet of flowers, and then led her down the carpet to SM Store, where a screaming crowd awaited her. "Salamat po," were her first words. A quick Q&A ensued, after which, the actress cut the ribbon, officially opening SM Aura.

"I am very thrilled, honored, and flattered to be asked to represent The SM Store," said the actress during her press conference which followed the ribbon cutting. "Fashion is something I'm completely familiar with and obviously there's a lot of excitement about this destination, starting with the enormous shoe department." Manila's It crowd couldn't agree more, as the acclaimed retail powerhouse leveled-up with its newest development by offering the biggest brands in the global and local scene in one posh location. 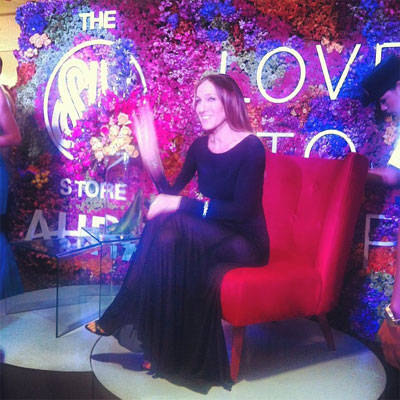 SPOT.ph Editorial Director Myrza Sison posted this photo from the opening on Instagram

When asked about her experience here in Manila, the actress had this to say: "I've always been attracted to cities, and this city is so active and so alive. I've never been here before and I hope that this is the first of many visits that I get to make. I think it's an amazing city, I know that there's so much else to see." Parker reportedly donated $100,000 to the less fortunate communities of Taguig through SM Foundation.

At 4 p.m. yesterday, all five floors of SM's highest-end mall were already abuzz, with each store having their own little party, attended by celebrities and led by their own respective VIPs. It was media nightmare, we must say, as everything was going on spontaneously. But the biggest story belonged to SM Department Store, which dropped the 'Department' from its name and is now known as SM Store. 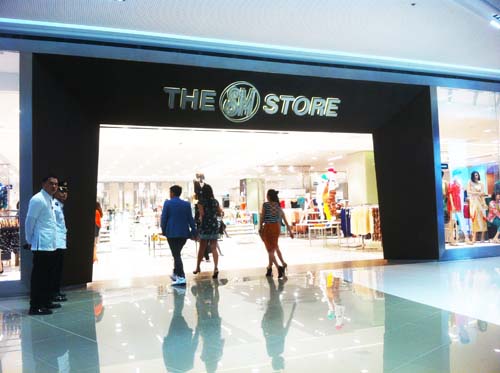 The new mall, which opens to the public today, boasts brands like Forever 21, Uniqlo, American Eagle Outfitters, Stradivarius, Aldo, Charles and Keith, Stefanel, and Cotton On. A foodcourt at the fourth floor, SMX, and theaters make for one complete malling experience. 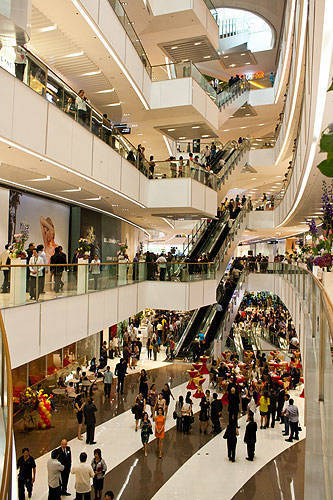