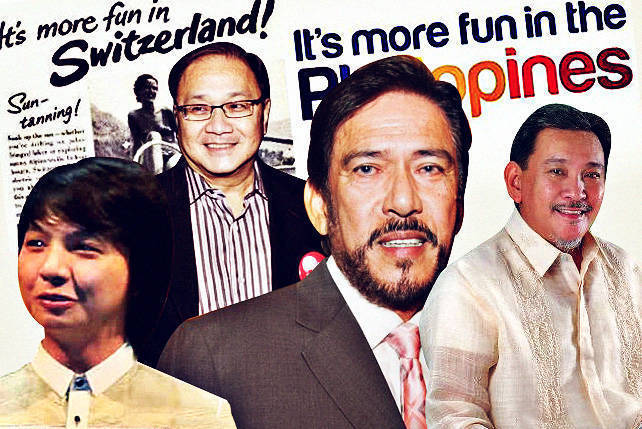 The rip-off stories that made headlines. 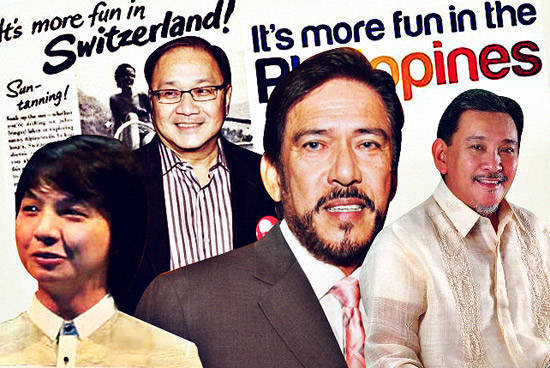 (SPOT.ph) Let’s face it, ours is a country where ripping off other people’s ideas occurs so blatantly all the time. Just consider the names of most sari-sari stores and the logos of establishments which are almost exact copies from other companies. It often seems like everyone is doing it-even the people whom we’d never think would do it.

In fact, the people involved in 10 of the most recent high profile plagiarism cases range from someone who has been described as "a good student" to a Palanca Award winner who’s hailed as one of the finest voicest in Philippine literature. Read on and be baffled by these accused copycats. Some of them owned up to it, some stubbornly denied it, while other may just be victims of circumstance.

The accusation: The Pinoy band has been accused of copying the melody and musical arrangement of an obscure single, "Chandeliers," by 1980s New Wave group, Care, and then using it for their breakout hit, "Pinoy Ako." Their song was used as the theme for Pinoy Big Brother.

The response: When asked about the issue in an interview with Manila Bulletin, the group said, "It saddens us because it’s unfair." They have denied all accusations of plagiarism.

The aftermath: As far as we know, the band has never been sued for the alleged offense. The band members have since gone their separate ways. Lead guitarist/vocalist Clem Castro got kicked out of the band. Thus, he started his own band. He’s now identified as the "frontman" of the three-piece indie pop group The Camerawalls signed under his own label, Lilystars Records. The three remaining band members-Mcoy Fundales, JM Del Mundo, and Ace Del Mundo-formed a new band called Kenyo.

The accusation: In July 2010, Associate Justice Mariano del Castillo was the subject of an exposé done by Newsbreak. They alleged that numerous parts of Del Castillo’s decision on the case involving World War II comfort women were copied from three materials written by legal experts abroad and that the said authors were not properly attributed. According to an ABS-CBNNews.com report, Del Castillo allegedly lifted quotes and footnotes from "A Fiduciary Theory of Jus Cogens" by Ivan Criddle and Evan Fox-Descent (2009) published in the Yale Journal of International Law, "Breaking the Silence on Rape as an International Crime" by Mark Ellis (2006) published in the Case Western Reserve Journal of International Law, and "Enforcing Erga Omnes Obligations in International Law" by Christian Tams (2005).

The response: An ABS-CBNNews.com article noted: "One former justice said it was possible that Del Castillo or his staff may have researched the same materials as cited in the alleged plagiarized articles. Another reputable source hinted that judges and justices are aided by legal staff for research, considering the volume of their work and it is here that the lapse or gap may have occurred."

The aftermath: Though his plagiarism was exposed, Del Castillo was not charged with any crime. He is still one of the associate justices of the Supreme Court.

The accusation: In April 2010, businessman Manuel V. Pangilinan tendered his irrevocable resignation as chair of the Ateneo de Manila University (AdMU) board of trustees after it was found that portions of the commencement speeches that he delivered at the school’s graduation rites in March that year were copied from the speeches of celebrities like J.K. Rowling, Oprah Winfrey, Barack Obama, and Conan O’Brien. To be fair, Pangilinan was not directly at fault. His speechwriters were responsible for the plagiarism.

The response: An ABS-CBNNews.com article reported: "In an April 3, 2010 letter to AdMU President Fr. Bienvenido Nebres, S.J. posted on the AdMU website, Pangilinan apologized to the university and to the 2010 graduating class for giving a speech that had been borrowed from certain other graduation speeches." Pangilinan had also written: "Fr. Ben, this has been a source of deep personal embarrassment for me. I am truly regretful for it. I already have too many battles to fight, and some of them I wish not to have to fight. In this instance, I do not want to, and would seek only the honorable and principled way out. The matter at hand may rest after this public apology, but it gives me a lot of personal discomfort to continue to be closely involved with Ateneo affairs after this incident."

The aftermath: The AdMU board of trustees initially didn’t want to accept Pangilinan’s resignation. However, they had no choice but to let him go. To this day, everyone’s still wondering who exactly wrote those plagiarized speeches. For his sake, we hope Pangilinan fired those lazy speechwriters.

The accusation: In November 2010, barely a week after the Department of Tourism (DOT) unveiled its "Pilipinas kay ganda (Philippines so beautiful)" campaign, people were enraged by its logo. It didn’t help that the slogan had already been slammed by the public. Things just got worse when netizens, like blogger Spanky Hizon Enriquez, pointed out that the logo was similar to the one used in Poland’s tourism campaign. It wasn’t clear who was to blame for the copied logo, as Campaigns and Grey, the advertising agency involved in the project said their role was only "in an advisory capacity." It was implied that perhaps the ideas they suggested were modified (directlyor indirectly) by government officials who wanted to be involved in the so-called creative process. Anyone who has worked for the government knows that many such endeavors often get bogged down by "too many cooks." So, it’s very likely that the ad agency got trapped in the said scenario.

The response: DOT Undersecretary Vicente "Enteng" Romano III was in charge of the agency’s planning and promotions section. He took full responsibility for the "Pilipinas kay ganda" fiasco and subsequently resigned from his post.

The aftermath: The "Pilipinas kay ganda" campaign was replaced by the "It’s more fun in the Philippines" campaign, which had its own share of controversy.

The accusation: In December 2010, UP College of Law Dean Atty. Marvic Leonen submitted his resignation letter to UP Diliman Chancellor Sergio Cao after he was accused of plagiarizing parts of an article he wrote for the Journal of the Integrated Bar of the Philippines. A group of lawyers-who called themselves the Philippine Social Justice Foundation (Philjust)-claimed that the article, which was published in 2004, had segments that "used original source material without proper attribution."

The response: A GMA News Online report noted: "Leonen acknowledged that he failed to supply at least two attributions in the article titled ’Weaving Worldviews: Implications of Constitutional Challenges to the Indigenous Peoples Rights Act of 1997.’ The materials that Leonen borrowed were from the American law professor Owen Lynch’s dissertation and "friend of the court" brief co-written with Romina Picolotti." At the time, Lynch was a visiting professor at the UP College of Law.

The aftermath: Leonen’s students and colleagues lauded him for owning up to his supposedly inadvertent plagiarism. He went on to serve as Dean of UP College of Law until June 2011. In November 2012, Leonen was appointed an associate justice of the Supreme Court, the youngest appointee since 1938. Leonen was then just 49 years old.

The response: Shortly after the blog entry was published, Yuson sent an email to Tordecilla which the latter posted on his blog. Yuson wrote, "I may have mistakenly thought that since I had rewritten Rey Joble’s draft for GMA News Online, I was at least part-author of it. While that is moot, I should at the very least have credited Rey for the original draft. Again, my fault. I own up to it."

The aftermath: While there were some members of the Filipino writing community members who were mad as hell about Yuson’s plagiarism, there were also those who said he should be forgiven because he owned up to it anyway. Tordecilla likewise said that he found Yuson’s apology sincere. 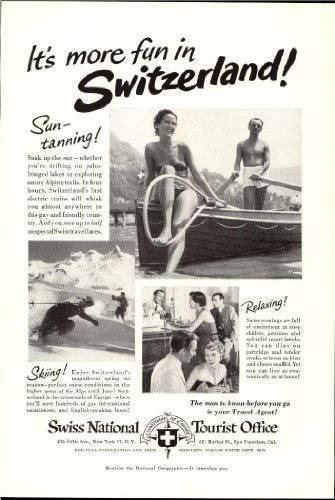 THE "IT’S MORE FUN IN THE PHILIPPINES" SLOGAN

The accusation: By January 2011, the Department of Tourism (DOT) "It’s more fun in the Philippines" campaign had replaced the battered "Pilipinas kay ganda" campaign. But, it wasn’t long before people were also slamming it for ripping off a 1951 Swiss tourism slogan that read, "It's more fun in Switzerland."

The response: DOT Secretary Ramon Jimenez, Jr. was unfazed by controversy over the slogan or tagline.  He said it was "purely coincidental." Instead, he and his team worked to make the campaign viral. For some reason, people were more forgiving with this fun campaign. Or maybe they were still weary from getting enraged over "Pilipinas kay ganda."

The aftermath: "It’s more in the Philippines" is  DOT’s the current tourism campaign. For a time, it fueled a meme frenzy.