Remember, Remember: Will the Real Guy Fawkes Please Stand Up?

This is one of the nerdiest SPOT.ph articles you will ever read.

(SPOT.ph) Guy Fawkes’ face was first popularized by Alan Moore’s graphic novel V for Vendetta but when the big screen adaptation came out, it was immortalized. The first few minutes of the film were dedicated to glorifying his participation in the infamous Gunpowder Plot, and the rest of the movie sealed the association of revolution with his face.

Thanks to Hugo Weaving’s amazing rendition of the character, the stylized Guy Fawkes mask has turned into a symbol of rebellion against injustice, tyranny, and oppression. But who the hell is this guy anyway? To quote Natalie Portman’s Evey, what of the man?

He is sometimes referred to as "the only man to enter Parliament with honest intentions," but before we get behind his effigy, let’s get down and dirty with some actual history! 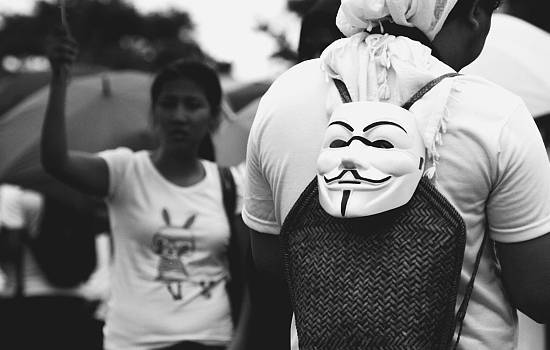 Protester from the Million People March

What is the gunpowder treason and plot?

In 1605, a group of Catholics tried to assassinate the Protestant King James I of England and the rest of parliament by blowing it up. The group, lead by Robert Catesby, wanted Princess Elizabeth (of Bohemia) to ascend to the throne and be influenced to lean towards Catholicism. During those days, the Pope and the Roman Catholic Church had waning influence on the crown and were also being somewhat persecuted.

This goes all the way back to King Henry VIII, who wanted to divorce Catherine of Aragon and marry Anne Boleyn. Yes folks, history is written by pen and pants!

The Church of England broke away from the Roman Catholic Church because Henry VIII wanted to get out of his marriage, which resulted in political disputes between two religious sects that continued under the rule of his daughter from Catherine of Aragon, Queen Mary I, his daughter from Anne Boleyn, Queen Elizabeth I, and the subject of the gunpowder plot, his great grandson King James I. 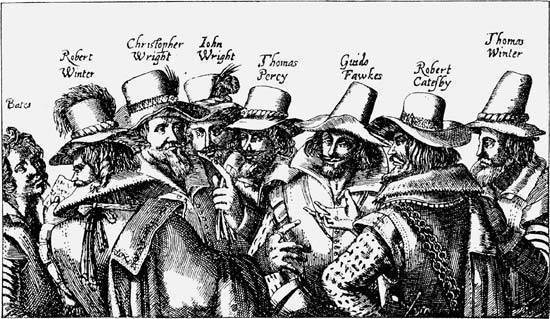 There were 13 men associated with the plot and without the names scribbled there, we wouldn’t even be able to distinguish them. They’re all guys with carefully curated facial hair! (Photo from Britannica)

What exactly did Guy Fawkes do?

Fawkes was introduced to the two leaders, Robert Catesby and Thomas Wintour in 1604. They hatched the plan to overthrow the Protestant government, and when a fellow conspirator, Thomas Percy, was promoted as a bodyguard (Gentleman Pensioner, technically) Fawkes was hired as a caretaker under the fake name John Johnson.

His job description? To light the fuse that would ignite the gunpowder inside the undercroft (a cellar/storage room).

What happened to the plot and Guy Fawkes?

It failed, obviously. A letter alerted King James I to the plot and while the conspirators were finalizing their plan, the King ordered a thorough search of the grounds-and yes, they did find Fawkes in the undercroft next to piles of gunpowder.

Fawkes was tortured for days while the rest of the group were sought out and shot or captured. Those who died during the siege in Holbeche House (on November 8) were lucky. The survivors were to be hanged, drawn and quartered.

Fawkes was to suffer the same fate, but during the public trial and pending execution, he jumped off the gallows and broke his neck while hanging. He saved himself from the agony of being pulled apart in four directions while his insides were drawn out (that’s what drawn means).

He was still ripped to pieces though, and his remains were displayed publicly to serve as a warning-whoever said history is boring? 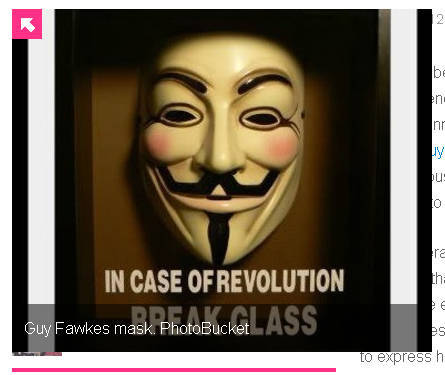 Screenshot of Photo from Examiner

If he's a traitor, why celebrate Guy Fawkes Day?

Guy Fawkes Day, Guy Fawkes Night, Bonfire Night, or Firework Night is not in celebration of Fawkes' heroic deeds. It's a commemoration of his failure to oust the King-a sort of celebration that the gunpowder plot was thwarted. Fawkes was regarded as a terrorist and a religious extremist, deluded into thinking that he is doing God’s will.

However, he is now seen as some sort of hero, proof that history can be re-written by whoever is in power.

What comes after remember, remember the fifth of November?

There are various versions of this rhyme, and here is one of them:

Remember, remember the fifth of November

I see no reason, why gunpowder treason

Should ever be forgot.

To blow up king and parliament.

Three score barrels were laid below

By God’s mercy he was catch’d

With a darkened lantern and burning match.

And what shall we do with him?