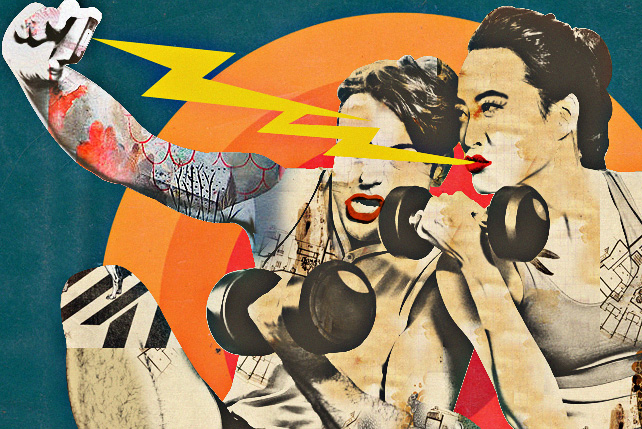 The 10 People You Meet at the Gym

A few minutes with some of these people is workout on its own. 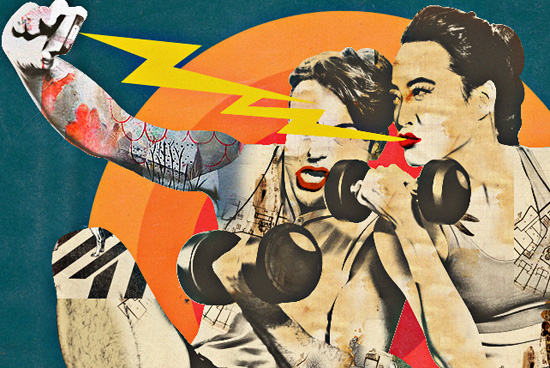 (SPOT.ph) Ideally, the gym is a place where you work on being the better, stronger, faster version of yourself. Alas, the reality is that not all the people you'll meet in the gym shares your enthusiasm for fitness and a healthy lifestyle. We’ve met people who go to the gym just to be able to use the phrase, "I went to the gym," while others need a bit of exorcism. Poor lost souls.

1. The one who just wants to show off, a.k.a. Colonel Flaunters

Flaunty is the kind of guy who enters the gym already in his tank top showing off his hulking physique as if to say, "I lift heavier than you, bro." He won’t hesitate to rub this in your face-physically, if he could. Sweat and all. McFlaunty would rack up the heaviest possible bench press and would not lift it until everyone in the gym is watching. He’ll even look at you looking at him. If he chances upon you lifting your own set, he'll throw a judgmental eye, as if to say, "’Yan lang?"

2. The one who comes with his own soundtrack of grunts and screams, a.k.a. Mr. Pure Energy

Sporting the proverbial "Eye of the Tiger" with an extra serving of determination, this dude has so much energy in him he can power the entire city for a week. He could be busting his balls on the bench press or running miles on the treadmill-he does every set with full-on rage, as if he is waging a war against an unknown foe. Part of you wants to tell him, "Dude, relax. It's just a treadmill. You don't have to scream so loud."

3. The one who thinks two hours in the gym will give him abs, a.k.a. Peter Parker Exerciser

This is the kind of dude who thinks exercise works like a bite from a radioactive bug. He flexes his muscles in front of the mirror after every set, working hard at convincing himself that he's already getting bigger. While lifting weights will surely bulk you up, it must be noted that it's going to take at least a couple of weeks before you can see the slightest change in your musculature. "First session mo pa lang, bro. ’Di pa lalaki yan."

4. The one who desperately needs help

It's painful to see a man trying with all his power to lift weights but does it horribly wrong. Not only will it cause potential injury, but it will also render the entire exercise useless. This is the type of dude who would do bicep curls using a machine meant for leg extensions-and it is not a pretty sight. His determination to get fit is admirable, if only he were open to suggestion. Otherwise, he falls under an annoying sub-category: that guy who desperately needs help but refuses it...although maybe he’s just trying to avoid No. 5. 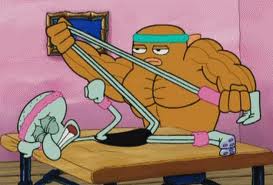 5. The one who thinks he’s there to help everyone, a.k.a. Non-Employee of the Month

This guy thinks he knows better than your trainer. He’ll try to convince you to follow his workout routine. He’ll even give you dietary tips. Think of him as those ads on YouTube. Sometimes you can skip him. Sometimes you just have to wait a bit for him to finish before you get to what you need.

6. The one who goes to the gym to make friends, a.k.a. Jack’s Mouth

He is Jack’s Mouth and he can’t stay closed. He chats with everyone in the gym. He’ll see you approaching the pull-up bar and while you’re there, he starts a conversation about the weather, the basketball game last night, the Pope, the best tie to wear to a party, his wife's pregnancy, his long lost love from high school, and that mole he’s been worrying about. You turn into Mr. Pure Energy and make embarrassing sexual noises, just so he would feel uncomfortable and leave.

7. The one who is a sexual harrassment complaint waiting to happen, a.k.a. Flirty McCreep

This is a stereotype, but bear with us. This guy has abs and he knows it. He’ll do a couple of routines so his skin can shine with sweat...and then it’s off to the ladies (or lads-it happens). It starts with a humblebrag about his workout and things he does outside the gym, followed by an offhand comment about your form. He will then proceed to touch you, under the guise of guiding you. He will do it while flexing. 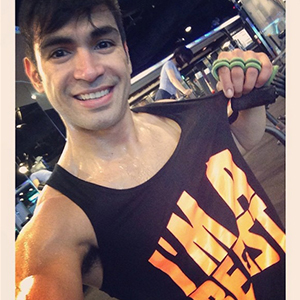 Countless photos of the same damn angle in front of the mirror. You can almost imagine the long line of hashtags he'll be using: #gettingfit, #gymlife, #gym, #fitness, #bodybuilding, #training, #dreambig, et cetera. Taking photos of yourself in the gym has very little correlation to whatever it is you are trying to achieve there. So seriously, dude, #putyourphonedownandstartworking. (We’re pretty sure though, based on overwhelming shirtless evidence, that Carlos Agassi spends a lot of time working out.)

9. The one who needs to wear proper gym attire

Whoa, you’re shirtless again. The locker room is that way. Wait, did we just see your balls?

10. The one who hoards everything, a.k.a. The King of the Gym

He walks around like he owns the entire property. He has no manners or gym etiquette whatsoever. He'll drop his stuff anywhere he wants and thinks he has dibs on everything. He’ll use the machine you're using without asking you if you're done with it. He’ll use the entire dumbbell set and he won’t bother returning them to the rack. He would leave the bench press with the weights still on as if to say to the next person: "Yaya, pakiligpit."

GIFs in article from Tumblr and Giphy. Art by Warren Espejo.

People You Meet Gym Exercise Humor
Your Guide to Thriving in This Strange New World
Staying
In? What to watch, what to eat, and where to shop from home
OR
Heading
Out? What you need to know to stay safe when heading out