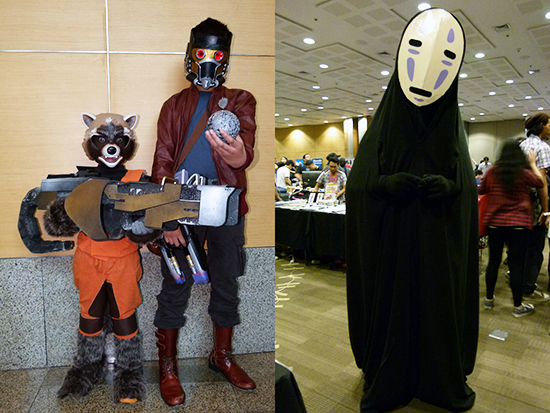 (SPOT.ph) The Philippines' largest and longest-running comic book convention, Komikon, celebrated its 10th anniversary on Saturday, November 15 at the Unilab Bayanihan Center, Pasig City. The event featured comic books (duh), cosplay, and even Kubot: The Aswang Chronicles 2. Check out the 10 coolest things we saw there. 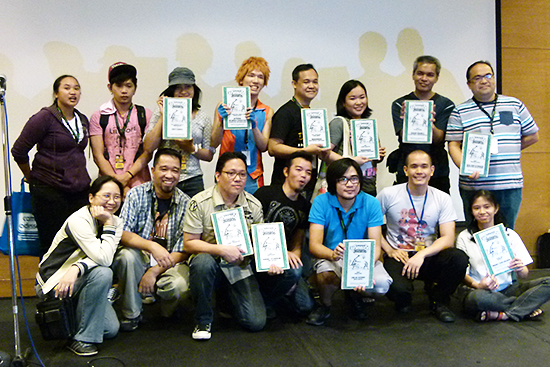 The Komikon Readers' Choice Awards are back this year. And the winners were... 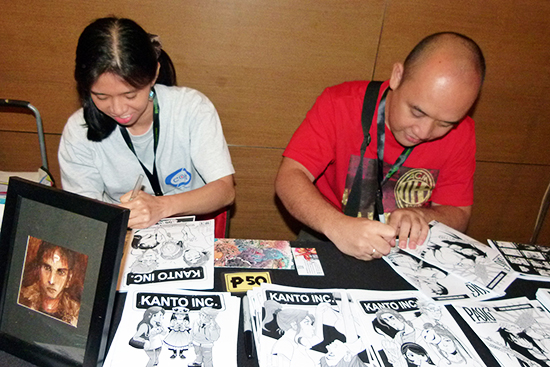 Special guest Melvin Calingo a.k.a. Taga-Ilog (right) with wife and collaborator Joanah Tinio-Calingo signing copies of Pasig and Kanto Inc. for their fans. 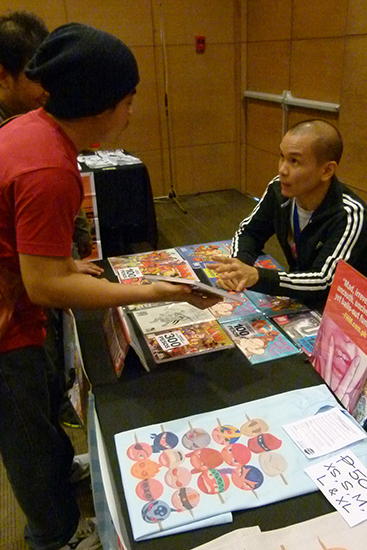 Creator of Kubori Kikiam Michael David (right) sticks his finger into merchandising with T-shirts that feature a rare wholesome design. 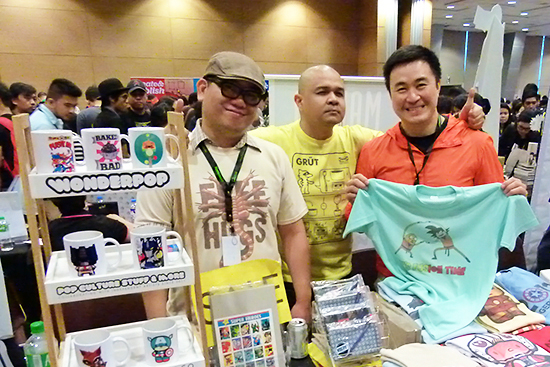 Speaking of merchandising, Komikon usually has many vendors selling a wide range of pop culture collectibles, from imported comic books and toys, to posters and prints by local artists, to T-shirts and mugs like the young men of Wonderpop. 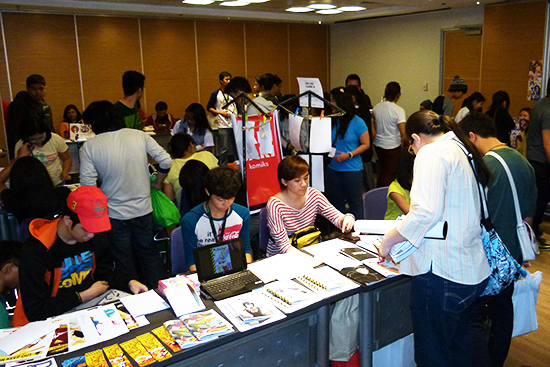 In support of the independent comic book creator, Komikon has the Indie Komiks Tiangge where unsigned artists may exhibit for free. In addition, there is a contest for the exhibitor with the highest sales, won this year by STRVNGE THINGS. 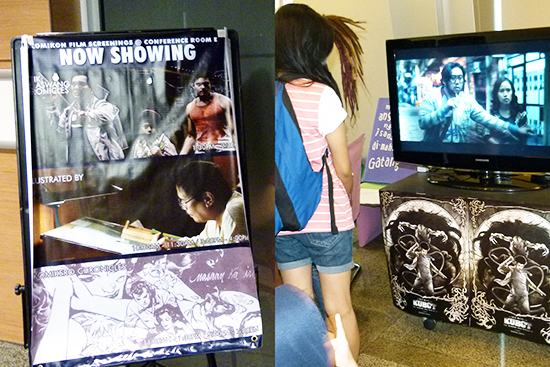 Like the comic book conventions in the U.S., Komikon has grown way beyond just comic books. It now hosts film screenings and movie teasers like for Kubot: The Aswang Chronicles 2 starring Dingdong Dantes and directed by Erik Matti. 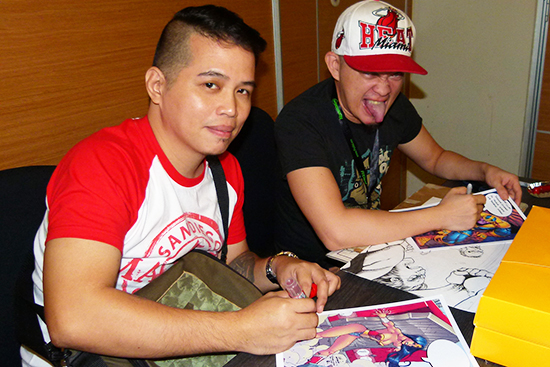 Komikon doesn't have many cosplayers but the few who show up are awesome! Check out brothers Bas, eight years old, and Zey Dela Pena, 15 years old, as Rocket Raccoon and Star-Lord from Marvel's Guardians of the Galaxy. We also saw No Face from Hayao Miyazaki's Spirited Away. 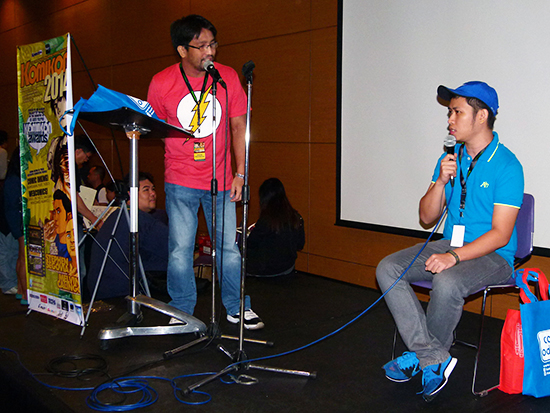 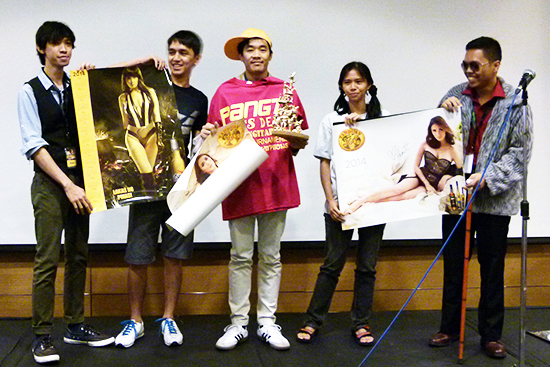 Komikon Kuborikikiam Kikomachine Trese
Your Guide to Thriving in This Strange New World
Staying
In? What to watch, what to eat, and where to shop from home
OR
Heading
Out? What you need to know to stay safe when heading out