A dating app that grades your profile, Chris Hemsworth is this year’s Sexiest Man Alive, and more. 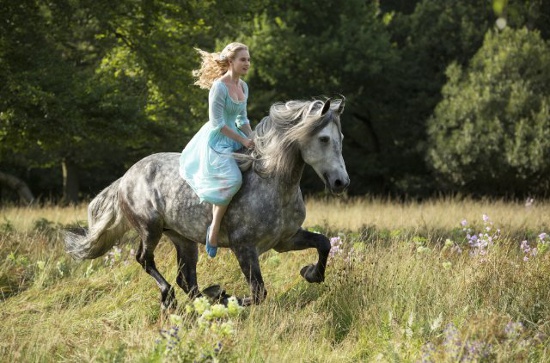 2. Watch the teaser trailer for the Peanuts movie

Hurrah, more trailers! This time, it’s Snoopy and the gang in all their CGI glory. From the looks of it, the beloved beagle is dominating the film slated for release on November 6 next year. Creator Charles Schulz's son and grandson, Craig and Bryan Schulz, are penning the script.

3. A dating app that grades your profile

Here’s an app that schools you in dating. Literally. As its name suggests, The Grade assigns letter grades to users based on popularity, the quality of their messages (in terms of grammar and tastefulness), and how responsive they are.

Those who get an F grade are expelled, and any user who falls below a C grade receives tips on how to stop being such a terrible suitor. The concept stemmed from research that revealed women who used dating apps were "unhappy with [...] low-quality daters and the frequency of inappropriate, hostile and sexually suggestive messages."

4. VP Binay’s condo units allegedly given in exchange for perks

Former Makati Vice Mayor Ernesto Mercado accused Vice President Jejomar Binay of owning units in at least six condominium buildings in the city in exchange for granting property developers certain perks. He claimed that Binay would grant property developers a year’s delay in the payment of real property taxes for their buildings on the condition that they give him condominium units. This would allow developers to save P40 million in taxes, Mercado said.

The visit of acting Department of Health (DOH) Secretary Janette Garin and Armed Forces of the Philippines (AFP) Chief of Staff General Gregorio Pio Catapang to the peacekeepers fresh from Liberia, Africa was slammed Wednesday. "It is a careless misjudgment not only in the actions that they did there but what they projected to the public. We have a protocol and there is no reason why protocols should be violated, because we are endangering the people," said Muntinlupa Representative Rodolfo Biazon, a former AFP Chief of Staff.

"She should be a little bit more careful next time, if there will be a next time. I think she should watch her temperature for 21 days," said Biazon, who has left it to Garin if she would submit herself to a quarantine. He also said the DOH had so far been lax in its protocol as gleaned from its operations in Caballo Island, where the peacekeepers are currently staying.

A bill that seeks to raise the take-home pay of workers by increasing the tax exemption cap for their 13th month pay and other benefits from the current P30,000 to P82,000 has been approved by the Senate on its second reading. The measure also mandates adjustments every three years, due to inflation. The bill has yet to be approved on its third and final reading before it is transmitted for deliberations at the Bicameral Committee.

At present, Republic Act 7833, which was enacted in 1994, mandates that the 13th month pay and other benefits (such as productivity incentives and Christmas bonuses not exceeding P30,000 given to both government and private sector employees) are exempted from tax.

He added that he has also been listening to the opinion of other sectors.

Despite many predicting this year’s Sexiest Man Alive to be Chris Pratt from Guardians of the Galaxy, People Magazine has chosen a different Marvel leading man-the God of Thunder himself. The announcement was made Wednesday on Jimmy Kimmel Live.

9. 10 Adorable Christmas-themed Things to Give You Good Cheer

If you aren’t already feeling the Christmas cheer, these 10 adorable holiday-themed items sure will. From home accessories to cute stationery, these things will perk up any Scrooge.

With just a few hundred pesos, you can explore Pasig City from morning till night. Yes, this includes a museum visit, wall climbing, and even a taste of Italy.