Zoolander 2 is happening + more things you might have missed today

New mall operating hours for the holidays, another Guardians of the Galaxy playlist, and more. 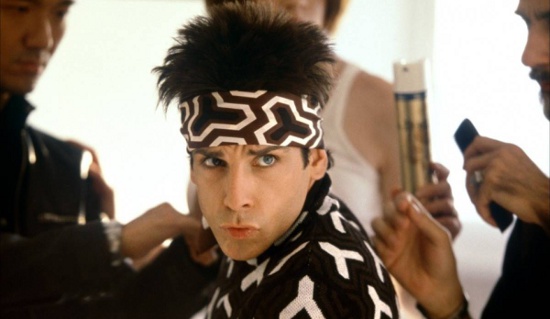 1. A Zoolander sequel is on the way

It’s been more than a decade since Ben Stiller flashed Blue Steel, but he’s back with a new sequel that he is also writing. Although there's no official word yet as to whether Will Ferrell or Owen Wilson will return, Penelope Cruz is definitely in. Why? Well, because she’s really, really ridiculously good-looking.

Beyoncé just dropped two new tracks from the upcoming deluxe release of her self-titled album. For those who can't wait for the platinum edition, the two songs entitled "7/11" and "Ring Off" can be streamed here.

3. James Gunn made another awesome mix for Guardians Of The Galaxy

Music was a very important element in Guardians of the Galaxy, so much so that its soundtrack Awesome Mix Vol. 1 was also a runaway hit. Writer and director James Gunn created a new mix for the "Boots of Jeremih" scene. It’s a high-energy playlist  that he dubbed Awesome Mix Volume 0.

4. There will be new mall operating hours starting November 28

Time to plan your Christmas shopping! Mall operators have agreed with a proposal from the Metropolitan Manila Development Authority to adjust mall hours to ease traffic during the holidays. Malls will now be open from 11 a.m. to 11 p.m., and is set to take effect from November 28 to January 3.

The schedule adjustments were done to ease traffic congestion during the holiday season.

The Philippine government will heed Pope Francis’ request to keep his visit to the country as simple as possible, a Malacañang official said Friday. At a press briefing, deputy presidential spokesman Abigail Valte said the budget for the papal visit in January will be only "for what is necessary."

Pope Francis previously called on the administration to create savings to rebuild areas hit by Typhoon Yolanda instead of spending for his visit.

Senator Pia Cayetano on Thursday night aired her concerns about the Ninoy Aquino International Airport, saying, "One of the important elements for a tourist is comfort in waiting in an airport, and NAIA 2 does not have any decent coffee," Cayetano said during plenary deliberations on the 2015 budget of the Department of Transportation and Communication.

"It's a bad airport to begin with. But there are a lot of little things that we can do, and number one would be, you know, elevate it to what we want people to think. We want to promote shopping, but when you get there, there's no decent coffee shop, there's no place to enjoy," she continued.

Aca-awesome, pitches. The trailer for Pitch Perfect 2, the sequel to 2012’s hit musical comedy is back and it seems the Bellas are competing for world domination. The cast from the original film, including Anna Kendrick, Brittany Snow, Anna Camp and Rebel Wilson, have returned, and are now joined by Hailee Steinfeld and Katey Sagal. Elizabeth Banks makes her directorial debut with the film.

It’s just a little over a month before Christmas! Make your last-minute holiday shopping a lot less crazy with our annual bazaar guide.

2014 is rapidly coming to a close. Have you done any of these silly things on our list?