Disney introduces the first Latina princess, updates on the Ebola virus, and more. 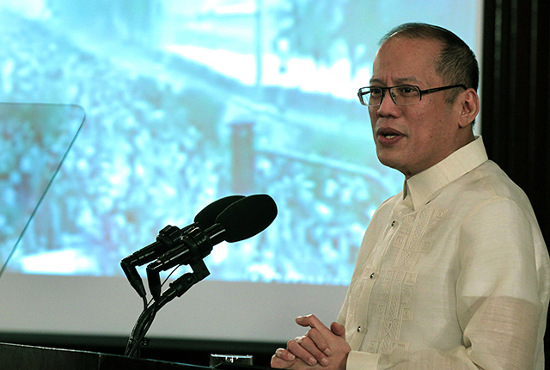 1. The Internet is disappointed because #LateAngPangulo

President Benigno Aquino III was noticeably absent during Thursday’s arrival honors for the slain PNP SAF officers, which led to the hashtag #NasaanAngPangulo. On Friday morning, the necrological services had to be paused because the President had yet to arrive. Netizens took to the hashtag #LateAngPangulo to express their disappointment. One Twitter user said, "Wala ka na nga kahapon, huli ka pa ngayon" while another tweeted, "#LateAngPangulo shows the respect he has for the #Fallen44 . But he is on time and present in other events. Some Commander-in-Chief we have!"

According to the official itinerary, however, the President was scheduled to arrive at the venue at 10 a.m. He arrived a few minutes later.

Speaking at the necrological rites of the SAF policemen, President Aquino recounted how he overcame his own grief at the assassination of his father, saying, "Damang-dama ko ang nararamdaman ninyo." According to reports, he devoted almost half of his speech "recalling how difficult it was to lose his father and how even more difficult it was to move from anger to acceptance."

He also vowed to capture Abdul Basit Usman, one of the targeted terrorists in Sunday’s deadly mission.

3. This website teaches seniors to embrace the confusing world of technology

A new web series entitled Technology: It's Not Just a Guy Thing will soon be launched, aiming to educate and "empower" those who are 50-plus and technologically illiterate. The series will be headed by writer and technology entrepreneur Guy Kawasaki, and new episodes will be released every three weeks until March.

First-class passengers of Qantas Airlines will soon be taking two trips in one flight; one to their destination, the other to virtual reality. The airline allows fliers to use Samsung’s Gear VR headset during flights to digitally explore the Qantas airport, the Australian wilderness, and even the top of Sydney Harbor Bridge. They also promise virtual reality for in-flight movies, but there are currently very few films released in a VR format. For now, the headsets are being offered for a limited three-month trial.

Researchers at the Institut Pasteur say that the Ebola virus has mutated and they are studying whether it may have become more contagious. According to the BBC, scientists are analyzing hundreds of blood samples from Ebola-stricken patients in Guinea to determine its risk of transmission.

6. A deaf candidate of Bb. Pilipinas 2015 was reportedly asked to quit

Christine Balaguer, initially in the list of official candidates released by Binibining Pilipinas Charities Inc. (BPCI), announced via her Facebook page that the organization has asked her to step down from this year's pageant. She confirmed the news with PEP.ph but did not disclose the reason she was asked to leave. "I want to inspire other handicapped people [...] and always move forward no matter what," she said.

Elena of Avalor is Disney’s newest and first Latina princess, and she will be making her debut in 2016 on a special episode of Sofia the First, the network's show for preschoolers. In a statement, Disney described Elena as a "confident and compassionate teenager in an enchanted fairy tale kingdom inspired by diverse Latin cultures and folklore."

In the highly anticipated blockbuster’s new trailer, we get to see an epic battle sequence between The Hulk (Mark Ruffalo) and Iron Man (Robert Downey Jr.). We still have no clue why they go face-to-face, but we do get to see the rest of the Avengers, including Captain America (Chris Evans) and Scarlet Witch (Elizabeth Olsen). Avengers: Age of Ultron hits theaters April 2015.

It was a delicious month of January, and we’ve listed the most noteworthy dishes we’ve tried. Our top picks include incredibly crunchy chicken skin, enormous green tea and macadamia cookies, and more scrumptious finds.

Headed up north this weekend? Don’t forget to drop by South Triangle, a haven for avid foodies and curiosity seekers alike. From an eclectic book cafe to a hidden vintage shop, there’s plenty to see and do in this bustling neighborhood.