Unlike Senator Franklin Drilon, we have not given up. On the truth, especially.

We know it’s confusing, so here’s a handy cheat sheet to Purisimese based on the Senate hearing held today, February 10: 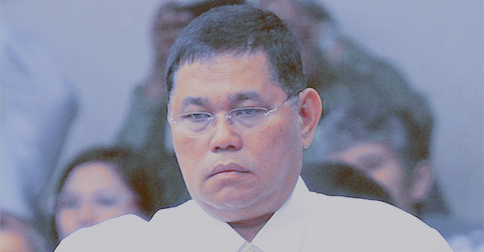 Merriam-Webster definition: to force (someone) to leave a job, position, or place for a usually short period of time as a form of punishment.

Purisimese addendum: to force (someone) to leave a job, position, or place for a usually short period of time as a form of punishment...but that someone will still be performing the functions of said job or position (sort of).

Merriam-Webster definition: an opinion or suggestion about what someone should do.

Purisimese addendum: ...but definitely not an order. You don’t have to follow a four-star general’s advice, even if he is a primary source of intelligence information about your target and mission. It’s just a judgment and is in no way vital to making a decision.

Merriam-Webster definition: to be involved with others in doing something; to take part in an activity or event with others.

Purisimese addendum: ...in Purisimese, being present in a meeting does not necessarily make you a participant. You’re not participating if you’re not talking and if you’re just listening. So basically you’re like a (suspended) fly on the wall hanging out during a (presumably) classified meeting regarding a delicate military and police operation.

Merriam-Webster definition: the process of organizing people or groups so that they work together properly and well.

Purisimese addendum: ...or that thing everyone forgot about before going into a mission to apprehend/arrest an international terrorist, who is inexplicably being "cuddled ([sic]...unless they mean like a teddy bear?)" by a group of armed rebels that we’re trying to make "peace" with.

Merriam-Webster definition: knowledge that you get about someone or something; facts or details about a subject.

Merriam-Webster definition: a series of executive positions in order of authority (e.g. a military chain of command)

Purisimese addendum: ...or the first thing that goes out the window during top-secret missions.