Watch this man propose to his girlfriend every day for a year + more things you might have missed today
Loading
Already a member? Log in
No account yet? Create Account
Spot.ph is your one-stop urban lifestyle guide to the best of Manila.

Lower Meralco rates, Amal Clooney is urged to take on the Fallen 44 case, and more. 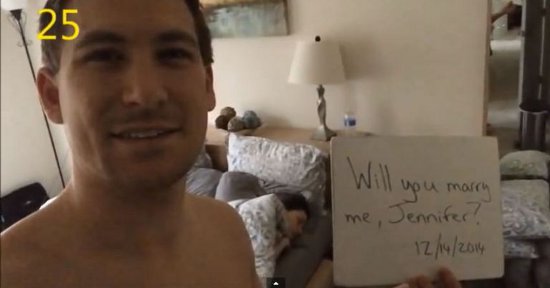 1. Watch this man propose to his girlfriend every day for a year

Dean Smith has been proposing to his girlfriend for 365 days, and she had no idea. He videotaped himself holding up a whiteboard asking her to marry him during random, everyday moments, saying, "...For the next year, I'll show you how much I love you and that you're in my thoughts every day. I want to marry you." The result? A timelapse proposal video that she watched at the end of the year.

2. The first solar-powered flight around the world has officially begun

Two pilots are set to fly a five-month journey spanning the globe without conventional fuel. Instead, they’ll be flying a solar-powered plane, kicking off their trip from Abu Dhabi on Monday. Don’t worry, the pilots will be getting plenty of rest in between  (where they’ll be promoting their clean-technology campaign). 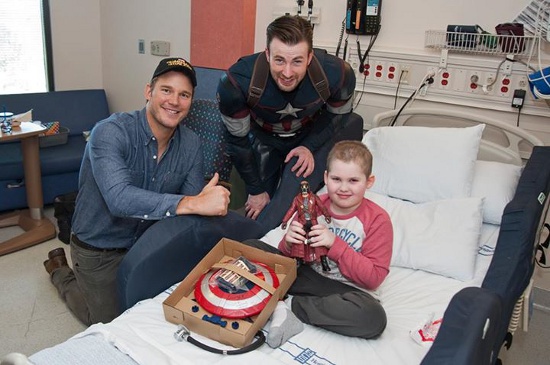 The Super Bowl may be over now, but Chris Evans and Chris Pratt’s infamous bet still isn’t. Instead of betting money, the two wagered charity visits, with Pratt’s being Seattle Children’s Hospital. Evans was dressed as Captain America, and Pratt handed out toys and posed for photos with children being treated at the hospital.

Piolo Pascual and John Lloyd Cruz tied for the Best Actor award at the 31st Philippine Movie Press Club (PMPC) Star Awards for Movies on Sunday night. Pascual earned the nod for his role in Starting Over Again, while Cruz was recognized for his portrayal of a developmentally challenged individual accused of rape in The Trial.  Other winners include Nora Aunor for Best Actress, and Bonifacio: Ang Unang Pangulo for Best Movie of the Year.

You still have a few days to enjoy the cool mornings. The Philippine Atmospheric, Geophysical and Astronomical Services Administration (PAGASA) said that Metro Manila residents can still expect cold early mornings until the second week of March.

6. Meralco rates down this month

Manila Electric Company (Meralco) said rates will be down this month, amounting to a reduction of P19 for households consuming 200 kwh, P28 for 300 kwh, P38 for 400 kwh, and P47 for 500 kwh users. However, officials say Meralco charges are likely to go up for the April and May billing months due to the month-long Malampaya natural gas platform maintenance shutdown on March 15.

Leftist group Bayan Muna is urging international human rights lawyer Amal Alamuddin-Clooney to take on the case of the 44 Special Action Force (SAF) troopers, saying, "Her skills and talents are needed by those who cannot afford legal services in their search for justice like the widows of the SAF 44."

Malacañang on Monday dodged questions on the case filed by British lawyer Amal Alamuddin Clooney against the Philippine government over the continued detention of former president and incumbent Pampanga Representative Gloria Macapagal-Arroyo. "Perhaps one should ask the Sandiganbayan that question," said Presidential Spokesman Secretary Edwin Lacierda.

In a separate statement, the Palace has also said that the "government will respond accordingly" once they receive a copy of the complaint filed before the United Nations.

9. 10 Fresh Tunes to Listen to This March

And just like that, it’s March. We usher in summer and Women’s Month with a dose of new, female-led tracks from the Spice Girls, Taylor Swift, and Scarlett Johansson. Plus, new songs from Passion Pit, Imago, and more!

We will probably never tire of Disney live-action adaptations. The newest reimagined fairy tale is Cinderella, which stars Lily James as the titular character alongside Cate Blanchett, Richard Madden, and Helena Bonham-Carter. Before heading to theaters on March 12, check out our movie review.