They’ve filed a case...now what? 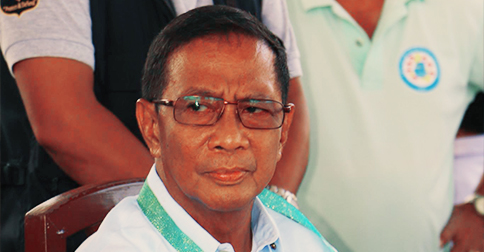 (SPOT.ph) After the circus hearings in the Senate, a case has been filed against Vice President Jejomar Binay. Once, when we were a little more green, we would’ve been feeling like justice is about to be served. But we have seen too much...rather, we’ve seen so little (progress). We have a feeling that any one of these will happen in the future:

1. Someone’s going to get sick. Bring in the wheelchair!

2. A counter-suit will be filed. Delaying tactics, here we come.

3. The court is going to issue a gag order and we’re never going to find out what happened, ever.

4. Someone is going to cry on television.

5. A petition for house arrest or hospital arrest will be filed. But not before a dramatic "going to prison" scene. (No prison will actually be involved.)

7. Some hotshot lawyer is going to enter the picture. (That’s a thing now.)

8. Even if he gets convicted, pardon awaits!

9. In all likelihood, someone’s going to do something more unbelievable than what the Vice President allegedly did and we’ll start thinking he’s not so bad.

10. Nothing. Nothing ever happens.