Still working on that Palanca piece? You might want to read this first.

Incidentally, the deadline for submissions is on April 30. 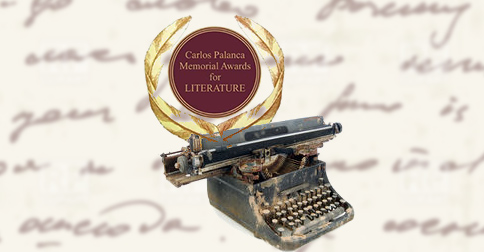 (SPOT.ph) Let’s not pretend that we don’t secretly dream of being introduced as (insert-name-here) award-winning. It starts in school, where we’re motivated to keep attending class in the hopes of getting Best in Attendance. These things exist for a reason and recognizing brilliance is only just. However, when recognition turns into reward, things can get a little tricky. Financial matters always spray a layer of something foul on...things.

For example, there is a tremendous amount of prestige in becoming a National Artist. Obviously, such a distinction should only be bestowed upon someone who has made an impact in their field. A good one, preferably, which is why the whole Carlo J. Caparas issue created so much controversy. One could always argue that he made an impact, but is that impact enough for benefits subsidized by the government, a.k.a. your tax money?

Add to that the issue of Intellectual Property Rights? You’ll have what you call in literature a crucible. On one hand, writers see the merit of having an organization that distinguishes art from Art and promotes it as well. On the other hand, the sketchy rules of who owns the work feels a little unfair to the people who labor over their poems and stories.

On a third, out of place and misshapen hand: Sustainability, which is the most tasteful way of saying that money needs to be made in order to keep the ball(point pen) rolling.

This year, the Palanca body is facing heavy criticism and the usually placid pool of writers in the Philippines are speaking out against some additions to the rules of the competition.

On March 9, Jose Dalisay Jr., winner of no less than 16 Palancas, wrote a memo to the foundation, published in the Philippine Star:

Please correct me if I'm wrong (and I hope I am), but this reads to me-and I wonder who else will read the rules so carefully-practically like a blanket waiver or surrender of one's rights to the present work, including those to one's previous winning works, as well as e-book rights-to the foundation. Unless you explicitly say no, your winning work could also be published in its entirety online and downloaded.

In this age when Filipino writers have just begun to understand the value of their work as intellectual property and to exercise those rights, this rule could be a deal-breaker for many established authors wanting to join the competition, and a rather onerous imposition on new writers dying to get a break.

The sentiment is shared by Alma Anonas-Carpio (a fellow Palanca laureate), who wrote an open letter on the new rules. In summary, the two writers perused the rules and discovered that the wording makes it sound like by joining the competition, you waive a lot of your rights to your own work.

Two more writers, Miguel Syjuco and Paolo Chikiamco, have also expressed their concern on the matter and suggested that boycotting the competition isn’t such a bad idea. Syjuco called the rules "exploitative" and Chikiamco said that the gate to legitimacy (as a writer) seems booby-trapped.

Chikiamco also acknowledges that the legalese is baffling (and potentially frightening as a result), but here are the key bits of Rule 21 that the writers are...uh, writing about:

We’re pasting Rule 21 in the next page, so you can check out the fine print.

21. In submitting the Work(s) the contestant and parent/guardian (if applicable) (the "Contestant") accepts and agrees to the rules of the contest (the "Rules"). In the case of a winning Work or Works, the Contestant further grants and assigns to the Sponsor the concurrent and non-exclusive right to exercise the full copyright and all other intellectual property rights over such Work(s), as well as all intellectual property rights over the Contestant's previous Palanca Award prize-winning work(s) if any, (collectively, the "Work(s)"), and waives all moral rights over all his or her Palanca Award prize-winning Work(s) in favor of the Sponsor.

This grant, assignment, and waiver of rights (the "Sponsor's Rights"), may be exercised by the Sponsor to the extent permitted under existing laws applicable at the time of exercise. The Sponsor's Rights shall extend to all forms of storage, transmission, dissemination, and communication, presently existing or subsequently created. To the extent permitted by law, the Sponsor's Rights shall be worldwide, continuous, and may be exercised by the Sponsor for the maximum time allowed by applicable law. In furtherance of education the Sponsor reserves the right to donate copies of individual winning Works or compilations of Winning Work(s) to public and private educational institutions and public libraries.

To promote Philippine Literature in the modern world of information technology, the Sponsor intends to make the winning entries accessible through the internet or other electronic media, to serve as a literary archive of the contest. The website or other media to be established for this purpose are intended to be a repository of the award-winning Works, recording the history of the development of Philippine literature over the years through the Palanca Awards. In making the Work(s) thus available to the public, the Sponsor intends purely to promote literary appreciation for and public awareness of such Work(s), and not to commercially exploit the same. Contestants must indicate on the Official Entry Form whether they agree to have their Work(s) posted on the CPMA website and made available for downloading by the public for free in the event that a prize is awarded for the entry; in the absence of any indication in the entry form, it is presumed that the author has agreed to such inclusion of the Work. To encourage use for educational purposes, winning Work(s) shall be posted on the website in their entirety. Should any winning author subsequently instruct the Sponsor in writing to include or remove the Work(s) from the Internet archive, such instruction will be honored and the Work shall be included or removed from the Internet archive within a reasonable time from Sponsor's receipt of the author's written instruction. The exclusion of any winning Work or Works from the website shall not constitute a waiver of any of the Sponsor's Rights.

The exercise of the Sponsor's Rights shall not be deemed a waiver of any right of action which the Sponsor of this contest may have against the Contestant if it is discovered later on that said person is not the creator or owner of the copyright to the Work(s) or has otherwise infringed the intellectual property rights of another.