The Ombudsman suspends Junjun Binay, Boracay is tagged a "favorite beach destination" in 2015, and more. 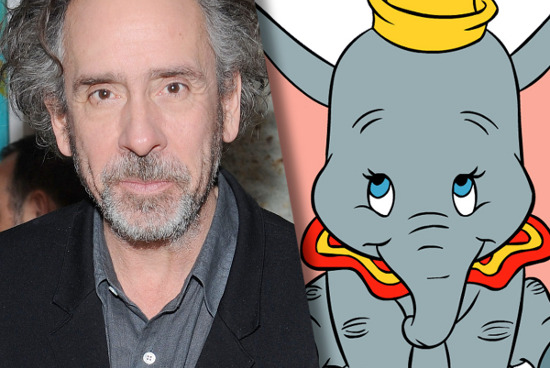 1. Tim Burton is adapting a live-action remake of Dumbo

After Maleficent, Cinderella, and the just-announced Beauty and the Beast comes Dumbo, set to be directed by Tim Burton. Reports say that his take on the animated film will be a mix of live action and animation. What are the odds that Johnny Depp will make an appearance?

2. Watch the new trailer for Pixar’s Inside Out

A new trailer for Pixar’s highly anticipated new movie Inside Out has been released, and we finally have a plot! The film, which gives us a look at the inside of a child’s brain, has Joy and Sadness getting sucked into a different part of the brain, thus leaving Fear, Anger, and Disgust to pilot the little girl’s emotions.

A Los Angeles jury has ruled that portions of Robin Thicke, Pharrell, and T.I.’s hit song "Blurred Lines" committed copyright infringement by "ripping off" Marvin Gaye’s 1977 song, "Got to Give It Up." Thicke and Pharrell must pay Gaye’s family US $7.3 million as part of the ruling.

6. Malaysian travel agents tag Boracay as a "favorite destination" in 2015

The Philippine Embassy in Kuala Lumpur announced Tuesday that Boracay has been declared "Favorite Beach Destination 2015" by the Malaysian Association of Tour and Travel Agents (Matta). The organization praised the island for its "pristine white sands and breathtaking beaches."

Senator Miriam Defensor-Santiago has filed a bill prohibiting employers from "compelling employees and applicants" to provide access to their social media accounts. The proposed measure is said to defend the "fundamental right to privacy" of each person.

On Wednesday, the Office of the Ombudsman ordered the preventive suspension of Makati City Mayor Junjun Binay, "giving way" to the investigation on complaints over the alleged overpricing of the Makati City Hall II parking building. The suspension is effective for six months.

9. The 10 Stages of an Are-We-or-Aren't-We Relationship

Whether you call it MU, HOHOL, or whatever else, many of us have gone through the very confusing stages of keeping it casual...then taking the big step. We chronicle this difficult time with the help of GIFs.

10. 10 Great Places to Eat Your Feelings in Manila

When you’re feeling particularly down and empty, really good grub can be the answer. We give you 10 great places in the metro where you can eat your feelings.