A group wants a drug test for One Direction before their Manila concert + more things you might have missed today
Loading
Already a member? Log in
No account yet? Create Account
Spot.ph is your one-stop urban lifestyle guide to the best of Manila. 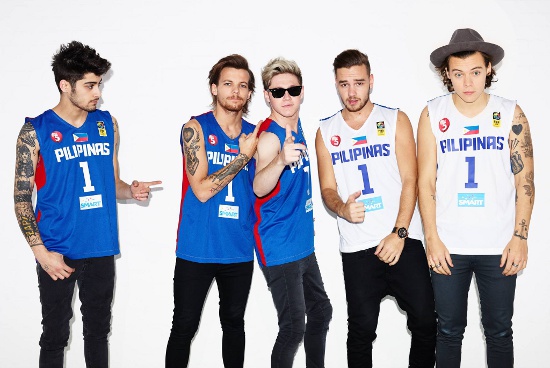 An anti-drug advocate group is asking the Bureau of Immigration (BI) to require members of One Direction to undergo drug test before performing in Manila on March 21. Ferdinand Magisa of Laban ng Pamilyang Pilipino explained, "This is for the welfare of their fans, mostly youth." The move comes after a video of two members allegedly smoking pot earlier surfaced.

2. Watch the trailer for the Kurt Cobain documentary, Montage of Heck

Nirvana fans eager to catch the authorized and critically acclaimed Kurt Cobain documentary Montage of Heck finally have a first look with the newly unveiled trailer. The sneak peek is packed with never-before-seen photos and home videos. It’s set to premiere on HBO in May.

The man behind the Oscar-nominated film Still Alice has passed away at the age of 63. Richard Glatzer was suffering from Lou Gehrig’s Disease (also known as Amyotrophic Lateral Sclerosis or ALS) when he was making the movie. Still Alice earned actress Julianne Moore her first Oscar win.

4. You can now play Cards Against Humanity on your phone

Now you can take the party with you, and play Cards Against Humanity on your phone. A website allows you to play the game through your device’s browser, which you can send to your friends. It might not have an app yet, but you can add it to your phone’s home screen.

Officials of the Land Transportation Office (LTO) held a dry run for new breath analyzers Wednesday night, as part of the implementation of the Anti-Drunk and Drugged Driving Act of 2013. Officials of the LTO, the Metro Manila Development Authority (MMDA), the Philippine National Police (PNP), and local government units are expected to start using the breath analyzers Thursday.

Suspended Makati City Mayor Junjun Binay on Thursday insisted that he will not leave the City Hall, because this would be seen as an "act of surrender." He also added that he "would not let" a member of the Liberal Party (LP) take over because of his suspension. Makati's incumbent vice mayor is Romulo Peña Jr., a member of LP.

7. Weather update: A cyclone may enter PH next week

The Philippine Atmospheric, Geophysical and Astronomical Services Administration (PAGASA) is monitoring a tropical cyclone that could possibly enter the Philippine Area of Responsibility (PAR) next week. The storm is expected to enter by Wednesday.

8. Royalty will be visiting our shores next week

Her Royal Highness the Princess Royal is scheduled to visit next week to strengthen relations between the U.K. and the Philippines, and support her various charities. The Princess Royal, the second child and only daughter of The Queen and The Duke of Edinburgh (that’s Queen Elizabeth II and Prince Philip to you), is also known as Princess Anne.

9. 10 Crazy-Awesome Curry Dishes You Should Be Eating Now

Whether it’s Japanese, Thai, Vietnamese, or Indian, curry can be enjoyed with every kind of protein, vegetable, and either rice or bread. We scoured the metro for the must-try curry dishes you definitely need to check out.

There’s just something about the TV shows we used to watch when we were kids. Maybe it’s the catchy jingle or the fond memories we associate with them. Whatever the reason, one thing’s for sure: We always learned something new. We rounded up 10 shows from the ’80s and ’90s that we miss.