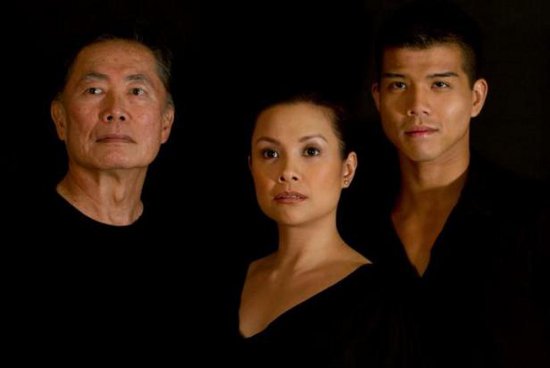 1. Lea Salonga is headed back to Broadway

It’s official! Lea Salonga is returning to Broadway for the staging of Allegiance alongside Star Trek actor George Takei, whose childhood in an internment camp was the inspiration for the musical. Salonga was last seen on Broadway in 2007 as Fantine for Les Miserables. The musical is set to premiere November 8.

2. Watch Robert Downey Jr. give a real bionic arm to a little boy

In today’s heartwarming news, Robert D0wney Jr. gifted a 3D-printed, real-life bionic arm to a little boy named Alex who was born with a partially developed arm. The actor appeared as his famous character Tony Stark as part of the organization Limbitless Solutions’ advocacy to provide 3D-printed prosthetics to people around the world.

Andy Samberg of Saturday Night Live and Brooklyn Nine-Nine fame is the host of this year’s Primetime Emmy Awards, the highest honors in U.S. television. The comedian, actor, writer and producer, whom you might also recognize from The Lonely Island, is set to take the stage on September 20.

Disney has announced that the latest installment of the iconic Star Wars franchise will hit theaters May 26, 2017, 40 years and one day after the release of the first ever Star Wars film. A standalone film entitled Rogue One will also be out December 2016 starring Academy Award nominee Felicity Jones (The Theory of Everything).

Academy Award-winning actor Robert Duvall dropped by the gym where Manny Pacquiao was training on Friday to wish the boxer "good luck" for his upcoming bout against Floyd Mayweather. Duvall has starred in films such as The Godfather Part I and II, Apocalypse Now, True Grit, and more recently, The Judge.

According to the Philippine Statistics Authority (PSA), the latest labor force survey (LFS) showed that the jobless rate dropped to 6.6%  in January 2015 from the 7.5% that was recorded a year ago. The PSA said that the number roughly translates to 2.6473 million Filipinos who now have jobs.

8. The MMDA says to expect heavy traffic this summer

As if the traffic situation in Manila can’t get any worse, here come the roadworks. The Metropolitan Manila Development Authority (MMDA) has announced that three major roads, namely Ayala Bridge in Manila, the Magallanes Interchange in Makati City, and various parts of EDSA, will be undergoing repairs in the coming weeks. The monthlong repair of Ayala Bridge will begin on March 21.

Before you start planning your next out-of-town trip and basking under the sun, you need to have your skin protected from those harmful UV rays. We round up the perfect sunscreen, whether you’re headed for vacation or not.

Who says you need to shell out a lot of cash to have fun in Makati City? For just P800, you can explore this bustling city’s open secrets.