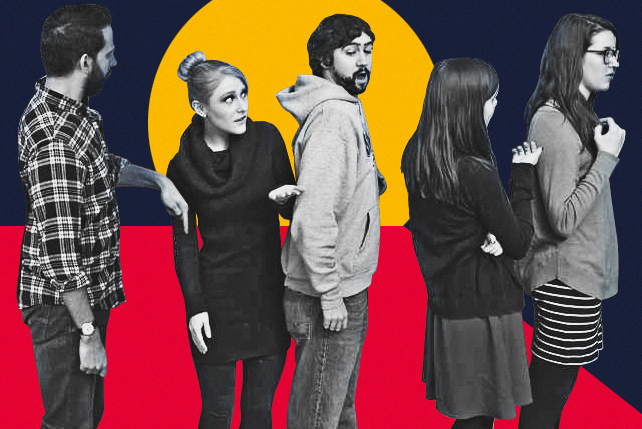 10 Annoying Kapalmuks You Wish You Could Avoid

If these people go to heaven, we'd rather go south. 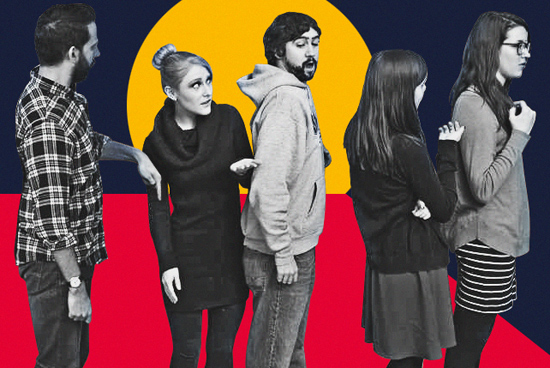 (SPOT.ph) A little confidence is necessary in life and we'll even hazard to say that paying little attention to what other people think of you could make you a better person...if you don't take it too far. The best minds of our generation are trying to find the boundaries of the universe, because limits are nice.

Having a bit of courage is okay, but there are times when people have so much of it, they turn into one of the 10 annoying kapalmuks we wish we never have to see again—in this life or the next.

The one who cuts in line

Frequently seen on the MRT platform, these kapalmuks blatantly disregard rules and are giant turds on everyone's worth as a human being. Think about it. They act like they're better than the rule and they're essentially telling people that their time is infinitely more precious than anyone else's. Watch out for kapalmuks who steal cabs, too!

If you point out that they're not allowed to do something, they get all huffy and make snide remarks. For example, you tell them that they're not supposed to stand in walkways and they make fun of you for being square. Ask them not to litter and they deliberately throw more trash. Shush them in cinemas and they just laugh then talk louder. It's like they don't want a nicer world to live in.

The one who's always asking for favors

They liberally use terms of endearment, too. You can easily spot them on Facebook. Check your message history and identify that friend who never fails to message you when they need more likes or votes on a thing. Out in the real world, they operate in pretty much the same way—there when they need you, gone when they don't. (See also: That officemate who dumps all the work on you.)

Feeling mo, pogi ka? These people think that just because you're giving them a chance and you're actually being a nice human being, you're automatically gaga for them. Yuck.

The one who can't get enough of freebies

Extreme levels: They bring plastic containers to office parties and buffets in general. They attend anything for free things—and they have the nerve to complain about the quality of what they're getting. Who raised these people? Wolves have better manners. (If you close your eyes and concentrate really hard, you can hear them say, "Libre mo? Dapat pala um-order pa ako ng marami!")

The one who borrows things and never returns them

Especially money. Why is it that you feel bad when you have to ask them for your stuff or cash back? Shouldn't they feel the shame of taking advantage of your kindness and generosity? Oh, bother.

Say you're at a party and you're sipping wine quietly. Someone being rowdy bumps into you and causes the wine to splash on your dress, which happens to be white. The kapalmuks will blame you for being where you were and he'll even tell you that wearing a white dress is stupid. In a more corporate environment (or any variant of "group work"), this kapalmuks is likely to say, "Bakit kasi binigay mo sa akin 'yang trabahong 'yan, alam mo namang magkakamali ako."

The one who can't be bothered to apologize

It doesn't matter if, in the MRT, this kapalmuks hits your face with his or her elbow so hard that your nose starts bleeding. You won't get so much as an embarrassed glance or a shameful wrinkle on the forehead. Blank stares all around. Your feelings, both physical and emotional, are irrelevant to this kapalmuks. What's worse is when this kapalmuks is someone you know and they hurt you and they don't even want to acknowledge that you actually have feelings.

The one who takes the credit for someone else's work

It's not like you're not a team player...but what does a person have to do to get a bit of appreciation? You know, aside from actually helping out and contributing? It's bad enough that this person is receiving praise for something you know for sure he didn't do on his own. He can't even throw a crumb of credit to the people who were nice enough to support him.

The one who holds your past mistakes over your head forever

Too real, but it's something that must be said: Whoever that person is, he makes mistakes just as much as you do. It's an annoying kapalmuks move to berate people for making errors. It's also hypocritical. Shame, shame.